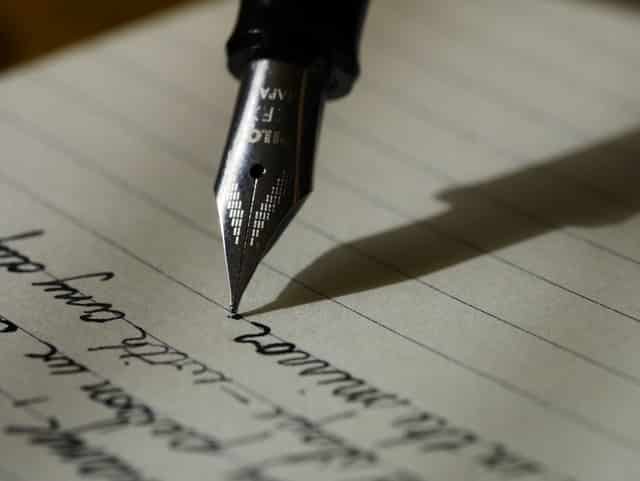 There is always a desire to know what people have said. People wrote down what their religious figures preached in early societies. They wrote down their king’s and queen’s calls to arms. They wrote down answers from interviews and press conferences in early industrial societies. These public records have been historically important but is not that people are looking to be of historical significance. Public or private, every record holds a certain degree of power. Human transcribers have been at the heart of it, but now though they’re being removed: they are writing the programmes which will record the speeches. They are looking to record creation.

A common place for salaried transcribers to be – either that is their full job responsibility or it only an aspect of it – is in formal settings.  They are there sat front-and-centre in courtrooms, recording opening statements, arguments and judges’ rulings. They are tucked away in business meetings, turning future-concerning discussions into text for the files or for distribution as a memo. They are typing up notes and thoughts from Dictaphones for analysis and reference for crafting world-renowned adverts, as was regularly seen in Mad Men. They are transcribing live speech or recorded speech. To do this live however requires speed and accuracy; the typists are well-trained, often undertaking courses or associated degrees to reach a standard which is employable.

Hiring transcribers, though, is expensive. Indeed, especially now as there is a shortage in the American court system. For businesses to use professional services which supply transcription services, the pretty penny they cost covers wages and expenses for the day, if they have to travel to the business or courtroom.

This is where things have begun to change.

AI is becoming more common. It’s speech-to-text capabilities – or at least capabilities which share similarities with them – are being flexed by the various digital assistants on the market: Alexa, Google, and Siri, for instance. Consumers are getting used to dealing with hands-free, voice-controlled technology.

In the courtroom, voice to text transcription services powered by AI are being built by businesses like Verbit and being gradually implemented – especially as there is a lack of transcribers to fulfil duties. The professional services branch of this technology is available for business meetings too as well as transcribing corporate videos for training.

Businesses like Verbit state that their programmes have 99% accuracy and they’re competing very well with human transcribers. This accuracy stems from many abilities. Namely that they can distinguish speech and audio, accounting for dialect, accent, and language but also can understand colloquialisms and context so that words like ‘bear’ and ‘bare’ do not get embarrassingly confused. The AI learns as much as it is shown.

It cost of this technology has cheapened and cheapened over the years, as is usual with any technology. It is not just for professional services, though. Apps can be downloaded onto an individual’s smartphone to fulfil speech to text tasks. This is great news for differently abled people, who can use different tools to talk with friends and families and complete professional tasks.

There’s also the development of live captioning. As media becomes more and more internet-based, the potential audience is wider and wider. Streamers like Nickmercs and CouRage often play video games for many thousands of people live, every day. What this live captioning enables is real-time captioning for live visual and audio feeds so that differently abled people and non-native speakers can access the content. This has obvious benefits for the business industry too, as online events become normal to save on travel expenses.

Where and how speech to text technology will go next is anyone’s guess. But as its implementation and use in wider life quickens, along with its developments, it’ll understand it as we do.