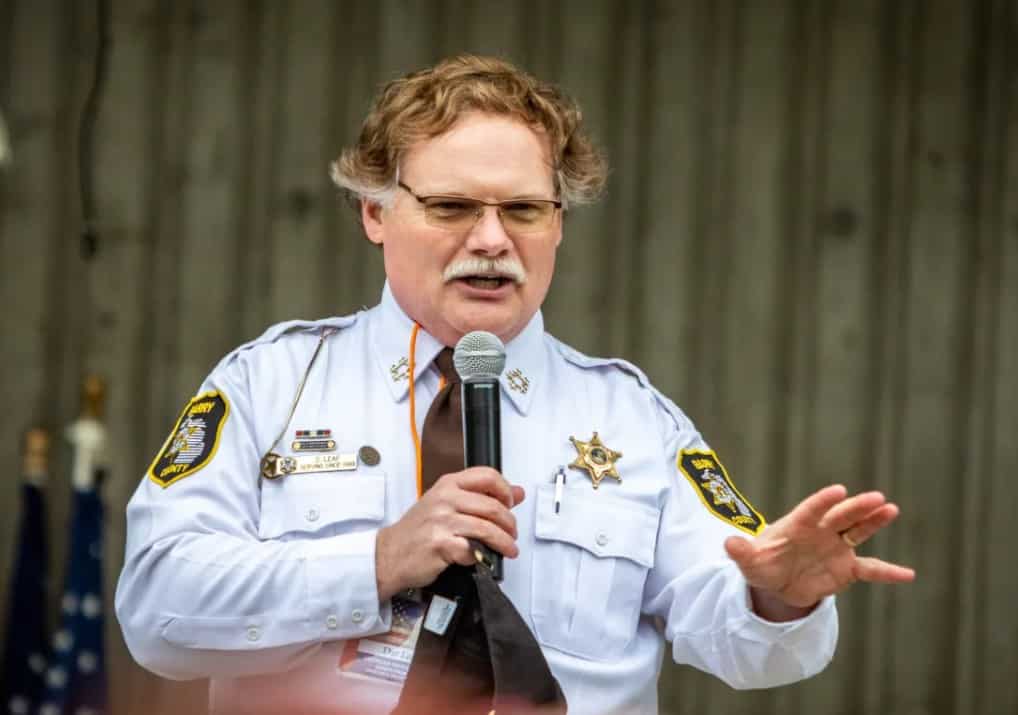 Suppose that over the course of a few months, a small band of armed militants has coordinated strategies to distribute firearms and take over the nation’s capital by force through a website on the clandestine “deep web.” All indications show that the group is dead serious in its intentions, but they’re thwarted by an FBI investigation that leads to arrests.

While sharing information and discussing ideas — even distasteful ones — is generally protected as free speech, the FBI believes this crosses the line. The alleged ringleaders of the plot are charged with “seditious conspiracy” (simply referred to as “sedition“), a federal crime related to treason and other anti-government offenses.

Sedition is a serious felony punishable by fines and up to 20 years in prison and it refers to the act of inciting revolt or violence against a lawful authority with the goal of destroying or overthrowing it. The following provides an overview of this particular crime against the government, with historical references.

The federal law against seditious conspiracy can be found in Title 18 of the U.S. Code (which includes treason, rebellion, and similar offenses), specifically 18 U.S.C. § 2384. According to the statutory definition of sedition, it is a crime for two or more people within the jurisdiction of the United States:

A GOP SENATOR JUST SAYS NO TO SEDITION

“It’s completely unacceptable. The president should give up trying to get legislatures to overturn the results of the elections in their respective states.”
~Senator Pat Toomey https://t.co/d2mhxeoGQ8

In order to get a conviction for seditious conspiracy, the government must prove that the defendant in fact conspired to use force. Simply advocating for the use of force is not the same thing and in most cases is protected as free speech under the First Amendment.

For example, two or more people who give public speeches suggesting the need for a total revolution “by any means necessary” have not necessarily conspired to overthrow the government. Rather, they’re just sharing their opinions, however unsavory.

But actively planning such an action (distributing guns, working out the logistics of an attack, actively opposing lawful authority, etc.) could be considered a seditious conspiracy.

@realDonaldTrump is just a #criminal guilty of #sedition.https://t.co/M046H96Uq9

This has got to sting @RepMichaelWaltz! I am sure that the @orlandosentinel will not endorse your run in 2022, but then again you might be in prison for #sedition. #JustSaying

So, are you a proud member of the #SeditionCaucus? Asking for a friend… https://t.co/wkwhpoPdKk

#SEDITION! 👉AT WHAT POINT DOES #AMERICA REALIZE THAT #Trump #TrumpSycophants #Republicans #Putin & #WhiteSupremacist Are trying to #Overthrow #Democracy?! #RepublicansAreSeditious pic.twitter.com/fhyCWNjBDF

Ultimately, the goal is to prevent threats against the United States while protecting individuals’ First Amendment rights, which isn’t always such a clear distinction.

Sedition differs from treason (defined in Article III of the U.S. Constitution) in a fundamental way. While seditious conspiracy is generally defined as conduct or language inciting rebellion against the authority of a state, treason is the more-serious offense of actively levying war against the United States or giving aid to its enemies. Another way of looking at it is that seditious conspiracy often occurs before an act of treason.

Many of the more high-profile seditious conspiracy cases won by the U.S. government involve Puerto Rican nationalists plotting to overthrow the U.S. and assert their independence. The first was Pedro Albizu Campos, who (along with nine accomplices) was convicted of sedition in 1937 and jailed for 10 years for attempting to overthrow the government.

He and others had been active members of the Nationalist Party, which (according the U.S. prosecutors) was aimed at independence through force. Other, similar cases involving Puerto Rican nationalists followed.

More recently, in 2010, nine members of a militia group called “the Hutaree” spanning Michigan, Ohio, and Indiana were charged with seditious conspiracy on suspicion of planning an armed conflict against federal, state, and local law enforcement. They were acquitted by a judge in 2012, however, due to insufficient evidence.