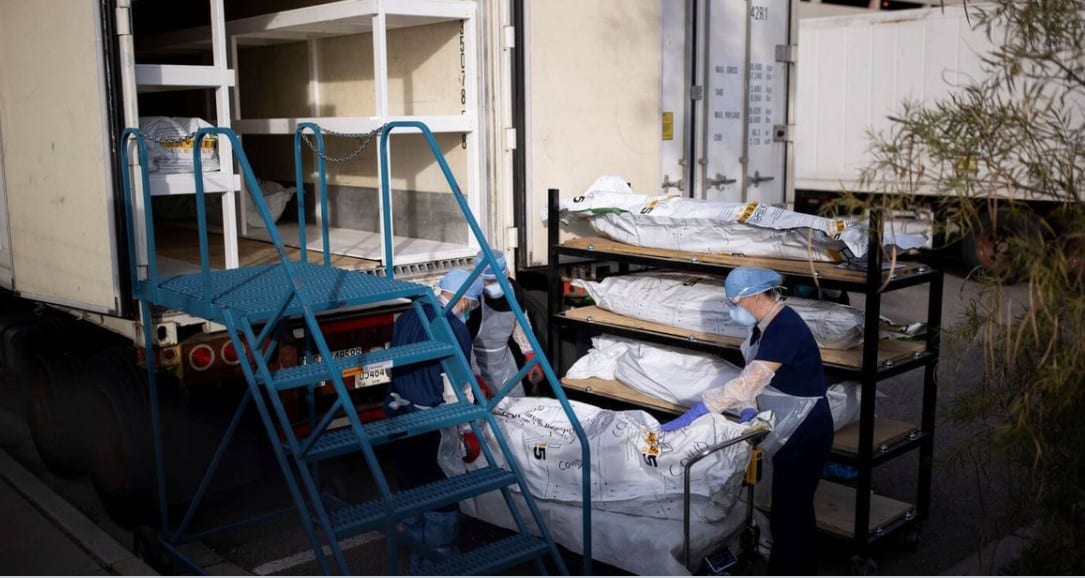 VT: Arizona said it had 175 beds available for COVID patients but when a physician tried to place a patient in one of those beds…the facts came out, they were a lie.

Arizona is dying and their health officials are lying.

Daily Beast: Dr. Cleavon Gilman says he was told his Arizona hospital no longer wanted his services after he sounded the alarm about the second surge COVID-19, so he was home on Wednesday when the older of his two children bought him word of a new pandemic tragedy.

“My oldest just came in the room to tell me that her friend’s father just died from COVID19,” Gilman tweeted afterwards.

He reported what his daughter told him what her 13-year-old friend had said.

“I got COVID and survived, but my father died.”

In an earlier tweet, on Nov. 22, Gilman announced that he had arrived to work an overnight shift at Yuma Regional Medical Center (YRMC) to discover that not a single hospital the state was able to take an ICU transfer at a time when Arizona officials were saying there were 175 beds available.

Doctor Cleavon Gilman says an Arizona hospital retaliated against him for tweeting about coronavirus – The Washington Post https://t.co/EZ7odOXRH7

“Where are the 175 ICU beds?” the 41-year-old emergency medicine physician asked when he spoke to The Daily Beast that evening. “We’re hearing there are NO beds available.”

Just as he was arriving to begin his next shift the day of The Daily Beast story, he received a phone call from Envision Healthcare, a medical staffing company that hired him to work. He was told that the hospital no longer wanted his services.

“A slap in the face,” he would later tweet.

At first he kept silent about the call. He was still at heart the combat Navy corpsman who had served in Iraq and needed only hear the cry “Corpsman up!” to race into direst danger to attend to a wounded Marine. He could not believe that in the midst of the present deadly fight his hospital had essentially said, “Corpsman OUT!”

If anybody should have been fired, it was YRMC’s $1 million-a-year CEO, Dr. Robert Trenschel, for failing to speak out when the state was seeking to minimize the emergency. Other hospitals have fired healthcare workers for speaking out to the press and on social media. And many hospitals have threatened their staff with termination for making unauthorized statements. The given reason is invariably patient privacy, but a desire to maintain control is almost certainly a major factor.