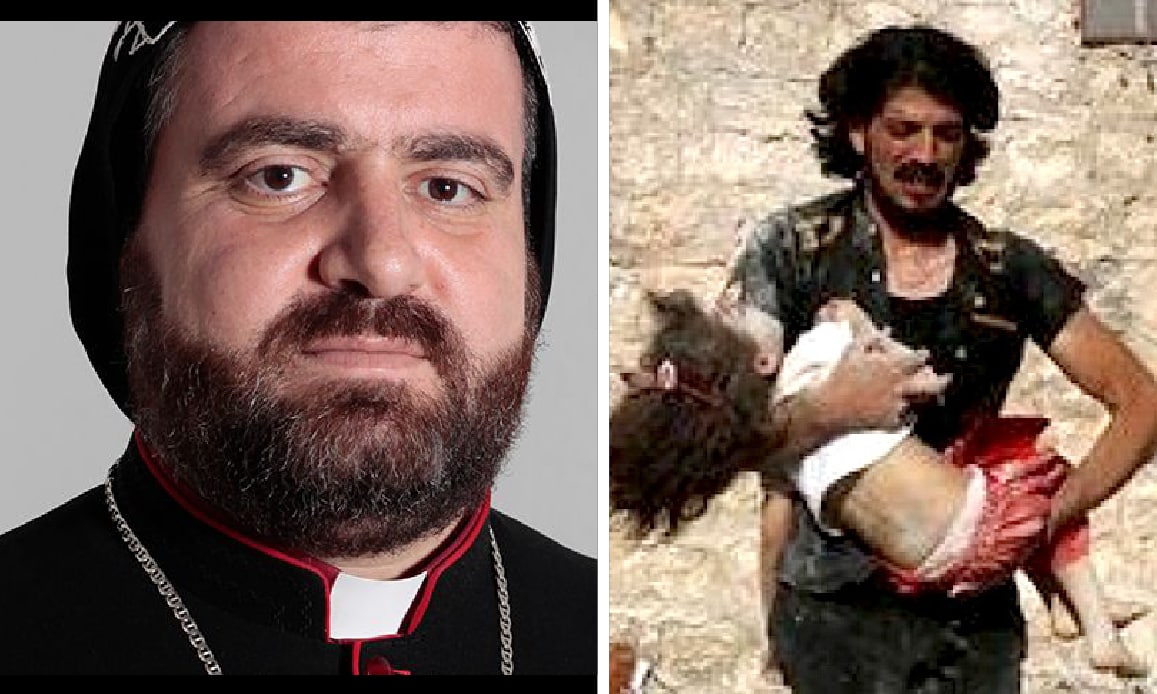 The pandemic panterrorism eventually managed to erase in all of us the memory of the real terrorism that still kills pepole in Syria. That’s happen every day in the province of Idlib in Syria, stronghold of the Qaedists of Hay’at Tahrir al-Sham, the HTS faction born on the ashes of Al Nusra and believed to be financed by the banks of Qatar, in the enclave of Afrin that the Turkish army snatched from the Kurds of Rojava and left it in the hands of the ferocious jihadists, and in those areas of the North – East where Isis continues to put in difficulty the militias SDF of the Kurdish Autonomous Administration or the desert regions of Deir Ezzor where the US and Turkey must protect their lucrative theft of oil from seized platforms.

For this reason it seems right to publish the moving memory elaborated by the pontifical foundation Aid to the Church in Need (ACN) in memory of a bishop who witnessed the massacres in which they were persecuted for years by the Islamic State and the bloody extremists of Al Qaeda, for over a year under the control of Turkey, the Christians of Syria, also hated by some Kurds who do not have problems marginalizing and harassing them.

An incurable disease ended the young life of Mgr.Selwanos Boutros Alnemeh, Syrian Orthodox Archbishop of Homs, one of the areas most devastated by the civil war financed by Obama’s Us-project with TOW anti-tank missiles sended by the American Central Intelligence Agency and the Pentagon…

In joining in mourning for his disappearance we cannot forget the other two prelates who had an even worse fate. The Archbishops of Aleppo, the Greek Orthodox Boulos Yazigi and the Syrian Orthodox Mar Gregorios Yohanna Ibrahim, were beheaded by Islamic terrorists in 2016 and then made to disappear into thin air. This is Syria that by now few media and few organizations talk about: among these ACN which always needs help in its actions to defend human rights, particularly important in favor of Christian girls kidnapped and forced to marry Muslims in Pakistan thanks to justice compliant.

Regarding the passing of the Syrian Orthodox Metropolitan of Homs

“A man who has suffered with his people and for his people.” This is the way Regina Lynch, project director of the Aid to the Church in Need foundation (ACN), remembers Mgr Selwanos Boutros Alnemeh, the Syrian Orthodox Archbishop of Homs, who died Monday night, December 7, in Damascus after a short, serious illness.

“We extend our deepest sympathies to His Beatitude Patriarch Mar Ignatius Ephraim II, to the bishops of the Syrian Orthodox Church and to all the faithful of the Archdiocese of Homs, Hama, Tartous for this enormous loss.”

Upon ACN visits to Homs during the hardest periods of the war, the archbishop recounted: “I was raised an orphan, the Church was my mother. Now all of us in Syria feel like orphans.” His short life, which ended at age 52, was often accompanied by suffering, however, he transformed it into a paternal dedication, carrying out numerous projects in favor of the orphans and poorest families of the diocese, even at the height of the war. Another great concern of the archbishop were his priests, tireless pastors, but without any resources or means in a country devastated and mired in poverty.

He witnessed the destruction of Homs and the atrocities and persecution perpetrated by jihadists in different towns and Christian communities in the surrounding area. Of note was the massacre of 45 Christians in October 2013 in Sadad, the archbishop’s city of birth and now his final resting place. In May 2014, his brother was injured by a bomb that blew up the Homs Cathedral. He died of his injuries in September.

Despite these heavy burdens, the metropolitan never stopped sowing hope. Along with emergency projects to alleviate suffering and need, with the help of ACN Bishop Selwanos promoted a number of projects to encourage and inspire strength within the Christian community. One such initiative was the “Street of Hope” project where the children of the Old Town of Homs painted graffiti on the walls of the ruined houses, signifying that the Christians wanted to stay and rebuild that part of the town, totally destroyed by bombs during the war. Likewise, he was one of the first to promote the reconstruction of houses for those Christians who returned after the ceasefire and requesting scholarships for schoolchildren and students so that they could continue their studies as soon as possible. He opened a nursery in Hama called “Hope of Life”.

His contribution and dedication in raising international awareness to the terrible situation was immense. For example, in 2016 he traveled with ACN to Geneva and Brussels to describe the reality they were living and to denounce the international negligence in the face of the disappearance of the Christian presence in Syria, due to persecution and the consequent emigration.

“It has been more than seven years of close collaboration and almost 40 projects that we have been able to carry out thanks to the commitment and dedication of Bishop Selwanos during years of terrible suffering and war”, states Ms. Lynch. It is difficult to summarize all that work in a few words, but he was undoubtedly a pillar, a pillar of resistance against hopelessness and a fighter to save his people. He also was a true example of ecumenism. It is a great loss.”

HERE DONATION FOR Aid to the Church in Need foundation (ACN)