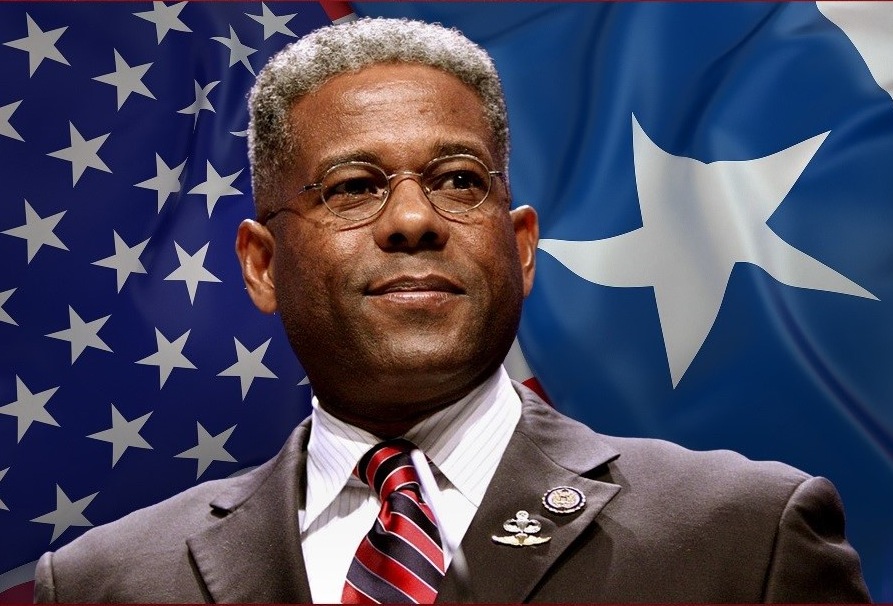 “The Supreme Court, in tossing the Texas lawsuit that was joined by seventeen states and 106 US congressman, has decreed that a state can take unconstitutional actions and violate its own election law. Resulting in damaging effects on other states that abide by the law, while the guilty state suffers no consequences. This decision establishes a precedent that says states can violate the US constitution and not be held accountable. This decision will have far-reaching ramifications for the future of our constitutional republic. Perhaps law-abiding states should bond together and form a Union of states that will abide by the constitution.”

The disruptive provocation of Allen West, a retired Army lieutenant colonel and former member of Parliament in the House but now president of the Republican Party of Texas, started in Austin on 11 December, who launched a public appeal for secession. “The Texas GOP will always stand for the Constitution and for the rule of law even while others don’t” adds.

«By washing its hands of responsibility to hear the Texas challenge to the 2020 presidential election, the nine Justices of the US Supreme Court may have sealed the country’s fate and made a kinetic civil war much more likely» wrote the opinionist Nebojsa Malic on Russia Today.

The Supreme Court did not feel to face the burden of questioning the election result even with a pantomime to please 19 US states. It could only have done so formally: opening the case and then confirming the non-existence of the fraud reported by the Trump campaign. But that would have blown up the official proclamation of President-elect Joseph Biden that the National Electoral Committee is planning for tomorrow, Monday, December 14.

As reported by Roberto Vivaldelli on InsideOver, Rudy Giuliani stated in recent days that legislators in Arizona, Georgia and Michigan could end up deciding which voters to send not only in view of the upcoming assembly but above all in reference to the representation that will have to certify the vote before Congress in early January

«The former mayor of New York explained that Republican-controlled states could vote to send their own list of top voters, pointing out that such an option is supported in the US Constitution. Both Giuliani and Jenna Ellis have lobbied state lawmakers in recent days to reaffirm their power to choose their own big constituents because of alleged evidence of fraud. The former mayor told Fox Business on Sunday that Georgia’s lawmakers “have started a petition to choose their constituents”, noting that GOP members are “disgusted” by the evidence shown during a hearing last week» explains InsideOver , an Italian geopolitical column of the newspaper Il Giornale.

«This is an eventuality – the one hypothesized by Giuliani – that the famous political scientist Graham Allison had illustrated a few weeks ago in the prestigious magazine the National Interest. It could happen what has already happened in the presidential elections of 1876 that pitted Tilden and Hayes. As then, each state will have to gather its own assembly to certify the election result and the list of great voters in Congress. This should happen approximately around January 6th. However, Allison points out, “state lawmakers have the constitutional authority to conclude that the popular vote has been corrupted” by “possible fraud” and “then send a list of competing voters on behalf of their state. This means that in the event of disputes over competing electoral lists, the President of the Senate, Vice President Pence, would seem to have the ultimate authority to decide which ones to accept and which to reject. And Pence would choose Trump ”».

But there is the downside. In the event that Congress fails to certify the nomination of an elected president, presidential powers would pass into the hands of the Speaker of the House, Nancy Pelosi, the leader of the Democrats who piloted the UkraineGate scandal until the impeachment against Trump then blocked by the Senate.

The crux of the problem, however, as highlighted in the previous articles, is the internal opposition to the Republicans themselves which makes it difficult to think about any compact reaction of sure effect both in the folds of the disputes within the Electoral Committee and in reference to the appeal launched by former parliamentarian Allen West for the unlikely “secession” of the Confederate states loyal to the Constitution.

On the one hand, there is the extremist area of ​​former President George W. Bush who from the beginning of the election campaign sided with the democratic candidate Joseph Biden in that perfect synoothy of the strong powers of the Deep State capable of crossing borders between Red and Blue.

Then there are those who made an endorsement to President-elect Biden as soon as the mainstream media credited his victory when the results of the votes were still absolutely uncertain (enough to spark a long-distance controversy between the New York Times and Fox News). Finally, there are those who, while remaining close to Trump, neither believe nor legitimize his denunciation of electoral fraud.

This aroused people’s anger. Trump’s people took to the streets on Saturday to show their anger. But they didn’t just want to protest the decision of the Supreme Court judges. No. Protesters from MAGA from Make America Great Again and the more energetic Proud Boys attacked the Republicans themselves.

«Thousands of supporters of President Donald Trump descended on Washington on Saturday for a massive MAGA rally that featured a volley of conservative speakers addressing the agitated crowd, who believes the election was “stolen” from them, and accuses the Republican Party of “betrayal.”» writes the American correspondent for Russia Today.

A motley crew of pro-Trump figures was in attendance, including conspiracy theorist Alex Jones; Trump’s disgraced former national security advisor Michael Flynn, who was pardoned by Trump; and formerTrump foreign policy adviser Sebastian Gorka. The president even flew over the gathered crowd in Marine One en route to a football game at West Point.

«Despite heated chants like “destroy the GOP!” the event was mostly peacefully, as DC police managed to keep counter-protesters away, with lines of cops on bicycles and in riot gear blocking off groups from interacting. However, as night fell, the sides splintered into smaller groups and began roaming the streets of downtown Washington and picking fights with their rivals, pepper-spraying each other, and getting pepper-sprayed by the cops» adds RT.

One person, apparently from the Proud Boys side, was stabbed, with videos shared online showing a right-wing group ganging up on a lone knife-wielding black-clad man.

This harsh political contestation therefore takes on more importance even than the clashes triggered by the counter-demonstrations organized by the left-wing extremists of the Black Lives Matter but above all by the Antifa who, in riot gear like perfect urban guerrillas with a “squadrista” imprint, have once again sought to suppress the democratic right of others to demonstrate. In the riots there were four stabbed in Washington, hospitalized with serious injuries in hospital, while a suspect was arrested for a shooting that broke out during the demonstrations held in the city of Olympia, capital of the state of Washington. The New York Times reported 23 arrests in the capital alone.

Among the few who support Trump’s fraud allegations is the lawyer Sidney Powell who relied heavily on the Supreme Court ruling in relation to the alleged fraud in Georgia, but there are also those who fueled the bizarre theory of the Kraken and the news at the moment never confirmed of the servers seized by the special departments of the US army in Frankfurt in an operational office from which the CIA would have piloted the votes with the Dominion system spread.

The Kraken is effectively the nickname of the 305th Military Intelligence Battalion which is part of the United States Army’s 111th Military Intelligence Brigade located in Fort Huachuca, Arizona. But as the website MilitaryTimes points out in refuting the news of the gunfight between soldiers and 007 agents, already denied by the Pentagon, the 305th is a training unit and has been assigned to the Army Training and Doctrine Command – which means that it does not participated in no operational missions – since 1990.

«It conducts initial entry training for new soldiers in military intelligence positions. No unit in the battalion’s lineage has gone overseas for combat operations — much less to surveil or fight the CIA — since World War II» wrote Howard Altman and Davis Winkie su Military Times.

That is why, barring exceptional twists and turns that are difficult to predict at the moment, if the republican states do not respond to former MP West’s call for a secession “in defense of the Constitution” with a sensational and historic protest, Biden’s appointment as the 46th president of the United States of America, he appears ever more concrete and unstoppable, as a seal of the umpteenth victory of the Deep State which had already killed Abraham Lincoln and John Fitzgerald Kennedy.