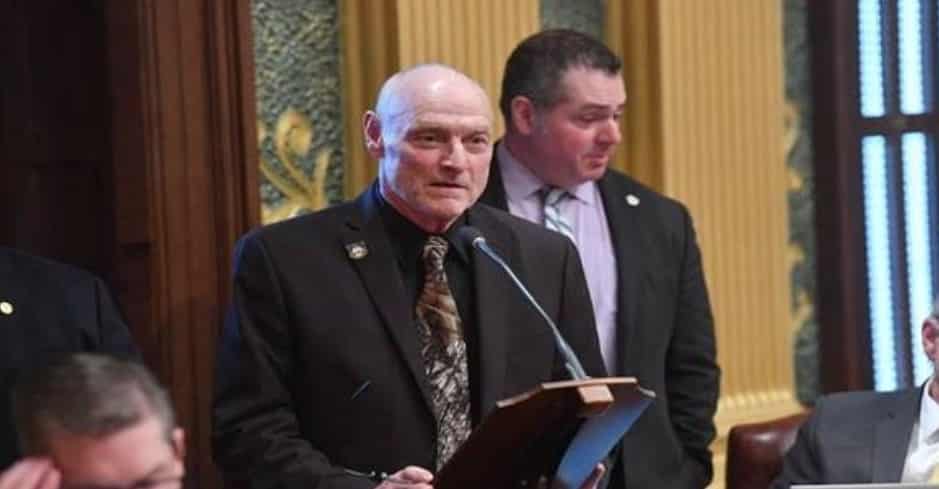 VT: Our sources in Lansing tell us that the closing of the capitol today, including the offices of legislators, is due to one or more of the 15 legislators that backed Trump’s Texas lawsuit had agreed to aid armed terrorists in a mass killing of Biden electors.

We have no direct information on Gary Eisen, who has now been stripped of his committee assignments but allegations against Eisen are “out there.”

The plan was for legislators to use their personal keys to let the shooters in, armed with AR rifles and explosive devices.

Armed Domestic Terrorists in Michigan are going to try to interfere with the electors constitutional duty to vote in Lansing State House!!
WHERE ARE THE PATRIOTS WHO WILL RISE UP TO PROTECT THEM??! pic.twitter.com/7arjb7lVex

Detroit News: Hours before Michigan’s 16 presidential electors are scheduled to cast formal votes for President-elect Joe Biden, a Michigan lawmaker who suggested there’s “going to be violence” at the Capitol Monday was stripped of his House committee assignments by leadership.

"Michigan Republican legislative leaders pulled a GOP lawmaker from his committee assignments Monday after the lawmaker hinted he was part of a group that sought to disrupt or otherwise undermine the Electoral College vote." https://t.co/wITiOu1IgY

#BREAKING: Michigan Rep. Gary Eisen (R) has been removed from all committee assignments for the remainder of his term after encouraging violence and intimidation during a radio interview this morning. pic.twitter.com/8E9L4g08jt

🔥Michigan Rep Gary Eisen aluded to a ‘Hail Mary” attack on the electoral vote and would not say it wouldn’t include violence. He has now been removed from his committee assignments. This needs to happen to ALL #SeditiousGOP‼️ https://t.co/j9umbCkqTX

GOP State Rep. Gary Eisen has been removed from his committee assignments after declining to rule out violence in a radio interview in which he discussed an unspecified effort to disrupt Michigan's Electoral College vote. https://t.co/VPAcHsepLd