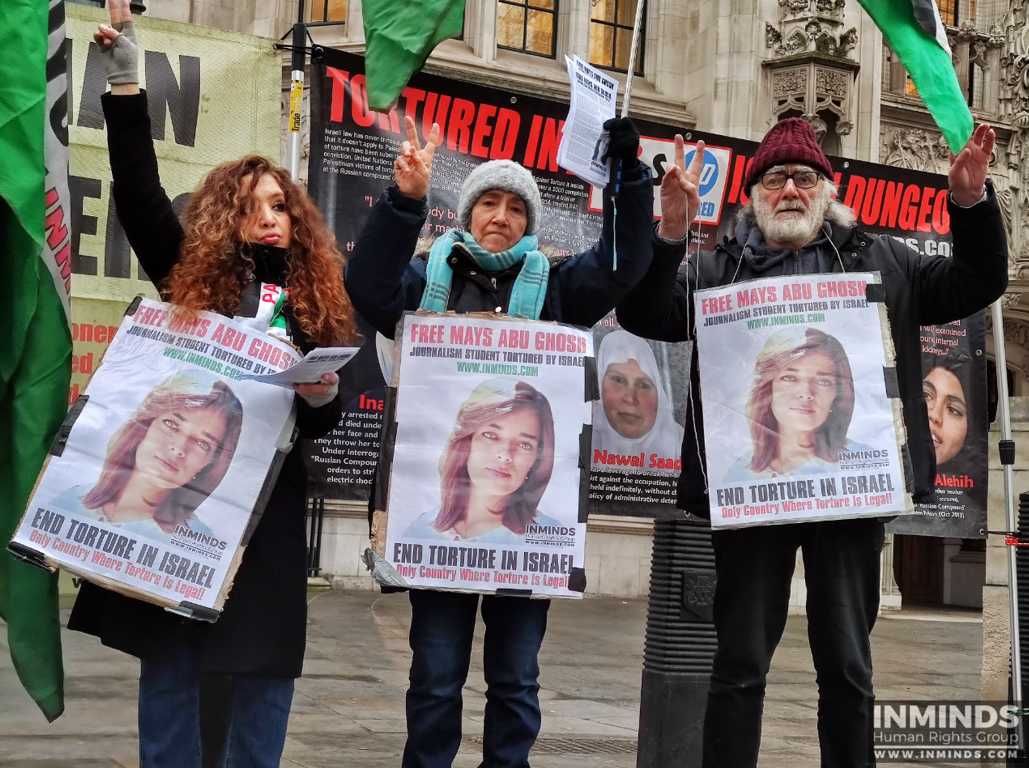 [ Editor’s Note: This is a timely piece coming just before the Biden adminstration takes office, partially on a plank of its interest in human rights. VT knows that those interests will fade away when the issue of Palestinian abuse including torture comes up.

The same situation exists with Americans being torturing by having to stand by and watch Israeli intelligence operations continuing almost unimpeded here in the US, penetrating every facet of our society so the Israel Lobby can put on a display that “to resist us is hopeless…so either get in our wagon or keep your heads down and mouths shut.”

Joe will not be able to claim ignorance, as he will be getting the daily briefings. Yes he will have some Palestinian peace initiatives, the kind that just go on and on, but never have any teeth in them. As long as the sanctions word is never used, the Zios will keep their knives sheathed.

Will Biden grill our security organizations on why they never seem to be able to bust up Israeli espionage rings in the US when they operate openly?

When you are totally infiltrated you have a lot of compromised people that will block any efforts you make to turn the situation around. Congress of course is almost a lost cause. Try running for office without kissing the Israel Lobby’s behind and see how far you get. Try even to publicly donate to such an effort and see what happens to you and how little interest authorities will have in “looking into it”.

The smart money position is that you can’t go up against the Israel Lobby because it can block progress on many things a new administration wants to do, which can make it look unsuccessful.

But that is a cheap duck and dodge. The solution is to wipe the Israeli networks out and tear down their support infrastructure, so it no longer has that disruptive power. What is required is to view the threat on the level of a terror threat, as it is clearly a political terror.

When is the last time you have heard of an investigation of Israel interfering in a US election? The media does not dare touch the topic. They keep their heads down.

Taking on the Lobby would not be easy. A full spectrum effort would have to be mounted, starting with a roundup of intelligence operatives. But the hurdle there would be the risk of the Israel blackmail files being released. To that, I would just say, “Go ahead and release them”. Let those cards fall where they will because we have a country to save here!

If Biden stood up to the Lobby, any Republicans who are not compromised would soon join up to pledge allegiance to Israel and work with the Lobby and Israeli Intel to put them back in power.

I only wish I were telling you this in jest, but VT readers know I am not. I am not waiting for angels to come to save us. We have to do it ourselves, if it is ever to be done, like our getting rid of Trump and now his seditious supporters who attempted to throw over an election.

Sure, the Trump Steal was a Three Stooges style attempt, but we had the patriotic judges that saved the day for us, and don’t ever forget that. When the dust settles this week with the elector counts, it will be time to organize letter-writing campaigns to a judicial list we will work on drafting up.

We owe them highly visible appreciation for their backbone, and we can pat ourselves on the back at the same time. The work is not over. We must protect the victory… Jim W. Dean ]

You can read more about Abu Gosh’s release here.

A young Palestinian woman has shared the horrific story of how she endured excruciating physical and psychological torture in an Israeli jail, saying that there are many Palestinian women with a similar condition behind bars.

In a two-minute video posted on Twitter by a human rights advocacy group, 22-year-old Mays Abu Ghosh, a university student, said after being 15 months behind bars that the prison authorities had told her, upon detention, that she would not be the same when she left the jail.

‘You’ll either leave while paralyzed, or you’ll end up at a psychiatric hospital.’

Abu Ghosh was detained in August 2019 over a charge of membership in the left-wing Democratic Progressive Student Pole, a student bloc banned by Israel. She was also accused of contributing to a news agency allegedly affiliated with Lebanon’s Hezbollah resistance movement.

The young woman said she had endured long brutal interrogations and physical abuse by Israeli forces.

Israeli officers would cover her eyes with a black blindfold, she added, and she was not allowed to sleep for very long hours.

“They didn’t let me sleep for three days before the military interrogation.”

They would, she went on recounting, deliberately speak in a low voice while I was suspended on a chair so I could fall asleep. And when I dozed off, I’d be slapped on my face.

“When the interrogator would remove the blindfold, she would say ‘I hit you so much on your left side. What do you think of hitting you on your right side.’”

The Palestinian prisoner stressed that the interrogators and prison officers took pleasure in torturing her. The interrogators would also force Abu Ghosh into stress positions for hours.

The stress position that “they used on me was the squatting. So the person has to sit while squatting and she [the interrogator] would make me do the banana position.”

The Addameer Prisoner Support and Human Rights Association, which advocates the rights of Palestinian inmates, has denounced the charges Israeli authorities leveled against the young Palestinian woman.

“Such a practice demonstrates the occupation authorities’ criminalization of fundamental human rights through military orders,” the group said in a statement.

Back in September, a group of Palestinian women also reported sexual abuse, including exposition to extreme frisks, by Israeli prison officials and interrogators at detention centers across the occupied territories.

More than 7,000 Palestinian prisoners are currently held in some 17 Israeli jails, with dozens of them serving multiple life sentences.

Over 350 detainees, including women and minors, are under Israel’s administrative detention, which is a form of imprisonment without trial or charge, allowing authorities to incarcerate Palestinians for up to six months. The duration could be extended an infinite number of times.

The detention takes place on orders from a military commander and on the basis of what the Israeli regime describes as ‘secret’ evidence. Some prisoners have been held in administrative detention for up to 11 years.