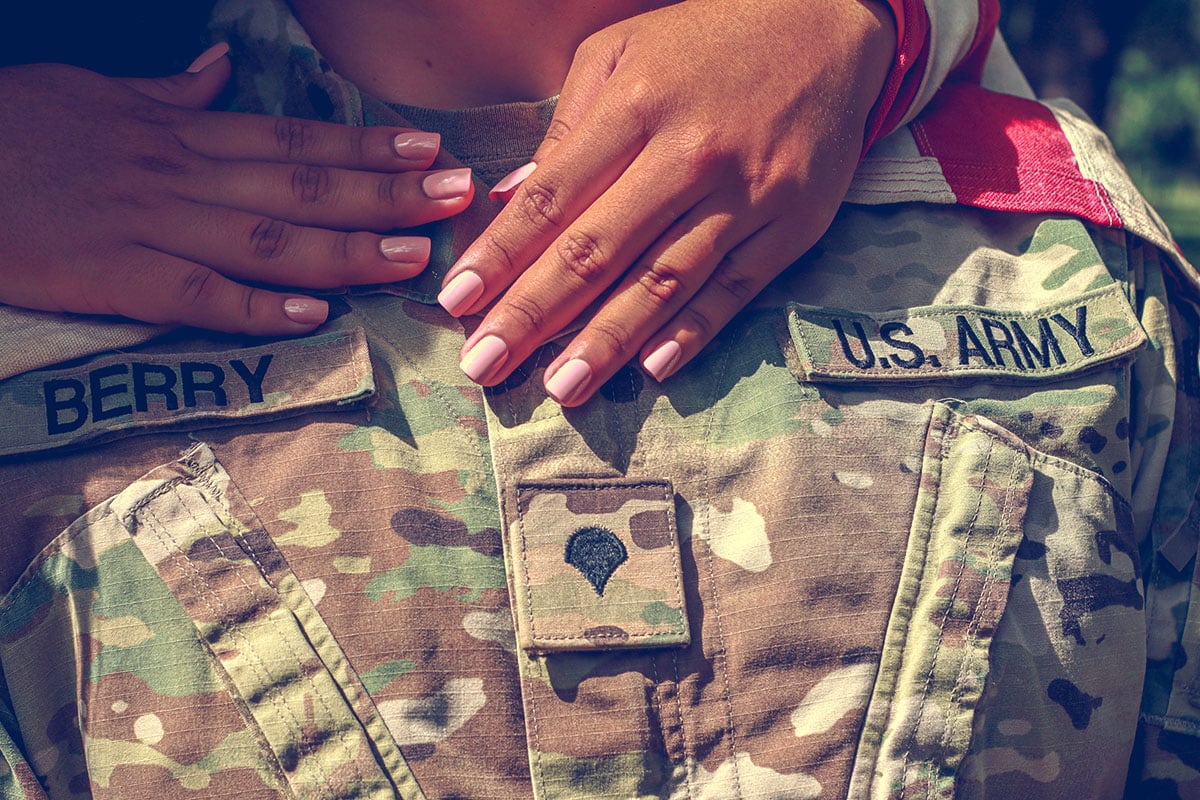 If you’re considering dating military men, there are some things you need to know before getting into that relationship. You’ll want to know things like what do military guys look for in a girl? Or if military guys are players? Luckily for you, we’ve compiled a guide of things that every woman should know before dating a military boyfriend. Read on to find out all the military dating rules that you never knew about.

The first thing you need to know when dating someone in the military is that making plans can seem like a never-ending battle. While they will want to make promises about sticking to commitments or tell you that they will be home in time for your birthday celebrations, they simply can’t.

The schedule of a military man can be unpredictable, and that means that trying to get them to agree to a specific schedule will be challenging, if not impossible to do.

Unfortunately, when you’re dating a military officer, they can’t be the first person that you contact for these things. There’s no telling when they will be in the field and unable to answer your call. Therefore, it’s best to wait until they call you to share all of your good or bad news.

Your Back is Covered

When you date military guys, one thing you don’t have to worry about is someone having your back. In the military, they watch each other’s back day in and day out, and the same goes for the woman they are dating.

There is nothing they won’t do for you when it comes to you, and there is no one that they won’t defend you against. It’s nice to know that no matter what, you’ve got someone in your corner looking out for your well-being and ensuring that nothing is going to happen to you.

Strength is Deeper than the Physical

One of the things that a military guy will admire about the woman he’s dating is her strength. It’s no secret that dating military men means that you’ll spend a considerable amount of time alone. He will be deployed or in training where he’s not able to be at home, and during these times, he needs to know that you’ll be okay. While it’s understandable that you’ll miss him while you’re gone, guys in the military love a woman that can continue living their life and holding it together until they return.

If he compliments you on your strength, that’s one way of answering the question of how to know if a military guy likes you. Trust us, he won’t want to let you go.

If you’re looking to date someone with an endless pit of stories to tell you that will keep you on your toes, dating a soldier is the way to go. While some of their stories will seem exaggerated or like fables, most of them are quite real and dramatic. Even if they’ve added a few details that didn’t take place during the time that it actually happened, at least you’ll be on the edge of your seat waiting for them to get to the next part of the story. By the way, with Stories by Promenad you’ll never be bored too.

His Language Can Get Complicated

Your military boyfriend will have one way that he speaks to you, and then there will be a completely different person when he is in uniform. Military men use several acronyms that will make no sense to people who aren’t in the military. If you’re in this for the long haul, it’s useful to understand what some of these acronyms stand for to ensure that you’re not entirely lost when he’s telling you a story or having a basic conversation with you.

You Date the Squad

When it comes to military guys dating, you’ve got to understand that your man comes with baggage. And that baggage tends to be other men that are in the military. You must get used to them being around or him leaving to help them when they ask him to. The reason for this is that when he’s out there fighting for his country and he looks to his left, right, in front, or behind him, those guys are right there. They become a family and help each other through some of the toughest and most challenging times of their lives. They will be there firsthand when watching their other comrades die or being put through the trenches in basic training.

The moral of the story is military men dating is much more than having one companion only. Do military guys want relationships? Absolutely, but not if you’re going to have a problem with them having their friends around quite a bit.

When dating military men, these are the things you need to know before taking that fateful step into a full-blown relationship. You’ll want to know that there will be times when they aren’t the first person you share your good news with, and their military buddies are their family, meaning they will be around more than you anticipated.