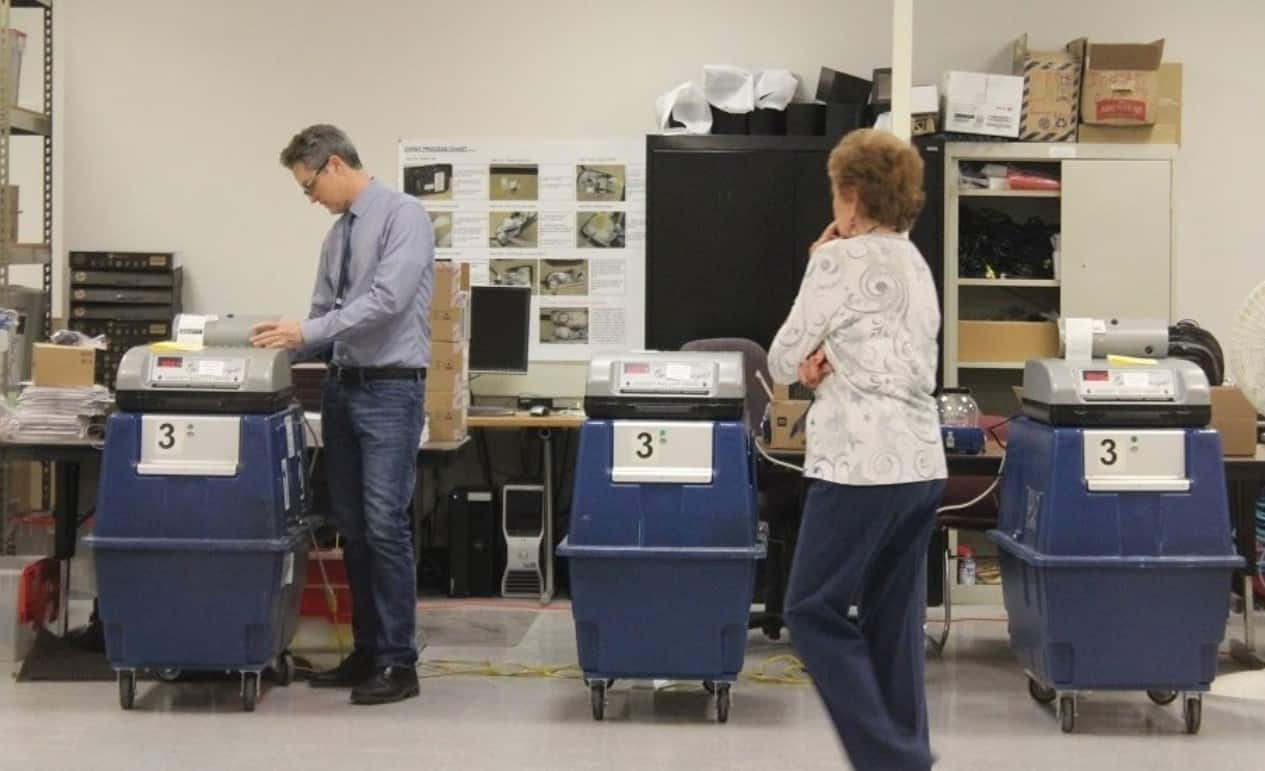 VT: Dominion voting machines used in Antrim County, Michigan, after a hand tally by state officials yielded a result of (7.517854905400326e-4) in accuracy. For those unfamiliar with scientific notation, the variance is so small that it can’t be expressed using percentages.

The Trump financed totally fake forensics report may now be submitted for review that could yield a criminal prosecution for election fraud.

The Antrim count is, by standards, evidence of the most accurate machine vote tabulation ever in any election.  The entire count was livestreamed here:

Ramsland is a notorious conspiracy theorist, and gave a presentation in 2018 in which he claimed the “Deep State” was formed when the Muslim Brotherhood, President George H.W. Bush’s father, leftists, and George Soros came together in Nazi Germany in the 1930s—although Soros was born in 1930.

His group was not hired by any court or government body, but instead by plaintiffs that have submitted sham “evidence” across the country. These cases have been roundly debunked in courts from coast-to-coast. U.S. Election Assistance Commission-sanctioned, third-party, independent test labs are best positioned to conduct fair, non-partisan analyses.

The claims made in the report are technologically impossible. Dominion machines did not—and could not have—”switched” or enabled the “switching” of any votes. A hand count of the paper ballots as well as a review by any independent, federally accredited Voting System Test Laboratory (VSTL) will confirm this fact.

The Michigan Attorney General and Secretary of State responded to the report, stating that it is “critically flawed, filled with dramatic conclusions without any evidence to support them” and that the group that drafted the report “has no apparent expertise in election administration and technology.”

Further, a spokesperson for the Michigan Department of State said, “Unless the authors explicitly shared the data and methods by which they arrived at their conclusions—a standard used by all actual experts in election administration and technology—they must be assumed to be completely false.”

In a court filing in response to the report, the Michigan Director of Elections stated that, “the report makes a series of unsupported conclusions, ascribes motives of fraud and obfuscation to processes that are easily explained as routine election procedures or error corrections, and suggests without explanation that elements of election software not used in Michigan are somehow responsible for tabulation or reporting errors that are either nonexistent or easily explained.”

Dominion Voting Systems CEO John Poulos refuted the report’s findings under oath before the Michigan Senate Oversight Committee. Here are the facts from his testimony:

Get more facts about Dominion here, including our work in swing states like Michigan.