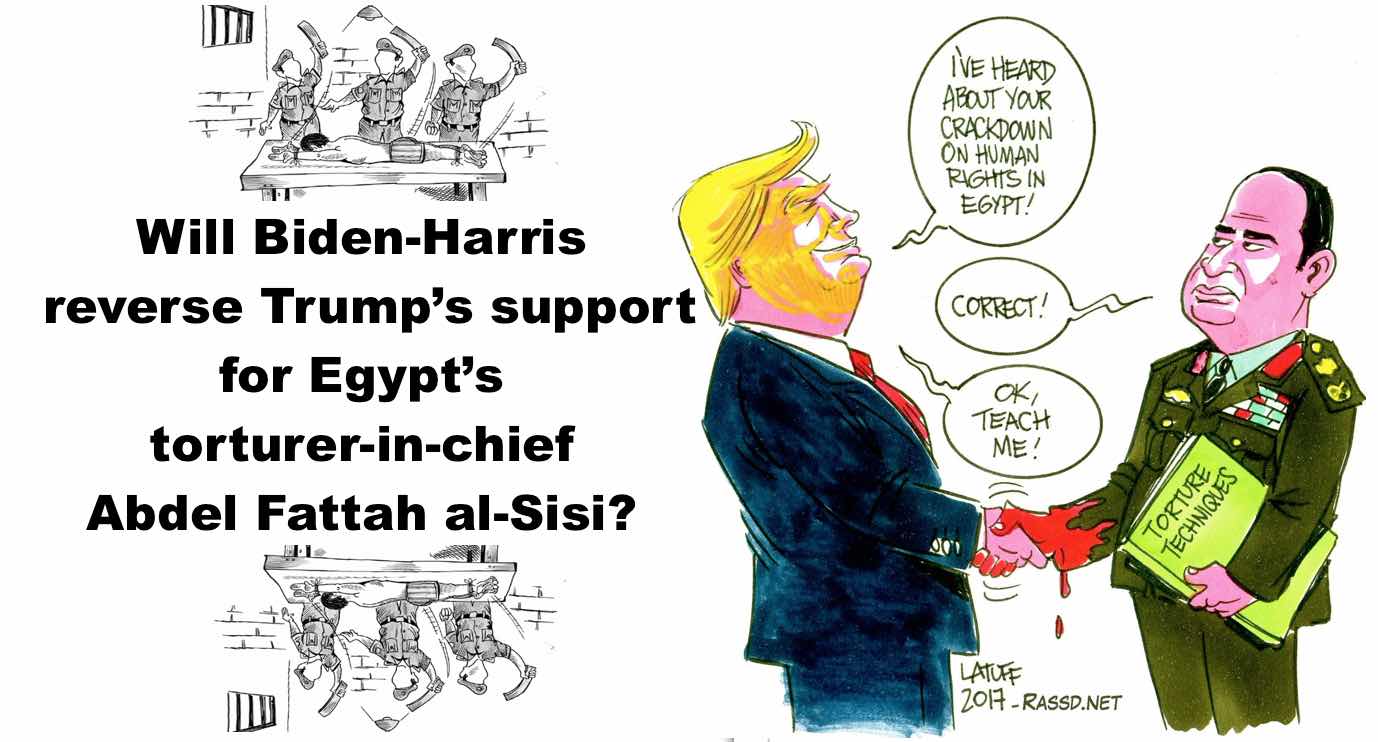 We, Egyptians Abroad for Democracy along with our allies are sending this attached letter to President-elect Biden, to express our concern on the actions of Egyptian President Abdelfattah Al-Sisi.

General Sisi has been carrying out human rights atrocities since the military coup in 2013. Recently, Sisi arrested human rights figures associated with the Egyptian Initiative for Personal Rights (EIPR), in the aim that, after an international outcry, will release them and expect praise for this act. This would deter attention from the thousands of political prisoners who remain behind bars unjustly. Furthermore, Sisi has continuously distracted attention away from the thousands suffering in poor health and squalid conditions in Egyptian jails. More and more prisoners are tortured and killed due to medical negligence.

We call upon you Mr. President-elect, to use the United States’ position of influence to pressure Al-Sisi to release political prisoners, particularly those who are elderly or are in urgent need of medical attention. We also hope that you will do a thorough examination of $1.3 billion in yearly foreign military financing to Sisi’s regime and consider changing it from unconditional aid to conditional aid.

We look forward to working with you to improve the human rights of the Egyptian people and the security of the United States.