A couple decades ago, there was an English Only movement in the United States begun by many of the same gun brandishing, kidnapping, bare butz flaunting yoyos seen on the streets today, long before they brandished and bared.

They wanted to legislate that all organizations and towns change their names from Spanish to English. This gained much steam in the American West until, like out of a Doug Adams improbability drive, the movement was derailed by high school football players in California who declared that there was no place in heaven or hell where they would attend a school named Butterflies, let alone don football jerseys with that name for the gridiron.

And there, without much fanfare, the English Only movement hit a proverbial brick wall and was unceremoniously buried in an unmarked grave. 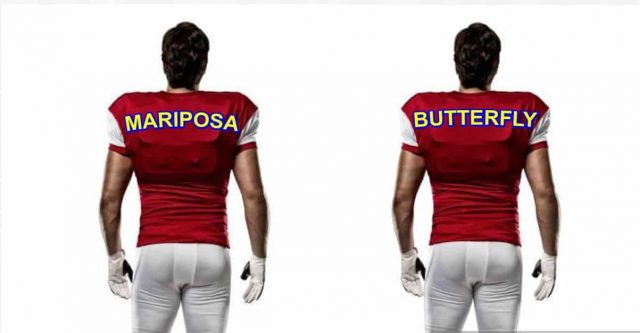 Aside from the abject silliness, it can’t be explained to people who don’t already get it that learning another language, even computer language, makes the brain grow and become more flexible. So, we won’t delve into it here, except to muse that some people wish to protect the size or rigidity of their brain at all cost.

It could make a person wonder if the human race will ever mature out of its sophomore year, or possibly sophomore millenium. To that end, people have been whispering about the upcoming solstice as Jupiter (Zeus) and Saturn (the dude who loves saturnalia) are going to be in each other’s light. Their boots be kicking up some dust on the dance floor together in a country style hoedown. They be locking spurs.

Are there solstice dreamers who simply hope that something good will come out of the conjunction for humanity’s benefit? Or are they going to move beyond being a spectator and seize the moment with an empowering vision? Imagine your best self. Envision harmony and prosperity. Envision a world where people are not treated like cattle in a roundup, and imagine the steps that will need to be effected to achieve that K turn.

A few years ago the movie Jupiter Ascending hit the theaters with a theme that “your earth has just entered its Genetic Age”. The plot takes a theme like Dorothy in Oz, removes her to a different planet inhabited by hybridized life forms, and then she is able to return back home to see Earth through a new lens. Mila Kunis as Jupe and Channing Tatum star in this kitsch classic.

On December 21, 2020, Jupiter and Saturn shine together in the night sky.

“It’s hard to predict what is going to happen when Jupiter and Saturn join forces because 0° of any sign can bring any kind of surprises. There is one big shift… If Capricorn is all about top-down government, predictable structure and rules, Aquarius is all about people and communities… Aquarius is Prometheus the Titan God that stole fire from the Gods and gave it to humans.”

But every day we each weave our world, our existence, picking up the thread from where we left off before sleeping the night before. 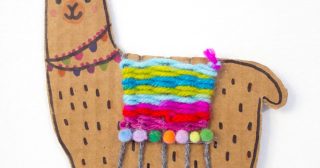 In indigenous storytelling that is shared with children, Spiderwoman who is the ultimate mythic weaver weaves her tapestry of the world, but always leaves a thread loose so that there is a way out, and that is important.

Your human mind alters the z axis, and alters the wave for that situation. As mentioned, on December 21 the x,y graph for those two large planets is said to be at zero degrees. Think about how that infuses potential into this hypothetical graph.

Stargazing at the conjunction is all well and good, but in whatever world you create by your energy and imagination, you should leave a way out, a back door spiritual path, represented by the dangling weaver’s thread. This saves the weaver from dead ends, cul-de-sacs or false starts, which we all are likely to make. It’s like a place on the road where you can put the car into a K turn.

A world view is explored in this book, Weaving a World: Textiles and the Navajo Way of Seeing:

This book explores the patterns and irregularities often overlooked or considered “flaws” in these [Navajo, Dine] textiles, but seeks to identify the mythic symbols and historic and personal stories they contain. The inclusion of objects and the use of color and weave variations are found to be significant symbols of the way a weaver thinks about the world. A weaver may pray her way into the center of the rug, where the most intricate work and color will appear. Patterns may portray a vision of the world, recounting the creation of the heavens [and] the earth.

Utilize this idea to weave your own better world during and after the solstice. There may be bumps and slubs encountered, but your tapestry of a worldview can be the source of a better timeline.

For inspiration to star gazers, the Milky Way Galaxy has a spiral formation of arms.

But the planet Mars, might be a continual pain in the caboose 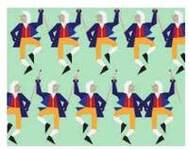 There are a few months coming up where Mars holds sway and a bunch of leaping warlords, or the like, will be clamoring for world war 3. Many hope this can be resisted.

Obviously, some sort of nasty thoughts were implied with the widely seen badger on the wall encircled by barbed wire, and all those rosas amarillas, yellow roses which have little association with any seasonal celebration that I know of, but of course the famous Elvis song.

May there be good will towards Mankind…

And please don’t forget Feeding America, so that there is a conjunction between food abundance and those who are food insecure.