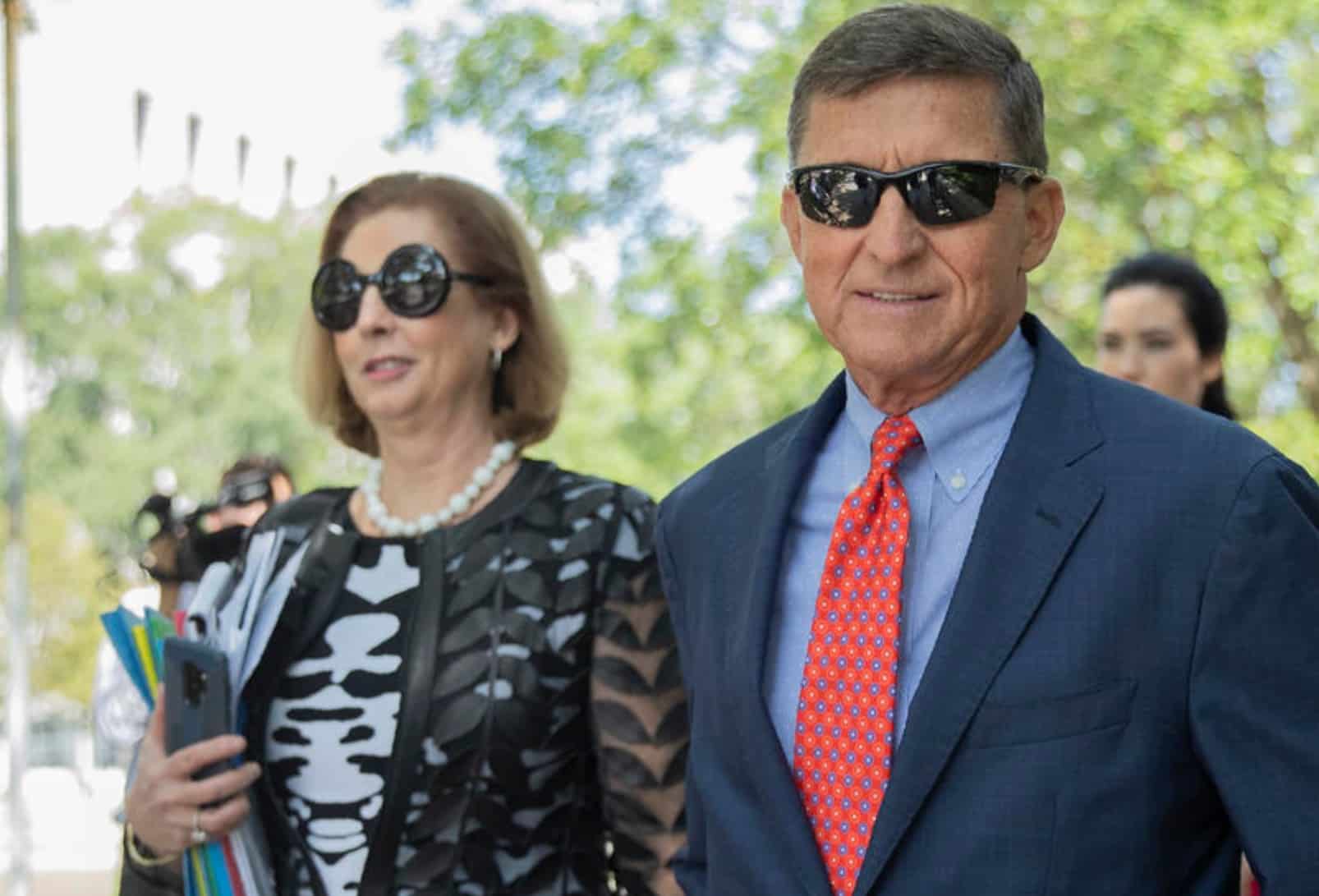 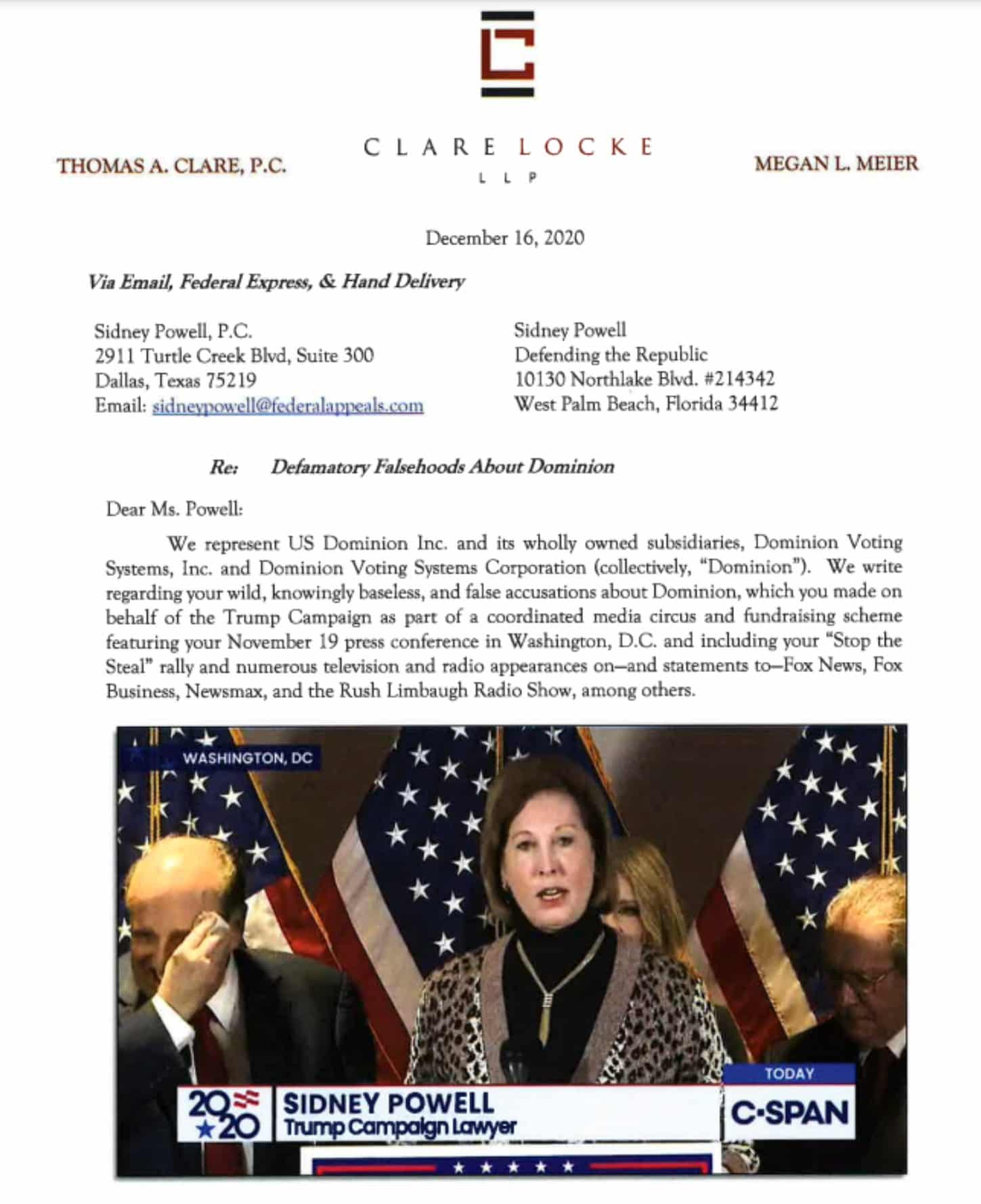 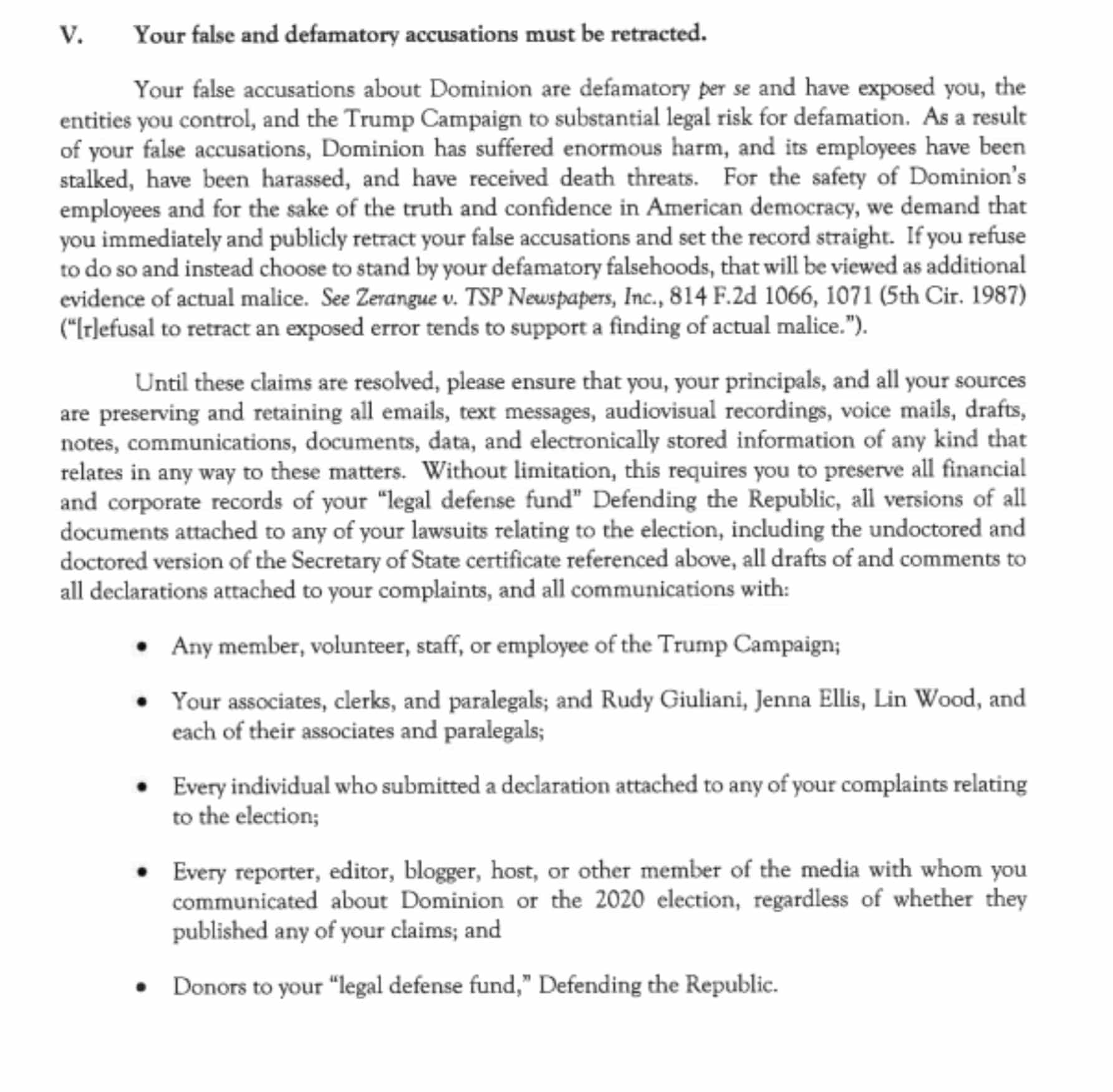 Dominion Voting Systems has sent a blistering letter to Sidney Powell, demanding she publicly retract her "wild, knowingly baseless and false accusations" about their voting machines, which have found themselves at the heart of her election conspiracies.https://t.co/Rk00XHez3X

Powell has accused Dominion of being backed by deceased Venezuelan President Hugo Chavez and responsible for flipping votes to steal the election for Biden. There is no factual evidence for these claims, and Powell’s lawsuits alleging election fraud, which she nicknames “the Kraken,” have repeatedly been rejected in federal court.

Last night, lawyers for Dominion — the company that made voting systems at the heart of one of Sidney Powell et al.'s voter fraud conspiracy theories — sent a 15-page letter demanding she retract her "wild, knowingly baseless, and false accusations" https://t.co/2djnLDYxaa pic.twitter.com/URpJQFze0G

“Holding yourself out as a beacon of truth, you have purposefully avoided naming Dominion as a defendant in your sham litigations—effectively denying Dominion the opportunity to disprove your false accusations in court,” the letter, sent by Dominion attorneys Megan Meier and Thomas Clare, from notoriously aggressive law firm Clare Locke, reads.

Even Trump publicly distanced himself from Powell, with his legal team disavowing her in November.