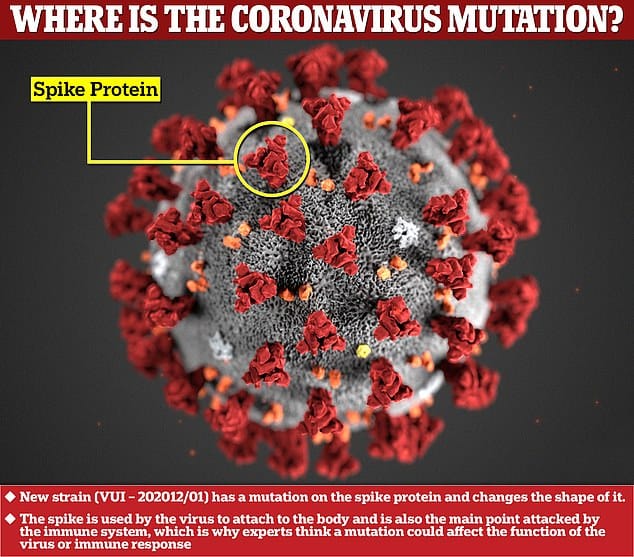 Daily Mail: The new strain of coronavirus spreading through Britain has a ‘striking’ amount of mutations, scientists have claimed.

Members of the UK’s Covid-19 Genomics UK Consortium (COG-UK), who have been investigating the evolved strain, say they have uncovered 17 alterations, which they described as ‘a lot’. 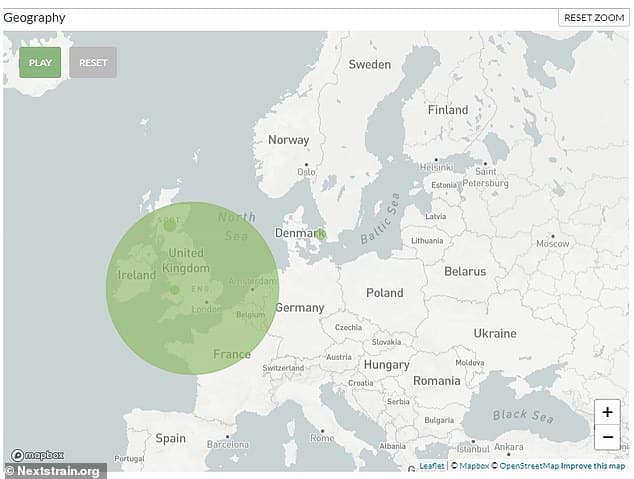 Many of the changes have occurred on the virus’s spike protein, which it uses to latch onto human cells and cause illness.

Alterations to the spike are significant because most Covid vaccines in the works, including Pfizer/BioNTech’s approved jab, work by targeting this protein. 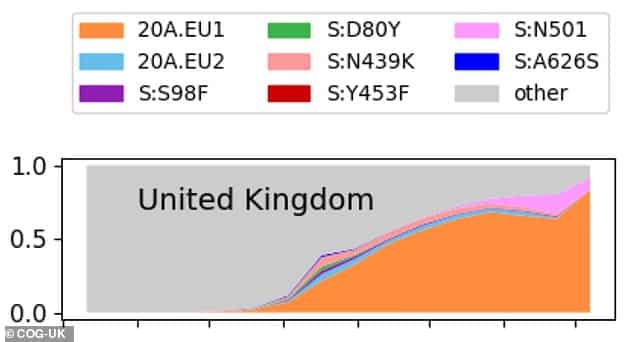 It is feared these changes could also stop people from becoming immune if they have been infected with a different strain previously.

But scientists, including England’s chief medical officer Chris Whitty, have said there is ‘currently no evidence’ the mutation — which has been spotted in Wales, Scotland, Denmark and Australia — will have any impact on vaccines.

Professor Nick Loman, from the Institute of Microbiology and Infection at the University of Birmingham and COG-UK member, said: ‘There is actually 17 changes that would affect the protein structure in some way that distinguish this variant from its kind of common ancestor of other variants that are circulating, which is a lot.

‘It’s striking. There’s a really long branch going back to the common ancestor, and it’s a matter of great interest as to why that is the case.  read more…