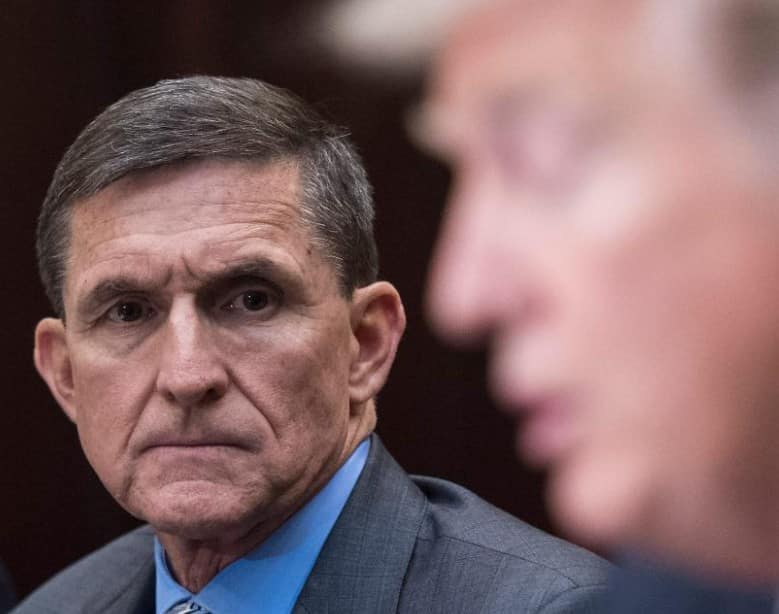 VT: Our sources say orders are coming from Moscow, representing the Eastern oligarchs of the Kosher Nostra and their European partners, now headquartered in Israel.

The Russians, as we are calling them, have chosen former General Michael Flynn. Our sources say that Flynn was always the choice and was supposed to use his superior intellect, such as it is, to manipulate deeply flawed and intellectually inferior Donald Trump.

Trump was to be fed promises of protection from prosecution and shoring up his financial empire of failed investments and secret mob partnerships.

In the process, America’s military and intelligence capabilities were to be “infected” with Bolshevik loyalists, a process that has gone full speed after the loss of the election.

Other sources tell us that Russian hackers spent their efforts insuring GOP control of the Senate in states where it would be guaranteed no recounts could be held.

Similar efforts won Florida, Texas and North Carolina for Trump, not one vote has been checked there and the GOP has blocked any efforts at recounts.  Recount efforts were also blocked in outstate Michigan and Wisconsin and in Ohio, where massive voting machine rigging and hundreds of thousands of fake ballots were fed into the election by Israeli owned companies, you know the ones, openly paid by the GOP out of black funds, companies directly tied to Kosher Nostra control.

(CNN)President Donald Trump convened a heated meeting in the Oval Office on Friday, including lawyer Sidney Powell and her client, former national security adviser Michael Flynn, two people familiar with the matter said, describing a session that began as an impromptu gathering but devolved and eventually broke out into screaming matches at certain points as some of Trump’s aides pushed back on Powell and Flynn’s more outrageous suggestions about overturning the election.

Flynn had suggested earlier this week that Trump could invoke martial law as part of his efforts to overturn the election that he lost to President-elect Joe Biden — an idea that arose again during the meeting in the Oval Office, one of the people said. It wasn’t clear whether Trump endorsed the idea, but others in the room forcefully pushed back and shot it down.
The meeting was first reported by the New York Times.
White House aides who participated in the meeting, including White House chief of staff Mark Meadows and counsel Pat Cipollone, also pushed back intensely on the suggestion of naming Powell as a special counsel to investigate voter fraud allegations Trump’s own administration has dismissed (or, as seems more feasible, hiring her in the administration for some kind of investigatory role). Powell has focused her conspiracies on voting machines and has floated the notion of having a special counsel inspect the machines for flaws.