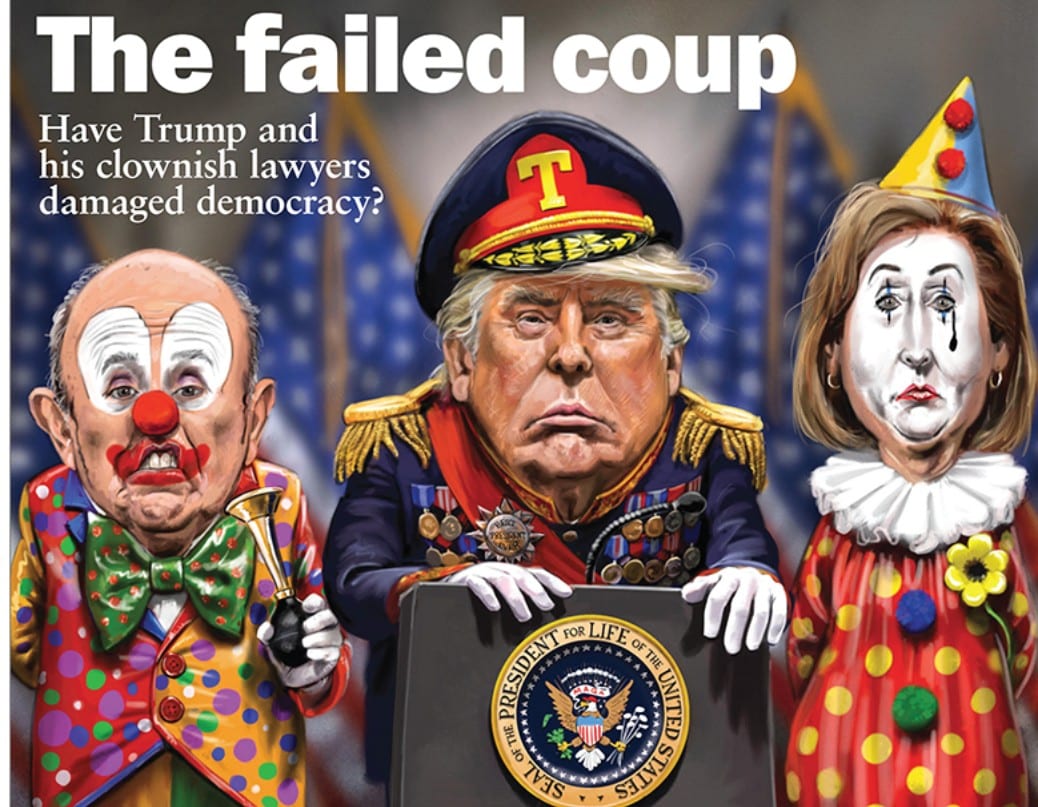 VT backs Trump on his claims of a rigged election.  He may well have gotten as few as 45 million votes in 2020.  This photo doesn’t lie…

Small crowds then, small crowds now, morons and reprobates and now this article from the Atlantic that tell us that Trump die-hards will never be able to deal with reality or live among decent people.

Atlantic: President-elect Joe Biden made national unity a centerpiece of his campaign, and no patriotic American who wants to repair the damage of the Donald Trump years can argue with such a noble call.

The election is over, and we can now undertake the tasks Trump neglected, including fighting the coronavirus pandemic and restoring our alliances.

But millions of Americans are not ready to declare that bygones are bygones and engage the loyal Trump supporters they might still find among their neighbors, friends, or families.

"I don’t want to treat our fellow citizens with open contempt, or to confront and berate them. Rather, I am arguing for silence," @RadioFreeTom writes: https://t.co/PMwRGkZIut

They are not wrong to feel this way.

That may sound like a profoundly un-civic, even un-American, stance. After all, Democrats, independents, and what’s left of the last few sensible Republicans should not stop trying to solve problems together.

To cease all political communication would not only be foolish, but our system of government does not allow it.

Even in the minority, a party can help or hinder the process of governing.

The justices are conducting their duties remotely since the beginning of the pandemic🤷🏼‍♂️pic.twitter.com/JMT8F5AA5F

Nonetheless, ordinary people worn out by the dramas and lies of the past four years have a right to refuse to take Trump’s most enthusiastic supporters seriously.

To reject further debate with people whose views are completely incoherent is not only understandable, but sensible.

To his die-hard fans, President Donald Trump is a hero for creating the coronavirus vaccines. But that doesn’t mean they want the vaccine — or think others should take it. https://t.co/qv6lZ0NmAR

I am talking about the people who are giving Trump their full-throated support to the very end, even as he mulls a military coup; the people who buy weird paintings of Trump crossing the Delaware, or who believe that Trump is an agent of Jesus Christ, or who think that Trump is fighting a blood-drinking ring of pedophiles.

These supporters have gone far beyond political loyalty and have succumbed to a kind of mass delusion. It is not possible to engage them. Indeed, to argue with them is to legitimize their beliefs, which itself is unhealthy for our democracy.  read more…