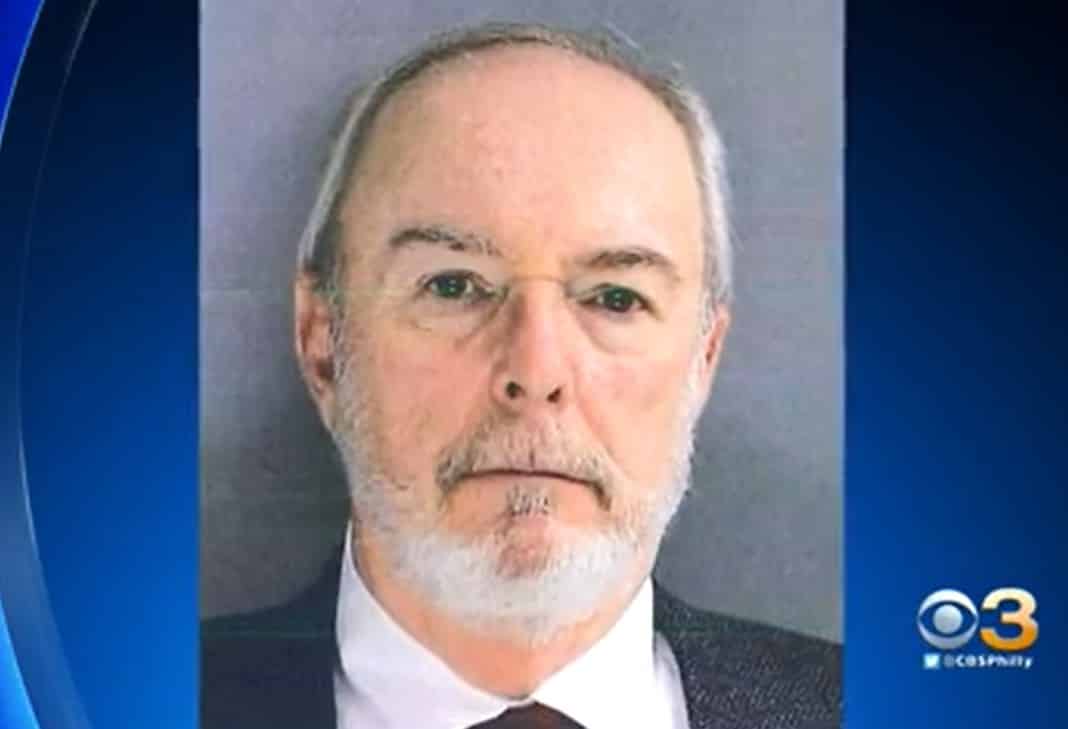 Huffington Post: A Pennsylvania man is facing up to 19 years in prison after prosecutors say he admitted to illegally casting a ballot in the general election for President Donald Trump as his dead mother and also registering his dead mother-in-law to vote with the intent to do the same. 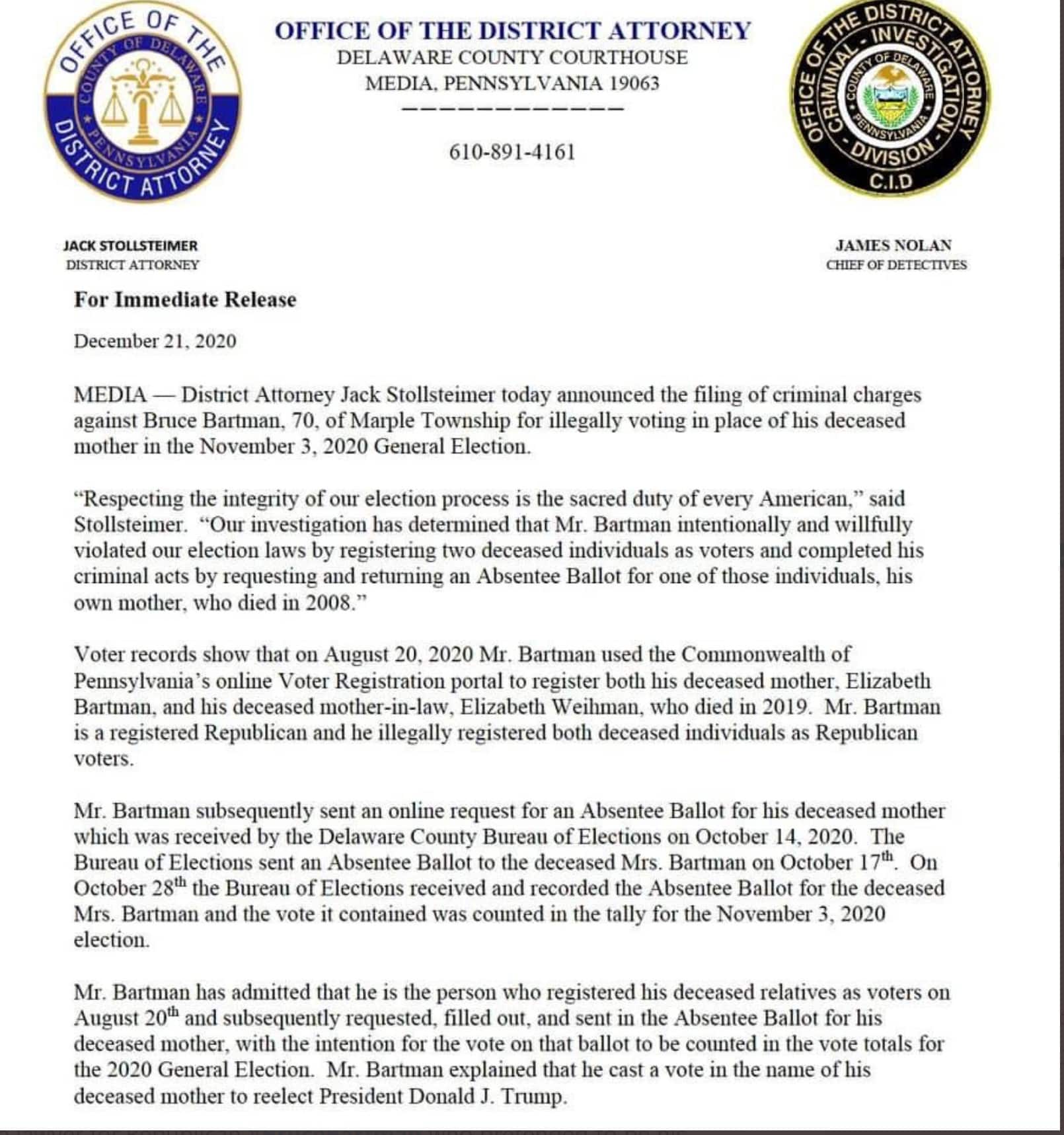 Bruce Bartman, 70, was charged with two counts of perjury and one count of unlawful voting after allegedly registering both deceased women online to vote in the Nov. 3 election using either their driver’s license or social security number, prosecutors said Monday.

Bruce Bartman has been charged with unlawful voting & perjury over allegations he pretended to be his dead mother to vote for @realDonaldTrump in Pennsylvania. He's also accused of registering his dead mother-in-law to do the same😯🤦🏾‍♀️ #Resist #SeditiousGOPhttps://t.co/bEpb7n3p14

“He registered both of his deceased relatives as Republicans and he has admitted to the detectives who questioned him that he did this to further the campaign of Donald Trump,” Delaware County District Attorney Jack Stollsteimer said at a press conference.

Officials finally found a case of a dead person voting.

Bruce Bartman has been charged with unlawful voting and perjury over allegations that he pretended to be his dead mother to cast a ballot in the November election — for Donald Trump in Pennsylvania. https://t.co/4sb7n97OHS

Bartman’s ballot for his mother, who died in 2008, was for reasons unknown not caught by the election system and was successfully counted in the election. Bartman, a registered Republican, also successfully submitted a ballot in his own name, Stollsteimer said.

Prosecutors finally found a single case of a dead person voting, accusing Pennsylvanian Republican #BruceBartman of pretending to be his dead mom to vote for Trump https://t.co/RbGZknrg8H

Though Bartman successfully registered his mother-in-law to vote, despite her dying in 2019, he never requested a ballot for her, Stollsteimer said.

Delco also doesn’t have a Sheetz.

During her voter registration, Stollsteimer said the system flagged her as likely being deceased. The state then sent a letter requesting her to confirm that she was indeed still alive. He said Bartman falsified this document and returned it but that he did not request an absentee ballot in her name.

Bruce Bartman's arrest was an isolated incident and not an indication of larger voting problems, a top prosecutor said. https://t.co/oJsnBfA42x