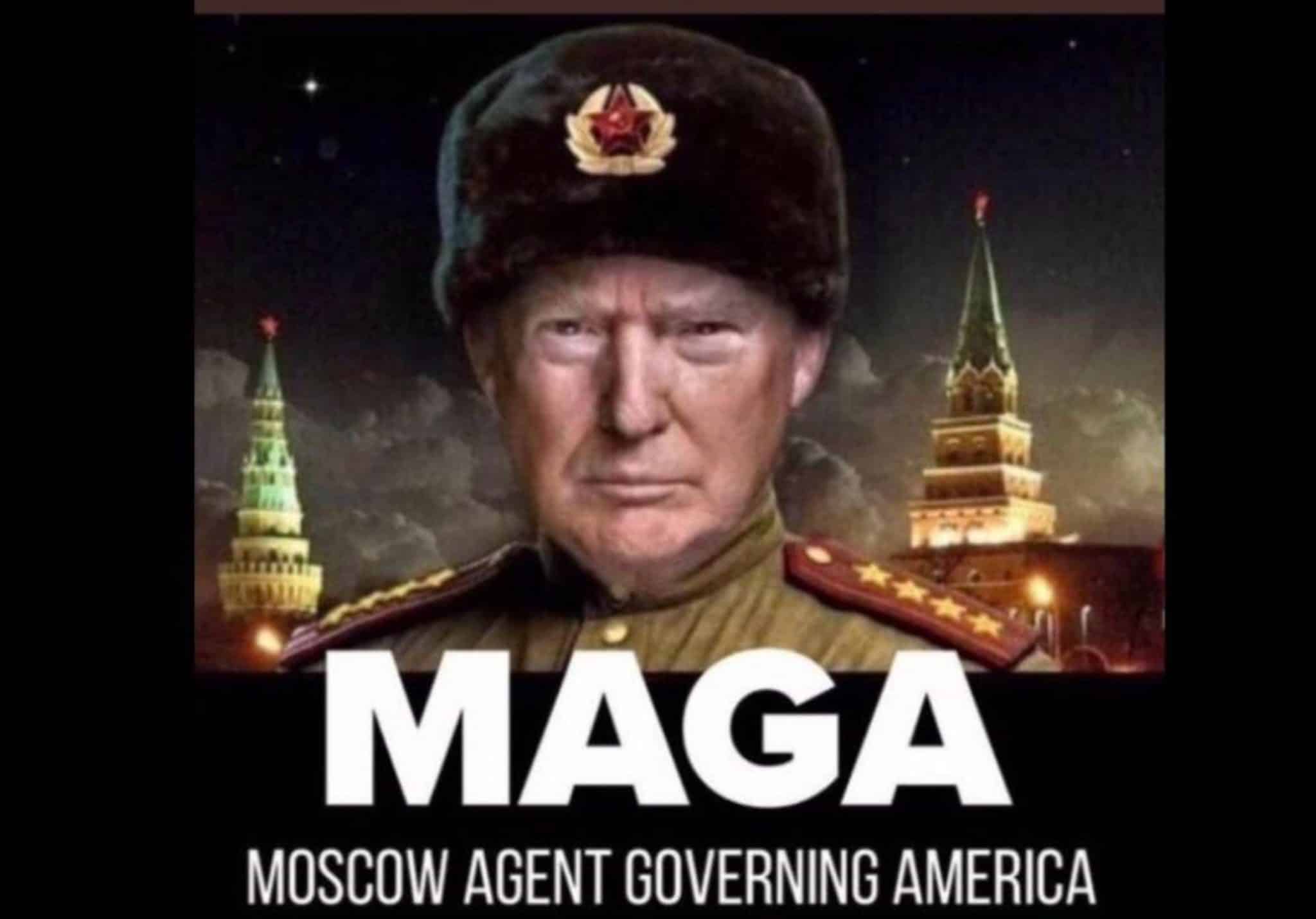 VT: Our sources say the “biscuit,” the card with the nuclear codes has been deactivated for the remaining Trump term.  The Pentagon has notified Russia that our capabilities are intact but without Trump. Trump already turned most US defense capabilities over to Russia when he ‘greenlighted’ Russia’s hack of Pentagon systems, according to Pentagon sources.

Other sources say militia groups like Oathkeepers and Proud Boys are ready to attack key military facilities on behalf of Russia. Our sources say they [the groups] are ready to call on Russia to fend off what they say will be a Chinese attack on the US, evidenced in the recent election of Joe Biden in a 7 million vote landslide.

From their rambling manifesto released yesterday on Hal Turner radio:

“(to Trump)If you fail to act while you are still in office, we the people will have to fight a bloody civil war and revolution against these two illegitimate Communist China puppets, and their illegitimate regime, with all of the powers of the deep state behind them, with nominal command of all the might of our armed forces (though we fully expect many units or entire branches to refuse their orders and to fight against them) and with their foreign allies also joining in to assist in the suppression of American patriots.”

You'd be a fool not to take a madman seriously, especially one that commands white supremacist terror groups and has the nuclear codes. https://t.co/WfgGNW2mU7

According to Business Insider, the Pentagon has also put in place a special protocol to seize “the football” from Trump who has privately told aides that he plans to try to keep the nuclear first strike communications module in his possession even if he is physically removed from the White House on January 20.

Newsweek: A separate presidentially-activated code word exists to implement each of some five dozen PEADs—the documents already dispersed amongst various departments and government agencies. Those codes are contained in the same satchel—the so-called “football”—that holds the president’s nuclear authenticators and is carried by military aides who are always with the president. In other words, such orders for extraordinary powers have been regularly briefed to President Trump and are only an arm’s length away.

EXCLUSIVE: Fearing the worst during the next 30 days, Pentagon officials replace the nuclear codes being carried by Trump’s military aide inside the ‘nuclear football’ with this piece of paper. They know Trump won’t know the difference. pic.twitter.com/ix2B1jMGDN

More applicable to the current situation, he says, is the PEAD that allows for “proclaiming the existence of an unlimited national emergency.” Executive orders, he says, already exist that define a “national security emergency” as including military attack, natural disaster, a technological calamity, and “other emergencies” that threaten the national security of the United States. “The entire apparatus is both meticulous and highly ambiguous,” the official says. He declined to speak on the record because the subject matter—PEADs and emergency powers—is so highly classified.

Pentagon and Washington-area military leaders are on red alert, wary of what President Donald Trump might do in his remaining days in office. Though far-fetched, ranking officers have discussed what they would do if the president declared martial law.

And military commands responsible for Washington DC are engaged in secret contingency planning in case the armed forces are called upon to maintain or restore civil order during the inauguration and transition period. According to one officer who spoke to Newsweek on condition of anonymity, the planning is being kept out of sight of the White House and Trump loyalists in the Pentagon for fear that it would be shut down.

“I’ve been associated with the military for over 40 years and I’ve never seen the discussions that are being had right now, the need for such discussions,” says a retired flag officer, currently a defense contractor who has mentored and advised his service’s senior leaders. He was granted anonymity in order to speak without fear of reprisal.

“At this point there’s no telling what the president might do in the next month,” says a former Northern Command (NORTHCOM) commander, one who has been intimately involved in the development of domestic civil planning.

“Though I’m confident that the uniformed military leadership has their heads screwed on right, the craziness is unprecedented and the possibilities are endless.” The retired flag officer also requested anonymity because he is actively advising senior officers and is not authorized to speak on the record.

Raw Story: During an MSNBC “Morning Joe” panel discussion on the reported massive cybersecurity attack on the U.S. government’s computer systems, two experts on national security said it was exceedingly damaging with one panelist adding that Donald Trump gave the Kremlin the “green light” by cozying up to Vladimir Putin.

“Well, the Russians appear to have implanted the malicious code, malware, in a software security update that was utilized by hundreds of thousands of customers including those you listed,” Bash told host Geist. “This is an epic national security bombshell in our history and the incoming Biden team is going to have a monumental task. First they’ll have to do a comprehensive damage assessment. That can’t be done in hours or days, that will take weeks and months to figure out exactly what the Russians now have their hands on.”

“I think what happened is, Jeremy is right,” she continued. “On one hand, Trump rewarded Putin for this and in fact he not only welcomed it. He also said in front of the whole world, he said that he believed Vladimir Putin when he said he didn’t meddle in the 2016 election; that Russia wasn’t involved in the hack and dump that led up to the 2016 election and I think for the Russians, I think that was a green light.”