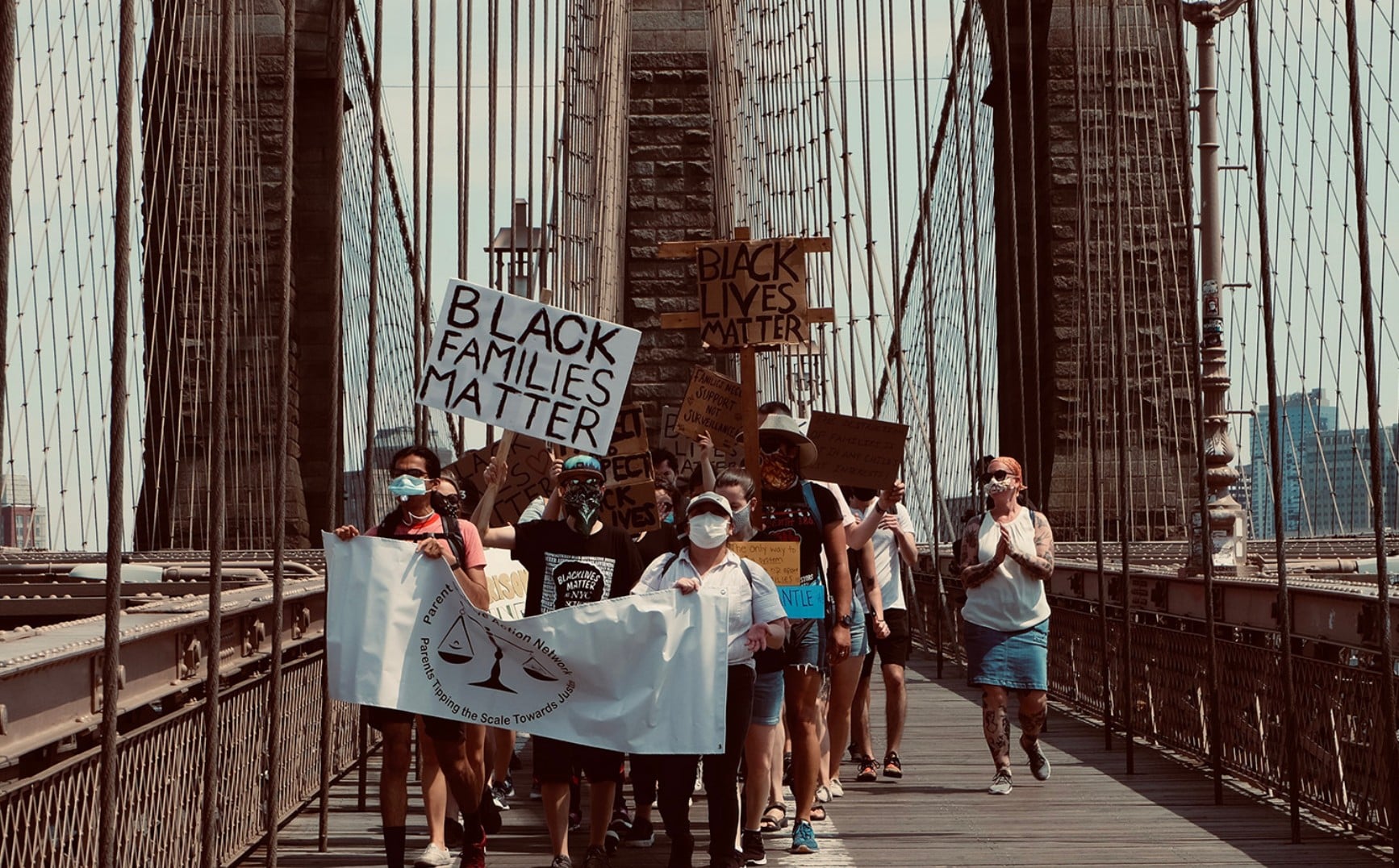 Mother Jones: On a steamy Saturday in late June, Joyce McMillan stood outside the Brooklyn Family Court wearing a T-shirt that had “TRUTH OVER TRADITION” emblazoned across the front. A crowd of about 200 people gathered for the first-ever march for Black Families Matter.

Compared with the gigantic crowds that had taken over the streets of Brooklyn a few weeks before in the wake of George Floyd’s killing, this group of protesters was small. But the intensity of their rage at what they viewed as a racist and punitive system of justice—this time focused on the Administration for Children’s Services in New York City—was the same. “Stop policing Black families,” one of the signs read. Others charged that “ACS STEALS BLACK BABIES,” “ACS = Police,” and “ACS Destroys Black Families.”

“People tend to think that ACS/CPS supports families, and they don’t,” McMillan told the crowd as participants cheered in agreement. “Any system built to actually protect children should in no way mimic a system that tortures adults!”

McMillan knows what it looks like when ACS steps in to offer “support.” She’s a Black mother, and one day in 1999, an ACS caseworker appeared at her door because someone had alleged that she wasn’t caring for her children properly. Thus began a 20-year struggle, with McMillan defending her parental rights in order to keep her two daughters in her care. Building on her intimate knowledge of ACS’s bureaucracy, hard won through personal experience, McMillan now helps other parents fight the system.  read more…

Do We Need to Abolish Child Protective Services?