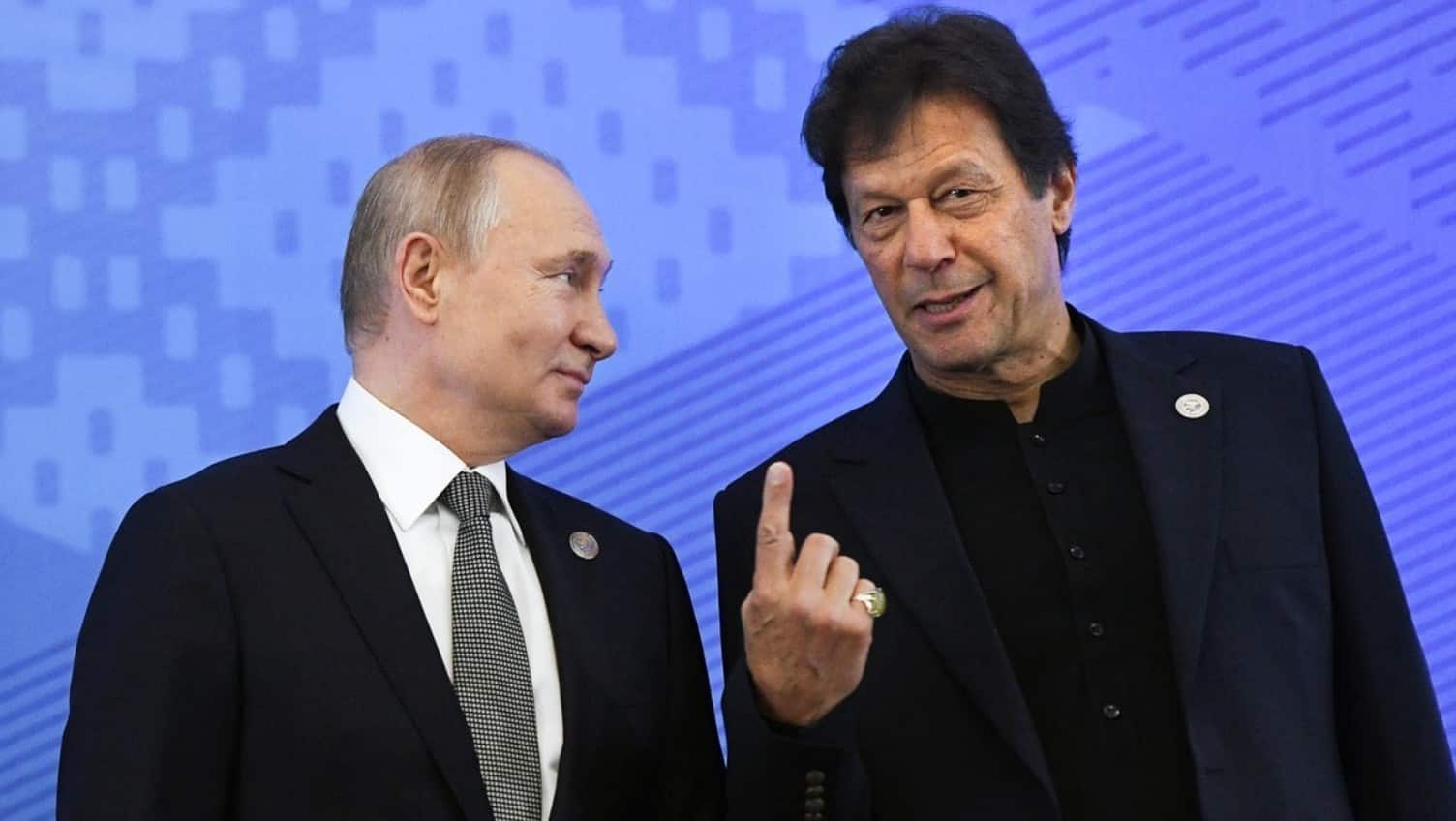 There are no permanent friends and enemies in international politics. Friendship and enmity change in accordance with the states’ interests which are of primary importance.

During the Cold War, Pakistan was allied with the United States and the former Soviet Union backed India.

Following the end of the Cold War, the US left both Pakistan and Afghanistan to face the fallout of the Afghan war 1.

After the 9/11 tragedy, America, again, needed Pakistan’s help. Pakistan was granted the status of non-NATO ally by the US due to the early successes, achieved by Pakistan’s Army and Inter-Services Intelligence (ISI) against the Al-Qaeda militants.

But, when the US-led allies felt that they are failing in coping with the stiff resistance of the Taliban in Afghanistan, especially America started accusing Pak Army and ISI of supporting the Afghan Taliban.

When the US-led NATO decided to end the prolonged war in Afghanistan and to withdraw their forces, again, Washington needed Pakistan’s assistance. Since the US Special Representative for Afghan Reconciliation Ambassador Zalmay Khalilzad started his efforts to convince the Taliban to have direct talks with the US, he admitted that Pakistan has been playing a major role which also resulted into the US and the Taliban agreement in Doha-the capital of Qatar on February 29, this year.

At the same time, America which has signed several agreements, including defence pact with India, is still supporting New Delhi to counterbalance China.

Recently, during his visit to New Delhi, US Secretary of State Pompeo along with Defense Secretary Mark Esper, the US and India signed a pact to share sensitive satellite and map data, as Pompeo warned of the threat posed by an increasingly assertive China.

In its report on Counter Terrorism released on June 24, 2020, US State Department allegedly stated that Pakistan continued to serve as a safe haven for regionally focused terrorist groups and allowed groups to target India and Afghanistan.

The next day, Pakistan’s Ministry of Foreign Affairs expressed disappointment over the US Report on Terrorism, describing it as self-contradictory and selective by elaborating: “Pakistan will not allow any group or entity to use its territory against any country.”

Recently, Pakistan’s Ambassador to the UN Munir Akram handed over to the UN Secretary General Antonio Guterres a dossier on India’s campaign to promote terrorism in Pakistan by pointing out that it was violation of international law, the UN Charter and Security Council resolutions.

Taking cognizance of the US double game, Islamabad has been strengthening its relations with the Russian Federation.

During his first trip to Moscow, Pakistan’s Chief of Army Staff General Qamar Javed Bajwa on April 24, 2019 met with the Commander of Russian Ground Forces Colonel General Oleg Salyukov who acknowledged achievements of Pakistan Army in fight against terrorism. He stated that Pakistan is a geo-strategically important country and Russia was keen to expand its existing bilateral military-to-military cooperation.

Russia and China favour Pakistan’s efforts towards reconciliation and peace in Afghanistan, which are essential for the whole region.

“Pakistan is an important partner for Russia in South Asia” and congratulated the then Premier Sharif on Pakistan’s full membership to the SCO.

An agreement had been signed in Islamabad on August 7, 2018 between Pakistan and Russia for training of Pakistani troops in Russia. Pakistan’s defence ties with Moscow are growing strong and this pact has opened new avenues of cooperation.

On September 27, 2018, Pakistan and Russia signed a historic $10 billion offshore gas pipeline agreement in Moscow. The project will help Russia cement its place in the energy market of Pakistan. Under the agreement, a state-owned Pakistani company will collaborate with Russia’s energy giant company Gazprom. On February 6, 2019, during a visit of the Russian delegation, headed by Gazprom, the Russian side pledged an investment of $14 billion in offshore gas pipeline project.

Islamabad will also gain access to the Russian market to boost its overall exports, while Moscow offered to revive Pakistan steel mill.

Islamabad and Moscow have agreed on May 22, 2019 to enhance cooperation in various fields, including trade, energy and defence sectors. The agreement was reached at a meeting between Pakistan’s Foreign Minister Shah Mahmood Qureshi and his Russian counterpart Sergey Lavrov.

Notably, Russia openly had objected to NATO strikes in Pakistan.

As regards the military relations between the two countries, a defense-counter terrorism related agreement was signed in 2014. Under the deal 4 Mi35 helicopters were also sold by Russia to Pakistan. Since 2016, Islamabad and Moscow have been conducting joint military exercises named DRUZBHA.

Moreover, in a meeting held among America, Russia, China and Pakistan in Beijing in July 2019, the four countries had called on the Taliban to immediately agree to a cease-fire and to direct negotiations with the Afghan government.