VT: Listen to him…terror in his voice, not sounding like police but more like someone drugged out of their mind, maybe drunk as well…

Ginther said he is not prejudging Coy in the shooting, but is calling for his termination because he failed two department directives. Coy did not turn on his body camera until after the shooting took place. Ginther also said he failed to render aid to Hill, which is one of the duties required by an officer.  From an earlier complaint against Coy: 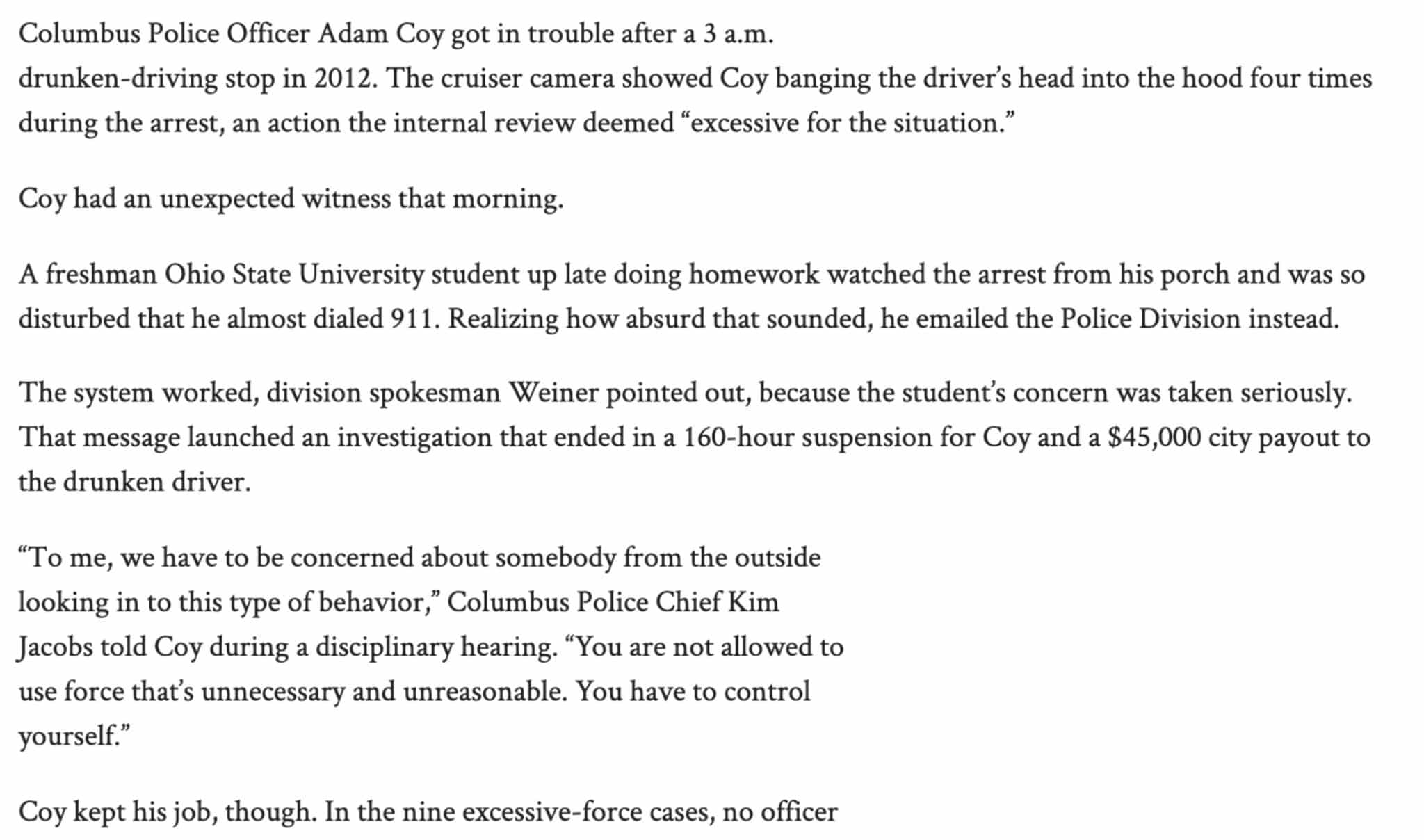 According to a release from the city, the preliminary investigation indicates the man was visiting someone at the home.

A weapon was not recovered at the scene and body camera footage also shows a delay in rendering first aid to the man, the city said.

The officer, a 17-year member of the force, was relieved of duty, ordered to turn in his gun and badge, and stripped of police powers pending the outcome of investigations.https://t.co/6lVFQMJWSp

“I am deeply saddened, frustrated, angry, demanding answers of what happened in our community earlier this morning. I am committed to transparency and accountability in our division of police. We will seek the truth wherever it takes us. And justice will be served,” Ginther said.