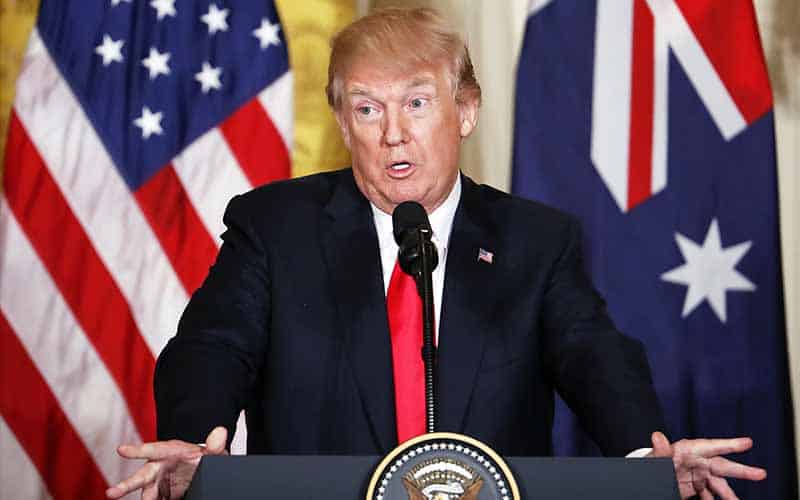 VT: For those out there deluding themselves they didn’t follow one of the dumbest human beings in existence…and to those who think VT’s (mostly) failure to fall in line even when threatened…

Salon, our first, did a good job but Slate hit one clearly “out of the park”

VT has resisted being overwhelmed by Trump’s idiocy and hasn’t as so many others had, decided to take the ‘zio-backhander’ and learn to praise the malevolent orange pissant…

Salon: We’re tentatively starting to emerge from the four year-long national nightmare of Donald Trump’s presidency, but the reckoning of what the nation endured will take years to really understand.

Trump was terrible in so many ways that it’s hard to catalog them all: His sociopathic lack of regard for others. His towering narcissism. His utter ease with lying. His cruelty and sadism. The glee he took in cheating and stomping on anything good and decent. His misogyny and racism. His love of encouraging violence, only equaled by his personal cowardice.

But of all the repulsive character traits in a man so wholly lacking in any redeemable qualities, perhaps the most perplexing to his opponents was Trump’s incredible stupidity.

On one hand, it was maddening that a man so painfully dumb, a man who clearly could barely read — even on those rare occasions when he deigned to wear glasses — still had the low cunning necessary to take over the Republican Party and then the White House.

On the other hand, it was the one aspect of Trump’s personality that kept hope alive. Surely a man so stupid, his opponents believed, will one day blunder so badly he can’t be saved, even by his most powerful sycophants.

That has proved to be the case as Trump fumbles his way through a failed coup, unable and unwilling to see that stealing the election from Joe Biden is a lost cause.

Trump’s unparalleled idiocy gave us a few laughs along the way, which we sorely needed in those troubled times. With that in mind, here’s a list of the 10 most jaw-droppingly stupid moments of Trump’s White House tenure.

1) That time Trump suggested injecting household cleaners into people’s lungs to cure them of the coronavirus. …read more

and then we have State.com’s version as well...

The Donald Trump presidency ended, in a way, on Nov. 7. That was the day that media outlets called Pennsylvania, and thus the 2020 election, for Joe Biden. It was also the day that Trump tweeted his campaign would be holding a press conference at the Four Seasons in Philadelphia, only to follow up with a clarifying tweet that he meant “Four Seasons Landscaping,” a business located on the outskirts of the city near an adult bookstore and a crematorium.

Yes, the campaign later claimed there was a reason why they booked this particular venue. So, yes, we don’t know for sure that the campaign actually meant to hold its event, at which Rudy Giuliani made luridly dishonest and fantastical claims about voter fraud, at the Four Seasons Hotel, only to book the completely unrelated landscaping company by mistake. But we know.  …and now their incredible list….