Iraq’s anti-terror group, Kata’ib Hezbollah, has called the last week’s rocket attack against the US embassy in Baghdad a false-flag strike and a plot hatched by Washington.

Muhammad Mohi, the spokesman for Kata’ib Hezbollah, which is part of the country’s Popular Mobilization Units (PMU), made the comments in an interview with the Al Jazeera news broadcaster, saying Washington is the “sole beneficiary” of the so-called attack as it “wants to increase pressure on Iraqi resistance groups.”

On December 20, a series of Katyusha rockets landed near the US embassy complex, which is inside Baghdad’s heavily-fortified Green Zone. The attack caused minor damage to buildings there.

Mohi said the pressure by the US comes as Iraqis are preparing to commemorate the first anniversary of the Trump-authorized assassination of Iran’s top anti-terror commander Lieutenant General Qassem Soleimani, and Abu Mahdi al-Muhandis, deputy head of the PMU, in a US airstrike near Baghdad airport on January 3.

After the terrorist act, the Iraqi parliament voted overwhelmingly in favor of a resolution calling for the expulsion of US forces from the Arab country.

Anti-American sentiments have run even higher in the past few days as Iraqis are outraged by the US president’s decision to pardon four war criminals. The Blackwater contractors had been jailed for killing of unarmed Iraqi civilians in Baghdad in 2007. 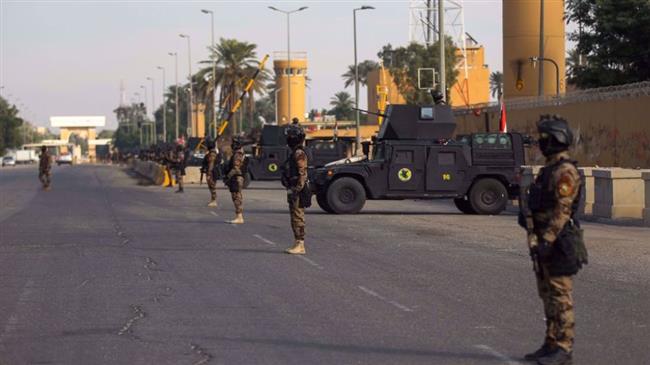 The Iraqi military says four rockets have targeted the Green Zone in the capital Baghdad.

The US embassy has been targeted several times this year amid heightened anti-American sentiments in Iraq in the aftermath of the assassinations of General Soleimani and al-Muhandis.

Washington claims it fears another attempt against its diplomatic missions and military bases in Iraq as the first anniversary of the martyrdom of the two popular anti-terror commanders nears.

“Washington fears demonstrations near its embassy or any kind of popular activities aimed at exposing the US role in Iraq, and this concern has prompted the American leaders to launch these (fake) strikes against their [own] embassy,” further said the spokesman of the Kata’ib Hezbollah group.

Mohi added that the outgoing Trump administration is trying to push Iran and the resistance groups to give “a reckless response” by exerting pressure and creating a crisis, “but we are aware of this plot.” 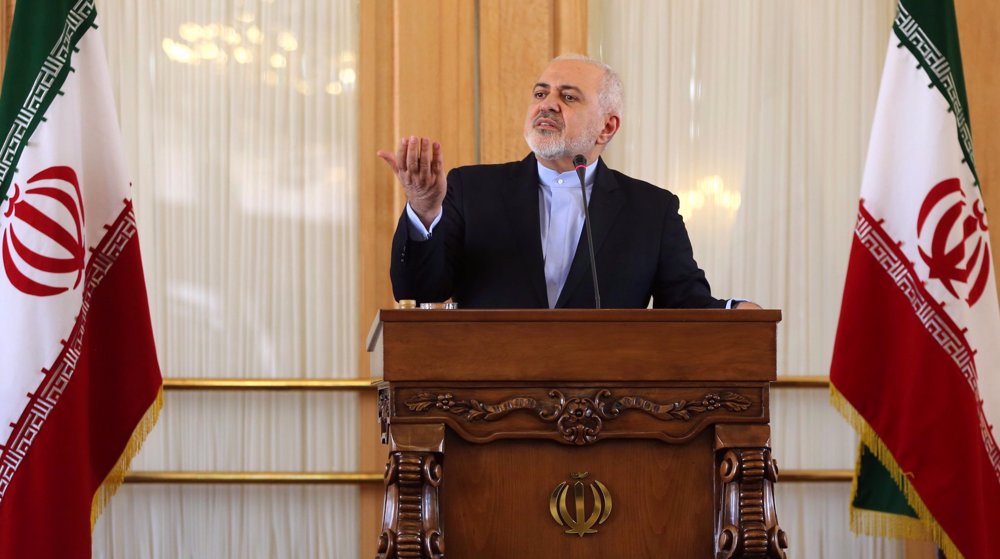 Iran dismisses US President Trump’s accusations against Tehran regarding a recent rocket attack on the American embassy in Baghdad.

The targeting of the US embassy has already sparked a war of words between Washington and Tehran, with Trump blaming Iran for the attack and warning of retaliation if “one American is killed.”

In response, Iranian Foreign Minister Mohammad Javad Zarif suggested that Trump’s remarks – which were made via Twitter – were reminiscent of the Bush administration’s accusations against Iraq, which led to the 2003 invasion of Iraq.

Iran dismisses US President Trump’s accusations against Tehran regarding a recent rocket attack on the American embassy in Baghdad.