from Salman Rafi Sheikh, …with New Eastern Outlook, Moscow, …and the Institute of Oriental Studies of the Russian Academy of Sciences, a research institution for the study of the countries and cultures of Asia and North Africa.

[ Editor’s Note: Rafi Sheikh has a year end wrap up on the turbulent Turkey, US, NATO and EU relations. Erdogan does get credit for his nationalism concern, as others take no shame in doing the same. And he might have a right to be angry at the apparent US support for the coup against him.

Yes, Turkey was useful in helping the US coalition to support the Balkanization of Syria. But Erdogan did it for his own reasons, to gain control of the Kurdish border inside Syria, and carve off Idlib as a de facto colony of Turkey, and all of its on and offshore oil and gas reserves, a secret that remains so, after VT publishing it over and over. Our sources were the geological surveys, done by satellite, long ago.

The US was angry with the Russian gas pipelines planned for Turkey and Southern Europe, which both were happy to get for the wonderful transit revenue and to help build a well diversified gas network for the EU long term. The US wanted to throw a monkey wrench into all that, and has, despite the Germans not having bowed down to US demands.

Rafi has not used the term tyrant when discussing Erdogan, which I would. Erdogan is obviously in a full expansionist mode, renting out his military technology and hardware with cannon fodder jihadis from the starving Syrians in Turkish refugee camps.

Turkey does have a major military in the region, but with one big weakness. Its regular army has no real combat experience. It supports muslim extremists from the safety of the rear.

Its most recent foray into the Armenian war was the latest example, one where the West did not lift a finger to help Armenia withstand an attack by the Azeris, Turkey, and all the stupid Idlib jihadis that fought and died before their first paycheck, enough to cover shipping their bodies back.

Will we see a change to this dynamic in 2021? I bet not. Let me know what you think in the comments… Jim W. Dean ] 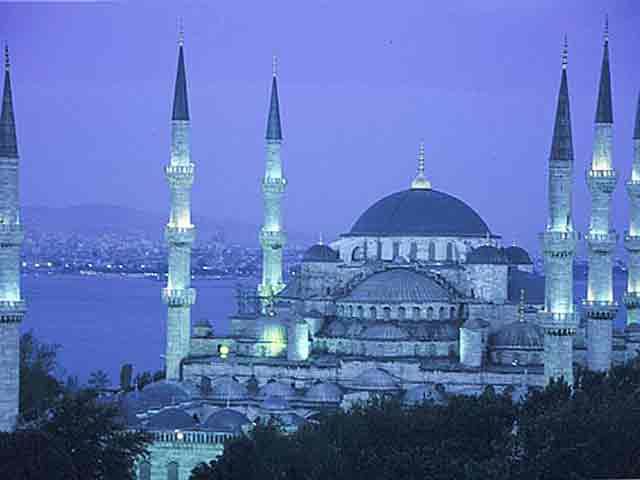 The incumbent US Secretary of State’s strong dislike of Turkey is evident from the fact that he never visited Turkey in an official capacity, although he was in the region for more than once during his tenure and visited both Cyprus and Greece, Turkey’s regional rivals.

Mike Pompeo, who thinks Turkey is as “democratic as Iran” and is more of an “Islamic Dictatorship” than a democracy, harbors a disdain for a NATO ally not just because Turkey bought Russian missile system, but because Turkey has been aggressively following an independent foreign policy, particularly ever since the failed coup attempt of 2016, which Turkey suspect was engineered by the US agencies.

Although much of this independent foreign policy is ideologically guided by the Erdogan regime’s Neo-Ottoman ambitions, there is no gainsaying that this particular course of policy has largely put Turkey on a collision course with the West. Mike Pompeo has, accordingly, accused Turkey of undermining NATO.

In the recently held telephonic conference of NATO Foreign Ministers, Pompeo chastised Turkey for its “provocative” activities in the eastern Mediterranean, Libya, Syria and Nagorno-Karabakh, adding that the Turkish acquisition of the S-400 missile system was a “gift to Russia” from a NATO ally.

While these activities may be “provocative” for the US, Mike Pompeo showed no sense or a policy to accommodate an ally that has second largest force in the alliance.

Instead, Pompeo said that Turkey’s actions were “undermining” the cohesion of the alliance, partially akin to working against the alliance from within. Pompeo, in other words, had already prepared the ground for sanctions before the latest sanctions were announced two days ago.

Interestingly, Pompeo is not the only one within the current US “deep state” who think Turkey has gone “rogue”. The US House Foreign Affairs Committee said in its December 16 statement:

“We are gravely concerned by the threat Turkey’s increasingly provocative behavior poses to our decades-long bilateral relationship, to the NATO alliance, and to the region more broadly. While we continue to see real value in a strong U.S.-Turkey relationship, its destabilizing actions need to be more strongly addressed and the United States must work with its European and NATO allies and partners to continue to use all of the tools at their disposal to demand that Turkey reverse course.”

As it stands, the way the US and EU have “addressed” Turkey’s “destabilizing actions” is through a typical combination of sanctions—a usual Western response to any country that refuses to play by their rules.

As the statement showed, US/NATO charge sheet against Turkey includes not just its purchase of Russian S-400 system; it includes Turkey’s involvement in Syria, Libya, Nagorno-Karabakh, East Mediterranean, support for Hamas and Erdogan’s undermining of Turkey’s democratic institutions through concentration of power in the office of president.

It is obvious that the differences between the US and Turkey [and Turkey and the EU as well] go far deeper than the Russian-factor. These differences are of institutional nature, deeply rooted in the changed character of Turkish state under Erdogan, and are at the heart of re-shaping the West’s position vis-à-vis their old ally.

It was always obvious that a mere purchase of S-400 was not enough to completely wean Turkey away from the West; for, Russia and Turkey, too, have differences. As Putin recently said in his annual press conference, Russia and Turkey do not quite often agree on all issues.

“We often disagree on certain issues with President Erdogan. Maybe sometimes even have opposing views. But he is a man who keeps his word. If he thinks it’s good for his country, he goes all the way,” Putin stressed.

For Putin/Russia, Turkey under Erdogan is not a “rogue” state. Erdogan, being a staunch nationalist, follows Turkey’s national interests independently even if it puts him on a collision course vis-à-vis its NATO allies, or even if that course of action was unacceptable to everyone else.

Putin’s understanding of Erdogan and the way Turkey and Russia, despite their differences and divergence, have kept their relations stable reflects strongly on the prospect of a strong future of their bi-lateral relations.

While Turkey’s independent course of action would not have really undermined NATO, the US (and EU) sanctions are quite likely to wean it further away from them towards Russia (and even China). This could, in future, create a possibility of Turkey’s permanent exit from NATO and throw the alliance into an acute crisis situation, exacerbating its current weak position.

The alliance, as it stands, is already internally strained. A recently released official report of NATO said that:

“…. NATO has experienced internal strains. Recent years have seen Allies engaged in disputes that partly reflect anxieties about their long-term strategic futures. Some Europeans worry that the United States is turning inward—or that its commitment to their continent will diminish as it increases focus on the Indo-Pacific. Some Americans worry that Europeans will shirk their responsibilities for the common defence – or even pursue a path of autonomy in a way that splinters the Alliance. Inside NATO, societal divisions have arisen and representative democracy is being challenged. In many ways, the Alliance could be said to be formidable in military strength; but it is far from invulnerable to such political turbulence.”

Turkey is, therefore, not the only country undermining the NATO. There are multiple layers of tensions within the alliance, and within the West itself. The US [and EU] sanctions only reflect the internal crisis and divisions that NATO’s own report has promptly highlighted.

The US [and EU] sanctions are far from the report’s recommended path of “adaptation” to the changing world scenario; it is, on the contrary, a way to resist adaptation and shut down member countries. A blind walk on this path will only make the alliance internally hallow and barren.