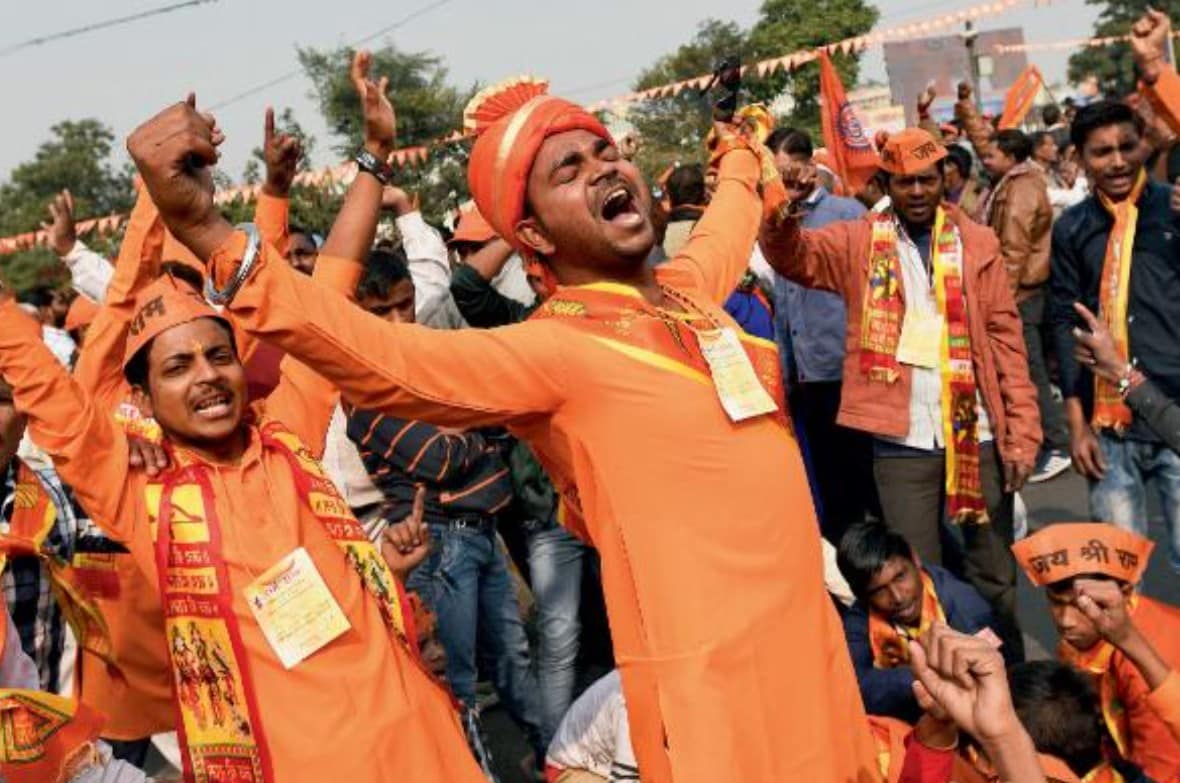 Adolf Hitler and the Nazi Party had come to power with the avowed purpose of conquering colonies and foreign lands for the Germans. They must have a living space-‘Lebensraum’ as the Nazis called it for the living surplus German population, finding raw materials and markets for German industrial goods.

Hitler who inspired religious fervour in Germany, wanted to establish its domination first over Europe and then over the entire world.

Renowned historians agree that Adolf Hitler was impulsive ruler, guided by ungoverned temper. He believed in the principle of “world power or downfall.” He had a firm faith in the superiority of German race and inferiority of other races. He became powerful ruler and acted upon an aggressive foreign policy to subjugate other nations.

Adverse circumstances in Germany after the Treaty of Versailles helped Hitler to come to power. His propaganda techniques influenced millions of people.

Adolf Hitler’s internal policies were authoritarian and totalitarian. The secret police-Gestapo was formed to deal with the slightest indication of opposition.

By imitating Hitler’s propaganda techniques, in the Indian general elections of 2014 and 2019, the BJP won huge majority in the Lok Sabha, as during the election-campaign, Hindu majority was mobilized on ‘hate Muslim’ slogans and ‘anti-Pakistan’ jargons.

Since the leader of the BJP party, Narendra Modi came to power; he has been implementing Ideology of Hindutva (Hindu Nationalism) which has become the ‘Lebensraum’ of India. Modi-led BJP government has mixed politics with religious fervour.

Under Modi regime, Indian internal policies are authoritarian. In this regard, various developments like unprecedented rise of Hindu extremism, persecution of minorities even of lower cast-Hindus, forced conversions of other religious minorities into Hindus clearly show that encouraged by the Hindu fanatic outfits such as BJP, RSS, VHP, Bajrang Dal and Shiv Sena have been promoting religious and ethnic chauvinism in India by propagating the Hindutva ideology.

In one way or the other, like Germany of the Hitler’s era, New Delhi has, also, been acting upon the policies of neo-imperialism and colonialism. In this respect, through its military and intelligence agency RAW, India has continued expansionist designs through intervention as part of hegemonic policies vis-à-vis her neighbouring countries.

On August 5, last year, India revoked articles 35A and 370 of the Constitution which gave a special status to the disputed territory of the state of Jammu and Kashmir (J&K). The act split the J&K into two federal territories.

Indian prejudiced rulers’ various other measures such as continued lockdown in the Indian Occupied Kashmir (IOK), deployment of more than 900,000 military troops there, who have martyred thousands of the Kashmiris through brutal tactics-fake encounters, closure of mosques, shortage of foods, medicines for the patients and coronavirus-affected persons, ban on the entry of foreign journalists and from time to time, shelling inside Pakistani side of Kashmir, which have killed hundreds of innocent villagers show India’s Nazis’ strategy.

In the recent past, India occupied various areas, adjacent to the Line of Actual Control (LAC). In response, Chinese forces moved into the regions along the eastern Ladakh border and vacated the disputed territories.

Besides, the Indian Citizenship Amendment Act 2019 (CAA), passed by the Indian Parliament further exposed the discriminatory policies of the Modi-led government. The CAA coupled with the National Register of Citizens (NRC) is mainly against the Muslim immigrants especially from Pakistan, Bangladesh and Afghanistan.

Despite criticism of the rights groups, foreign leaders, the UN and moderate Hindus in wake of violent protests which  killed hundreds of persons—mostly Muslims by the police and prejudiced Hindus, Modi’s regime has not withdrawn the CAA/NRC.

In this context, a government-appointed-the Delhi Minorities Commission said in its report: “Mostly Muslims were killed in the worst communal violence in Delhi…against a new citizenship law in February, this year…the law was discriminatory…Muslim homes, shops and vehicles…mosques were selectively targeted.”

Thus, Hindu vandalism, particularly against the Muslims led by the Indian rulers converted India and IOK into concentration camps, erected by Hitler against Jews.

In its latest report, titled “Indian Chronicles”, the EU DisinfoLab unmasked an Indian disinformation network, operating since 2005 to discredit nations, particularly Pakistan. It aims to reinforce pro-Indian and anti-Pakistan and anti-Chinese feelings.

Earlier, at a joint press briefing and a joint press conference, Director General (DG) Inter-Services Public Relations (ISPR) Major-General Babar Iftikhar and Foreign Minister Shah Mahmood Qureshi said: “India is sponsoring terrorism from its soil and beyond Pakistan [Afghanistan]…as instrument of its foreign policy…An amount of US$5 million has been given to the Balochistan Liberation Army and the Balochistan Liberation Front…India raised a 700-strong militia to sabotage CPEC [China-Pakistan Economic Corridor]…India is aggressively pursuing clandestine agenda of destabilizing Pakistan.”

RAW which is in collusion with Israeli Mossad and Afghanistan’s intelligence agency National Directorate of Security has well-established its network in Afghanistan—has been fully assisting terror-activities in Pakistan’s some areas through terrorist outfits like Jundullah and TTP, including their affiliated groups. RAW is also using terrorists of ISIS which claimed responsibility for a number of terrorism-related assaults in Pakistan and Afghanistan.

In this backdrop, we can conclude undoubtedly that Hindutva has become the ‘Lebensraum’ of India and Modi’s dangerous designs may culminate into nuclear war either with Pakistan or China.