Home History Luciferian Neocon Jonah Goldberg is at it again 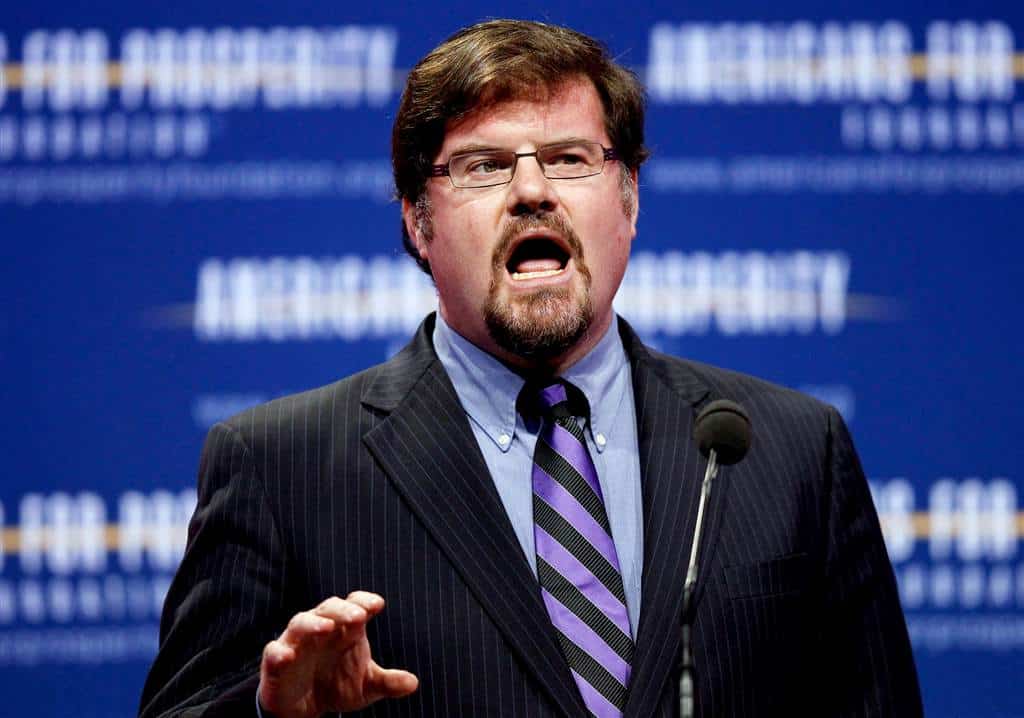 Whenever a flaming Neocon opens his mouth and starts talking, you can be sure that he is going to spread one nonsense after another in a matter of seconds. In fact, they simply cannot utter ten sentences without saying weird things, crazy things, diabolical things.

You remember Jonah Jacob Goldberg? Some may not remember him, but he is the crazy, completely deluded and deranged Neocon who wrote back in 2002:

“Every ten years or so, the United States needs to pick up some small crappy little country and throw it against the wall, just to show the world we mean business.”[1]

Did you catch that? You may want to read that again to get the deep philosophical knowledge that Goldberg was bequeathing upon America in 2002. One year later, America picked up a “small crappy little country” called Iraq and, with the help of Neocons like Goldberg, blew it up to hell. Why did America have to do that? Neocon Michael Ledeen has the answer:

“Creative destruction is our middle name. We tear down the old order every day, from business to science, literature, art, architecture, and cinema to politics and the law.”[2]

Following the Neocons’ lead, America did the same thing in Afghanistan, Syria, etc. So, what did brother Goldberg say when Iraq turned out to be a complete disaster? Well, he wrote an article in the LA Times in 2006 entitled, “Iraq: a worthy mistake.”[3] Listen to Goldberg here:

“The Iraq war was a mistake. I know, I know. But I’ve never said it before. And I don’t enjoy saying it now. I’m sure that to the antiwar crowd this is too little, too late, and that’s fine because I’m not joining their ranks anyway…. I must confess that one of the things that made me reluctant to conclude that the Iraq war was a mistake was my general distaste for the shabbiness of the arguments on the antiwar side.”[4]

That is a categorical lie. And it is pretty sad that it was repeated in the LA Times. Goldberg must have known that he was repeating a lie precisely because all the documents we possess state that both Bush and much of the Neocon establishment knew that Iraq had no weapons of mass destruction, that Saddam was not buying uranium from Niger, and that Saddam had no plan to attack the United States.

Yet those categorical lies were summoned by Neocons of various stripes because, like Dracula, they were hungry to drink the blood. This type they wanted to feast on the blood of decent people in the Middle East.

Neocon Paul Wolfowitz was so aggressive about invading Iraq that one Republican lawmaker declared Wolfowitz “was like a parrot bringing [Iraq] up all the time. It was getting on the President’s nerves.”[5] After one such meeting in Washington, we are told that Colin Powell rolled his eyes, declaring, “Jeez, what a fixation about Iraq.”[6]

After making one preposterous statement after another, the flaming Neocon moved on to say: “Truth is truth. And the Iraq war was a mistake by the most obvious criteria: If we had known then what we know now, we would never have gone to war with Iraq in 2003.”[7] When Wolfowitz was told by deputy national security advisor Stephen Hadley that there was no link between Al Qaeda and Saddam Hussein, Wolfowitz responded with certainty, “We’ll find it. It’s got to be there,”[8] which is another way of saying that if it does not exist, they would make it up.

So, when people like Goldberg are trying to entertain you with dumb statements like they didn’t know that Iraq had no weapons of mass destruction, then that’s an infallible sign that these people did make a political pack with Lucifer, who, in John Milton’s Paradise Lost, declares, “So farewell hope, and with hope farewell fear, Farewell remorse; all good to me is lost. Evil, be thou my good.”

So when Corey Robin of Brooklyn College and the City University of New York’s Graduate Center wrote that “The biggest challenges to today’s public intellectual are imagination and will,”[9] he was categorically wrong. Goldberg didn’t lack imagination. In fact, he invented lies. He lacked the courage to tell the truth and act upon that basis.

So what is Goldberg up to these days? Well, certain Iraq is no longer on his mind. He is hoping that the US gets into an inflammatory conflict with China now. “China is definitely an adversary,”[10] Goldberg didn’t stop there. He went on to assert: “China’s ruling ideology is much better understood as nationalistic, with bits of oligarchy, aristocracy, racism and imperialism thrown in.”[11]

He’s got to be kidding. China doesn’t have separate buses for foreigners, but Israel does have separate buses for Jews and Palestinians! Or how about “Jewish-only ‘national self-determination’” law?[12] Isn’t that racist? Let us stop and think for a moment. Can you imagine the reaction if some neo-Nazi group happens to start a similar law in America or in Europe? Wouldn’t Jewish organizations (from the ADL to the Jewish Telegraphic Agency) start screaming and kicking and gyrating all over the media?

Yet racist laws and policies have become routine in Israel and no serious Jewish organization has said a damn thing about it. Migrant workers for example have ended up working “at 25% below the minimum wage, without medical or social benefits, and without any work permit whatsoever.”

But that’s just the tip of the iceberg. Racism is also ingrained in Israeli schools as well. Listen to a tenth grader:

“In my education I learned that…their education is to be terrorists, and there is no belief in them. I live in an area of Arabs, and every day I see these Ishmaelites, who pass by the [bus] station and whistle. I wish them death.”[13]

You may think that this is a disgruntled and deranged high school kid, and her abiding hatred toward the Palestinians does not represent a significant number of schools in Israel. But you would be wrong. In an article entitled “Israeli Teens Gripped by Virulent Racism,” the Jewish Daily Forward reported in 2014: 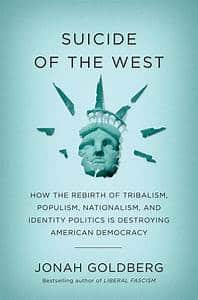 “One student relates that he heard in the synagogue on Shabbat that ‘Aravim Zeh Erev Rav’ [‘Arabs are rabble,’ in a play on words], and also Amalek, and there is a commandment to kill them all,’ a reference to the prototypical biblical enemy of the children of Israel. Another student says he would take revenge on anyone who murdered his family, but would not kill them all.”[14]

Will Goldberg help fight this blatant form of racism? Is he going to tell us all that he didn’t know these things were going on in Israel? Is he that stupid? And he wants us to take him seriously about China’s racism?

It gets even more interesting. Two years ago, Goldberg wrote a book entitled, Suicide of the West: How the Rebirth of Tribalism, Populism, Nationalism, and Identity Politics Is Destroying American Democracy.

But what about Israel, Goldberg? According to him, It is a “lie” that the Palestinians are being wiped out by the Israelis, despite the fact that the Israeli settlements are classic examples of this. For Goldberg, vibrant and real racism is against Palestinians is another lie.

There are some ideas that are so dumb and diabolical that only a Luciferian Neocon will believe them.