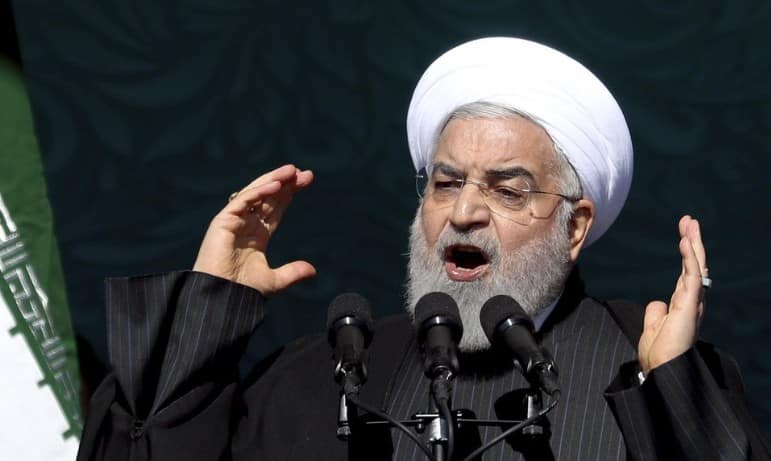 VT ain’t saying nuffin’ but someone other than us might want to tell Iran how the majority of Americans feel about this.

I think Rouhani said he wanted to end him, so their is that incentive for him to drone strike again, let's hope Trump is indicted 1/21/21..

Daily Mail: Iran has warned that Soleimani’s killers are ‘not safe on earth’ hours after President Hassan Rouhani hailed the end of Trump-ism and said that the ‘life of this criminal will end soon’.

The Iranian President made the comments on Wednesday as the country this week honours the military commander who was assassinated a year ago by arch-enemy the United States and is revered as a heroic warrior across the Islamic republic.

#BREAKING Iran's president @HassanRouhani says Donald Trump will, in the next few weeks, be ousted not just from government, but from life. pic.twitter.com/YzvCGwSvEz

Rouhani added that the end of Trump’s presidency would bring about better conditions for regional and global stability.

Rouhani was quoted as saying: ‘One of the effects of this stupid and disgraceful act was that Trumpism ended and in a few days, the life of this criminal will end.’

He continued: ‘[Trump] will go to the dustbin of history, and we are very happy about this and we believe that the period after Trump will be a better condition for regional and global stability.’

Speaking at an event in Tehran to pay tribute to Soleimani, Iran’s judiciary chief Ebrahim Raisi warned that his the general’s killers will ‘not be safe on Earth’.

Raisi added that all those who had a role in Gen Soleimani’s killing will not be able to ‘escape law and justice’, even if they were a US president.

Iran’s Foreign Ministry tweeted that Iran will not rest until perpetrators of Gen Soleimani’s killing are brought to justice.

‘By committing a craven act of terror against Gen Soleimani, the US violated int’l law & the UN Charter in a blatant violation of Iraqi sovereignty,’ said a post on the ministry’s Twitter account.

‘The US’ lawlessness in full show. £Iran won’t rest until bringing those responsible to justice.’  Read more..