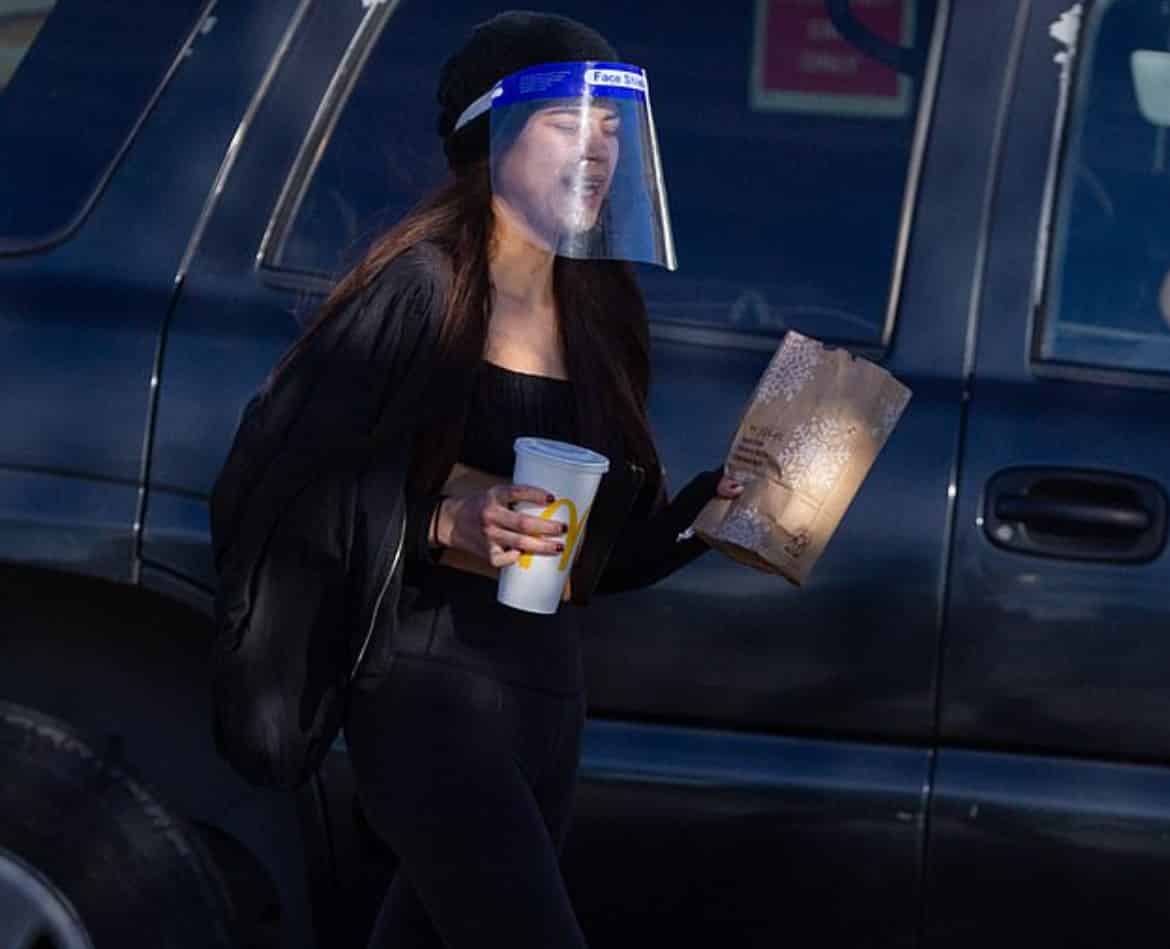 VT: Time we begin asking the hotel why she was there in the first place…was she a guest?  The lack of curiosity by the media on such a juicy story makes us think we may have tripped over something tied to Trump’s friends….was there an Epstein ‘fashion show’ going on there?

UK Daily Mail: The woman dubbed ‘Soho Karen’ – Miya Ponsetto – has been seen for the first time since being named as the person who assaulted a 14-year-old black boy at a New York City hotel in a row over a phone.

Seen in exclusive DailyMail.com photos, the 22-year-old made a quick trip to a McDonald’s in Fillmore, California – her first outing since being unmasked as the woman who accosted Keyon Harrold Jr at the Arlo Hotel last weekend.

The 22-year-old has been laying low at her family’s $389,000 home in the small town of Piru, a small farming town approximately 30 miles north of LA.

Yesterday, her mother Nicole, 42, became angry when asked about her daughter and ordered a DailyMail.com reporter off the property while insisting she was not there.

But earlier today, a black-clad Ponsetto was seen leaving the home and heading to McDonald’s in a black Range Rover SUV.

And despite facing potential assault and attempted robbery charges in New York, the 22-year-old appeared relaxed and was smiling broadly as she grabbed her order.

Ponsetto’s reappearance comes a day after DailyMail.com revealed that she is also facing court proceedings in LA after being arrested for being intoxicated in public by Beverly Hills PD in February.  read more…