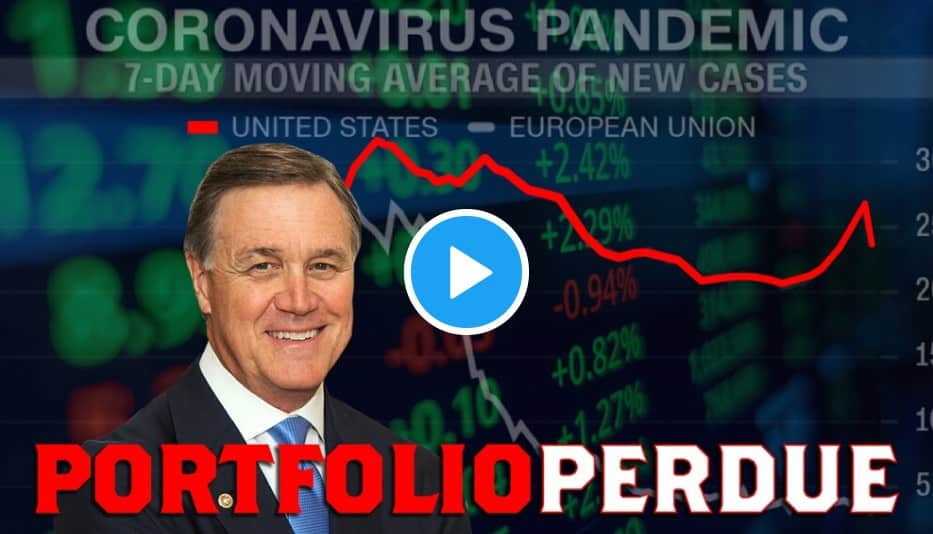 "Would you vote for a senator who sold a stock likely to tank after getting a senators-only briefing on a coming pandemic? How about one who told you the pandemic was no big deal while buying shares in a company that sells body bags?" https://t.co/86x0vGC9s1

As The Guardian reported on Monday, Perdue purchased thousands of dollars in shares in Regions Financial Corporation in 2015 after meeting with then-Treasury Secretary Jack Lew, then bought even more after meeting with then-Federal Reserve Chair Janet Yellen in 2017. Yellen is President-elect Joe Biden’s choice to lead the Treasury Department.

The Georgia Republican’s controversial stock dealings have received increased scrutiny in the run-up to Tuesday’s run-off Senate election, where he faces businessman Jon Ossoff in a race that could determine which party controls the U.S. Senate.

Guardian: In one case, in May 2015, Perdue bought between $15,000 and $50,000 worth of shares in Regions Financial Corporation two days after a 10-minute phone call with then treasury secretary Jack Lew.

But the purchase of more Regions stock in the wake of Perdue’s meeting with Yellen – who will be nominated to serve as treasury secretary by Joe Biden once the president-elect takes office – is possibly significant, because it came about two months before Yellen publicly discussed her support for raising the $50bn asset threshold for systemically important institutions, a change that meant Regions bank could see an easing of important financial regulations.

As Yellen’s views on the topic publicly evolved in her role as chair of the Fed, so did Perdue’s buildup of stock in Regions. Perdue separately sought to advance deregulatory legislation that would be favorable for banks like Regions, which Regions and more than a dozen other banks publicly endorsed.

Public records show that Perdue sold his full stake in Regions on 11 October 2019 and on 23 October 2019, suggesting that Perdue may have made a 21% return on his earlier investment. He then bought more shares of the stock in November 2019 and January 2020.