President Donald Trump, like Richard Nixon before him, has gotten himself into the biggest trouble of his presidency because of his big mouth. Nixon was ultimately driven from office because he was caught on tape ordering his henchmen to commit crimes.

Trump was impeached — less than a year ago — over a phone call he made to Ukrainian President Volodymyr Zelensky in which he tried to convince him to publicly announce a bogus corruption investigation into political rival Joe Biden and threatened to hold up vital military aid unless Zelensky did his bidding.

I don't know how else to put this: The QAnon social media pipeline has totally engulfed far-right social media and churns out one new fictitious way for Trump to remain president every day.

It's all Donald Trump ingests, and he thinks he can remain president because of it.

Trump himself released the transcript of that call, for reasons I don’t think has ever been clearly understood, but it revealed that he wields his power like a gangster.

On Sunday, we obtained more proof of that approach when the Washington Post published a taped conversation from over the weekend between Georgia Secretary of State Brad Raffensperger and the president in which Trump cajoled, wheedled, prodded and threatened Raffensperger, trying to get him to overturn the election results in the state.

The tape is disturbing, to say the least. Trump rambles on about conspiracy theories that NBC’s Ben Collins, whose beat is right-wing extremist movements, explained derived from “the QAnon social media pipeline”:

Raffensperger apparently released the tape after Trump took to Twitter to announce that they’d spoken and complain that the Georgia Republican “has no clue!” about the various election fraud fantasies Trump was pushing. The tape shows that Raffensperger and his lawyer, Ryan Germany, knew all about them and said they had already investigated to find that none of them are true.

Whether Trump actually believes any of this unknown and irrelevant. What is relevant is that he made it very clear what he wants from Raffensperger and he threatened him: 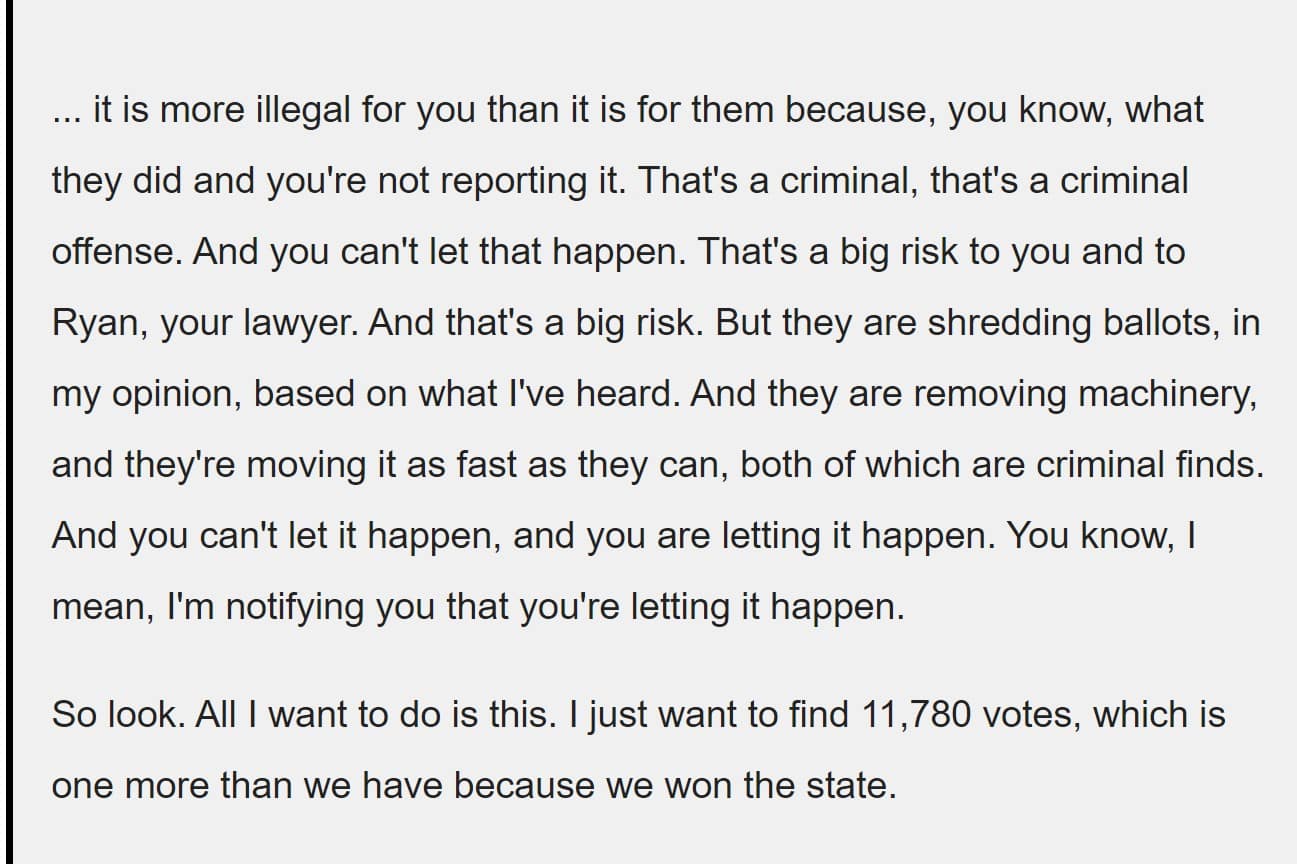 Trump brings up the 11,000 votes over and over again during the conversation, finally ending with this:

This is the way a movie mob boss issues a threat.