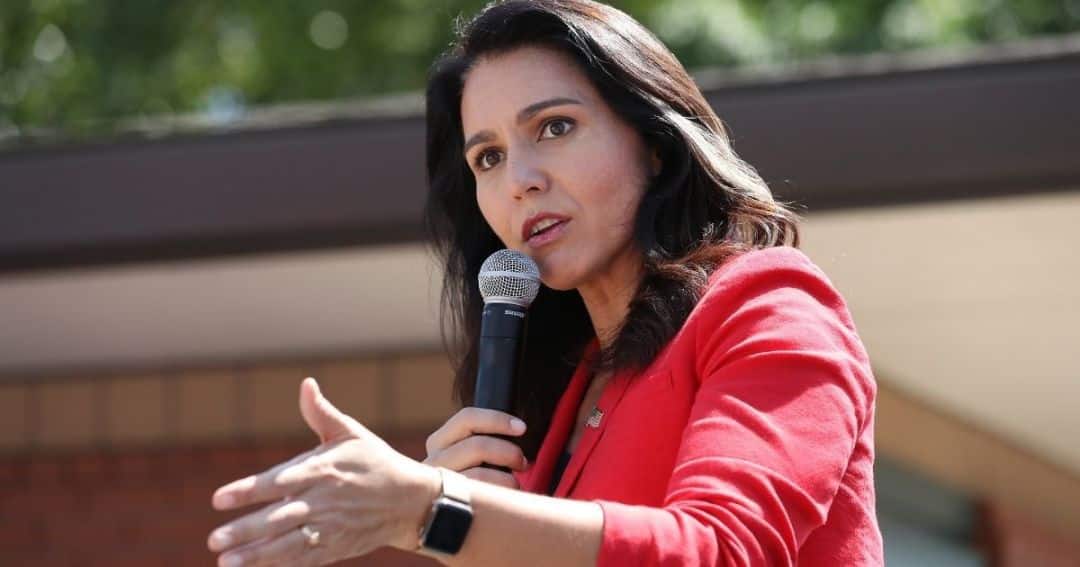 Tulsi Gabbard continues to deliver. The former congresswoman from Hawaii has recently taken the gender-neutral ideologues from their pedestal and told them to stop living in a dream world. When the House decided to go along with eliminating gendered language, Gabbard declared:

“It absolutely does the very opposite of [empowering women], and it’s the height of hypocrisy for people who claim to be the champions of rights for women to deny the very biological existence of women. It’s mind-blowing because it shows just how out of touch with reality and the struggles of everyday Americans people in Congress are.

“Their first act as this new Congress could have been to make sure that elderly Americans are able to get the COVID vaccine now…but instead of doing something that could actually help save people’s lives, they’re choosing to say, ‘Well you can’t say mother of father in congressional language.”[1]

Gabbard was essentially responding to House Speaker Nancy Pelosi and Rules Committee Chairman James P. McGovern’s new code of conduct, which states that we should honor “all gender identities by changing pronouns and familial relationships in the House rules to be gender-neutral.”[2]

The gender-neutral ideology has really gotten out of hand over the past four years or so. As the Washington Post itself reported:

“In 2019 the Merriam-Webster dictionary added ‘they’ as the pronoun to use for a ‘single person whose gender identity is nonbinary.’ Two years prior, in 2017, ‘they’ as a gender-neutral form was added to the Associated Press Stylebook, the gold standard of sorts for journalists. The Washington Post, meanwhile, made the style guide change in 2015.”[3]

Representative Hakeem Jeffries of New York defended Pelosi and McGovern by saying: “From my standpoint, the gender-neutral language is just consistent with an effort for the House, in the best tradition of the House, to reflect the gorgeous mosaic of the American people in the most sensitive fashion possible.”[4]

It just means that Gabbard was right, that the House is completely out of touch with reality.

[3]Miriam Berger, “A guide to how gender-neutral language is developing around the world,” Washington Post, December 15, 2019.