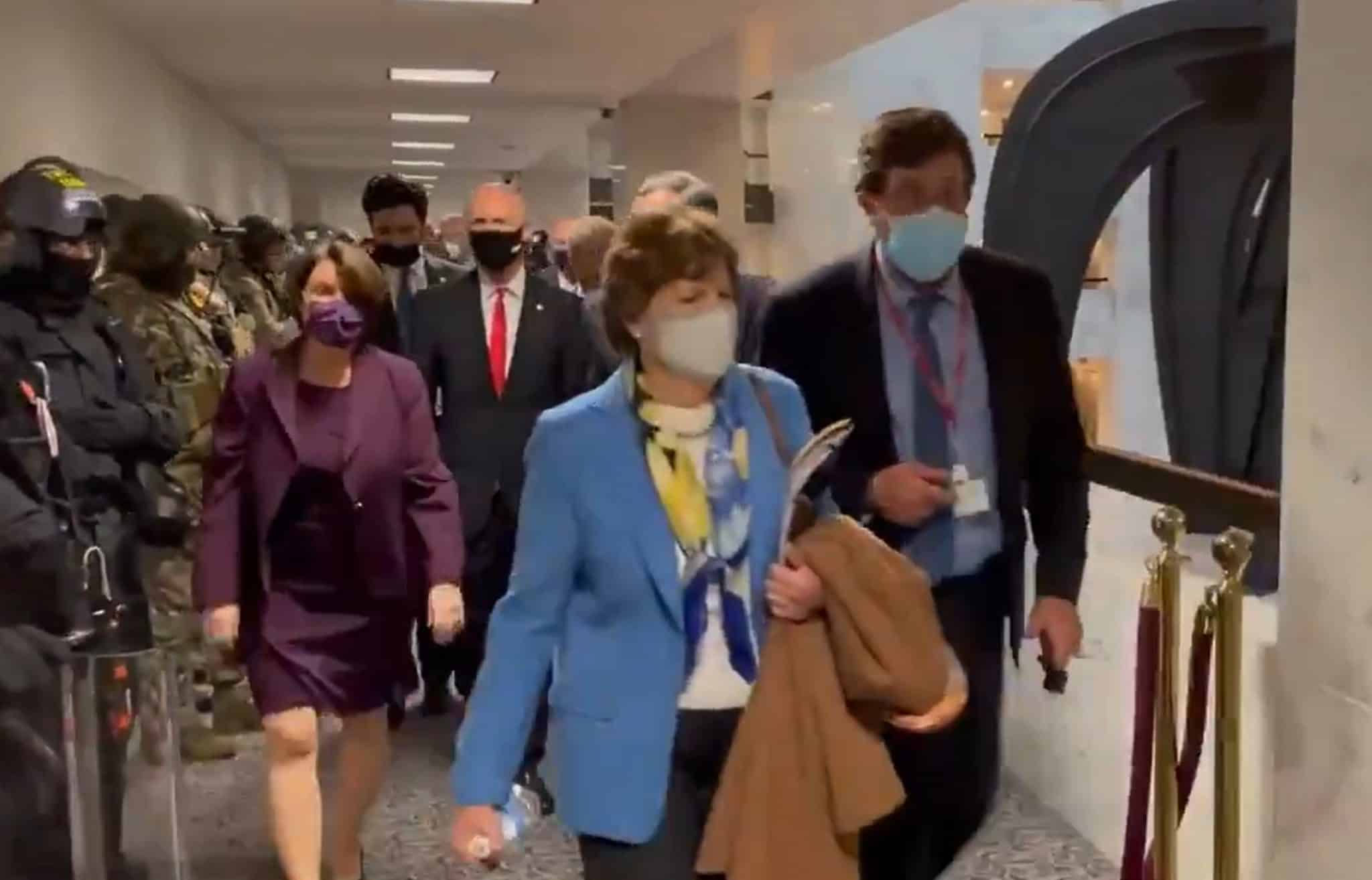 “All involved will be prosecuted with no leniency” Schumer

Senators are being escorted back into the Senate chamber to resume the certification of Joe Biden’s victory in the presidential race.

The fact that President Trump and his followers didn't succeed today doesn't change the facts: Members of Congress who wanted to set aside the Electoral College slate, and agitators who stormed the Capitol, were involved in a failed coup attempt.

The electoral college certificates – ratifying Biden’s win – are being marched back to the Senate chamber. pic.twitter.com/uNte4GcF3S

Electoral college ballots rescued from the Senate floor. If our capable floor staff hadn’t grabbed them, they would have been burned by the mob. pic.twitter.com/2JCauUIlvg

Rep. Cori Bush confirms on @MSNBC that one of her first acts as a member of Congress will be to introduce a resolution calling for the expulsion of Republican members who supported the objections to the Electoral College.

Sen. Joe Manchin tells reporters he intends to finish the Electoral College certification tonight despite the invasion of the Capitol building by pro-Trump supporters and protesters: "These thugs are not running us off." https://t.co/aMvXXeBVwG pic.twitter.com/jSCt9dvwwf

When the Capitol is cleared and secured, and the joint session of Congress and the electoral vote count is completed, the House and the Senate should proceed immediately to the impeachment and removal of @realDonaldTrump.

Disgraceful scenes in U.S. Congress. The United States stands for democracy around the world and it is now vital that there should be a peaceful and orderly transfer of power.

Take this in: Never once, in the years 1860-1865, was this flag ever paraded in the halls of the American capitol. pic.twitter.com/NFFVM0aSY0

What should happen in the next 24 hours:
1. Clear the Capitol—as peacefully as possible, but in any case remove the mob from the seat of the legislative branch of our government.
2. Reconvene and finish counting the electoral votes.
3. Impeach in the House, convict in the Senate.