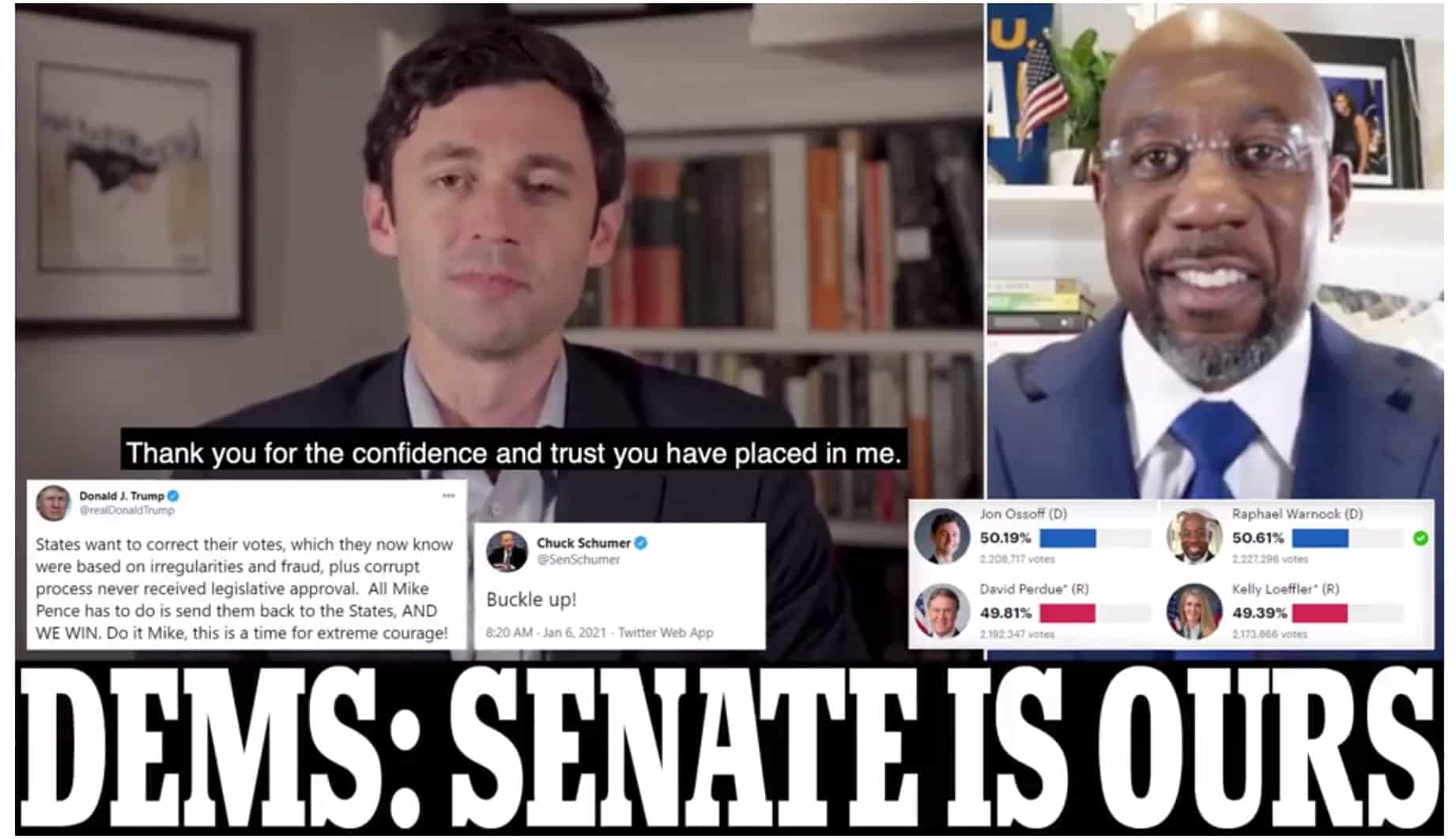 Daily Beast: Democrat Jon Ossoff has declared victory over Sen. David Perdue (R-GA) in a down-to-the-wire Georgia run-off that is still too close to call. Despite Ossoff’s declaration, Perdue has still not conceded, and his campaign team issued a statement early Wednesday calling for “time and transparency.”

Say it with me, nice and slow to enjoy every syllable:

“When I think about the arc of our history, what Georgia did last night is its own message in the midst of a moment in which so many people are trying to divide our country,” Raphael Warnock says following his projected Senate win https://t.co/GGDHTci5KO pic.twitter.com/uDt3uSmklp

In a video posted to his social-media pages, Ossoff said: “It is with humility that I thank the people of Georgia for electing me to serve you in the United States Senate. Thank you for the confidence and trust that you’ve placed in me.”

The latest Associated Press figures from the count showed Ossoff just over 16,000 votes ahead of Purdue with 98 percent of estimated votes reported, meaning it’s still too close for observers to call. If Ossoff does win, the Democrats will effectively control the chamber, with Vice President-elect Kamala Harris serving as a tie-breaking vote.

Daily Beast: Hours after his stunning runoff victory was called, Raphael Warnock has given an emotional interview to CNN, saying that his win over Sen. Kelly Loeffler is the result of a decade of hard work. Warnock will become Georgia’s first Black U.S. senator, and his victory puts Democrats within one seat of gaining control of the Senate.

Warnock told CNN Wednesday morning: “I’m very proud of Georgia right now… That we are sending an African American man, the pastor of Ebenezer Baptist Church where Martin Luther King, Jr. served and John Lewis worshipped, and Jon Ossoff, a young Jewish man, the son of an immigrant, mentored by John Lewis, to the United States Senate in this moment in which, for years now, we’ve seen the emergence of those forces that would seek to divide us, we now represent the state of Georgia.

I think Abraham Joshua Heschel, the Rabbi who said, when he marched with Dr. King, he felt like his legs were praying, I think he and Dr. King are smiling in this moment.”