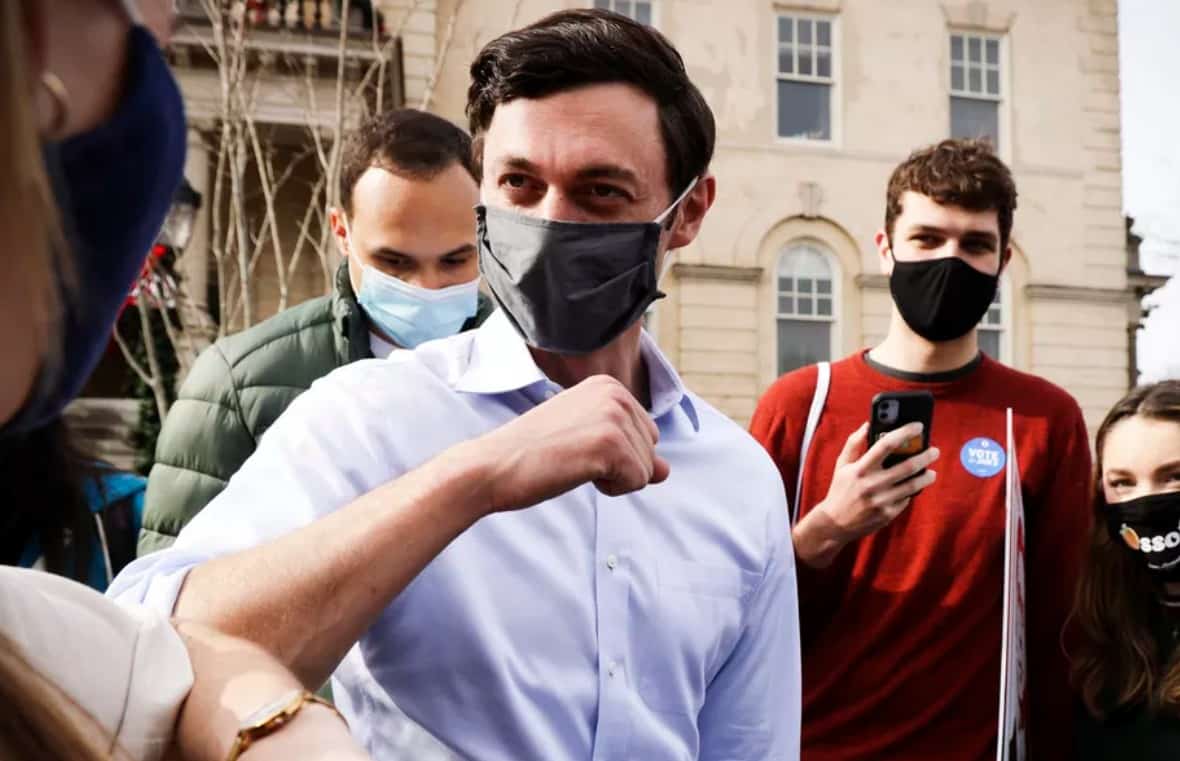 While I strongly support his election and his standing on most domestic issues, this one thing is clear; I have never seen such a clear case of a stealth Israeli agent as with Ossoff.

Ossoff “did” the London School of Economics.

His entire history is one of grooming.

If Ossoff’s ties are to Israeli intelligence instead of with the Kosher Nostra, as was with Trump, it will probably be an improvement. He has been silent on Israel and foreign policy issues and we will watch him very closely.

We expect a major realignment with Israel under Biden and for Netanyahu’s stanglehold over Israel to diminish or disappear.

Ossoff will have to join the Democrats and their long established opposition to West Bank settlements and the new scandal, American vaccine being withheld from Israeli Muslims, something the media is covering for but that Amnesty International has now made a cause.

It is possible that, in the end, things can improve, the Iran deal back in motion and a correction in the Gulf with Saudi Arabia and Qatar at ease and the UAE and Israel going through a correction.

Filling Dubai with Jews isn’t an all bad thing.  It is a colorless city, lovely but boring and a little bit of scrambling won’t hurt in the end.  The only real correction for the Middle East will come from open trade, even with Iran, that includes Israel.

That is closer than many think and the idea that the entire Middle East conflict, for decades now, was fabricated for profit, will be inexorable.