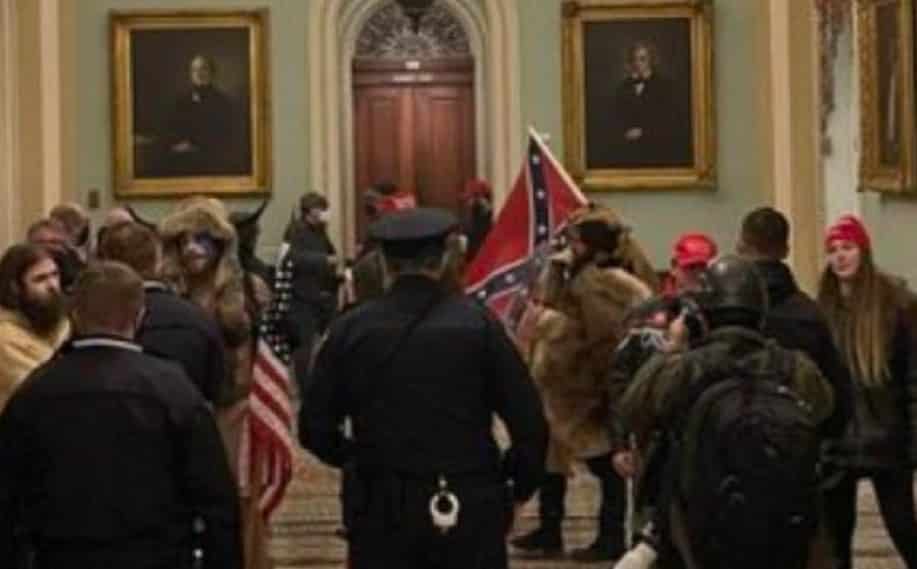 Politico: European politicians expressed concern over “highly disturbing” scenes as supporters of Donald Trump stormed the Capitol building and clashed with police in Washington amid a push to overturn the U.S. president’s electoral defeat.

This is a coup against the United States of America, incited by Donald Trump. He should be impeached by the House as soon as possible and convicted and removed by the Senate just as quickly. This is not us, the U.S.

I am in the House Chambers. We have been instructed to lie down on the floor and put on our gas masks. Chamber security and Capitol Police have their guns drawn as protesters bang on the front door of the chamber.

This is not a protest. This is an attack on America.

The breach of the Capitol building came as Congress members were in the midst of counting Electoral College votes in the election — the final step toward certifying Joe Biden’s win.

Vice President Mike Pence, who was presiding over the proceedings, was among those evacuated from the Senate chamber and Getty images broadcast on national television appeared to show an armed standoff at the door of the House of Representatives’ floor.

This is what the US and the EU have been triggering in South America for ages. The US is just tasting a tiny bit of its own medicine. And yes, THIS is America, these events fully represent that country

The EU’s foreign policy chief Josep Borrell strongly condemned the riots, saying “This is not America.”

Perhaps … if Congress immediately impeaches and remove Trump, then use Amendment 14, Section 3 to permanently remove his sympathizers in Congress, then finish the election vote count … it may restore respect … let’s see what they do

“In the eyes of the world, American democracy tonight appears under siege,” Borrell tweeted, saying the November election results must be respected. “This is an unseen assault on US democracy, its institutions and the rule of law. This is not America. The election results of 3 November must be fully respected.” 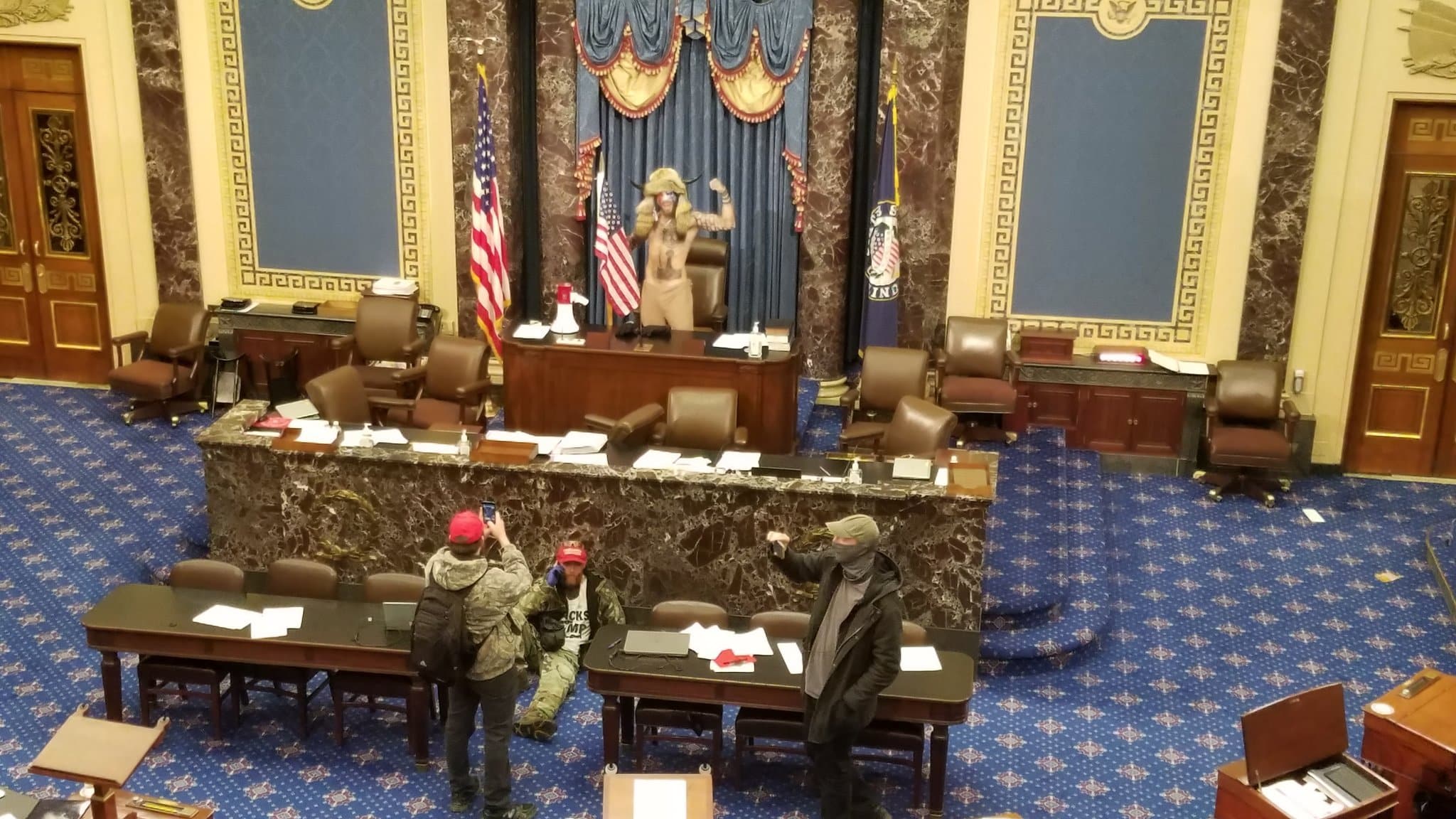 U.K. Prime Minister Boris Johnson described the scenes as “disgraceful,” adding: “The United States stands for democracy around the world and it is now vital that there should be a peaceful and orderly transfer of power.”

Dutch Prime Minister Mark Rutte said the images coming out of Washington were “horrible” and called on Trump to recognize Biden “as the next president today.”

Spanish Prime Minister Pedro Sánchez said he was “following the news coming out of the Capitol in Washington. I believe in the strength of U.S. democracy. Joe Biden’s presidency will survive this period of tension and unite the American people.” 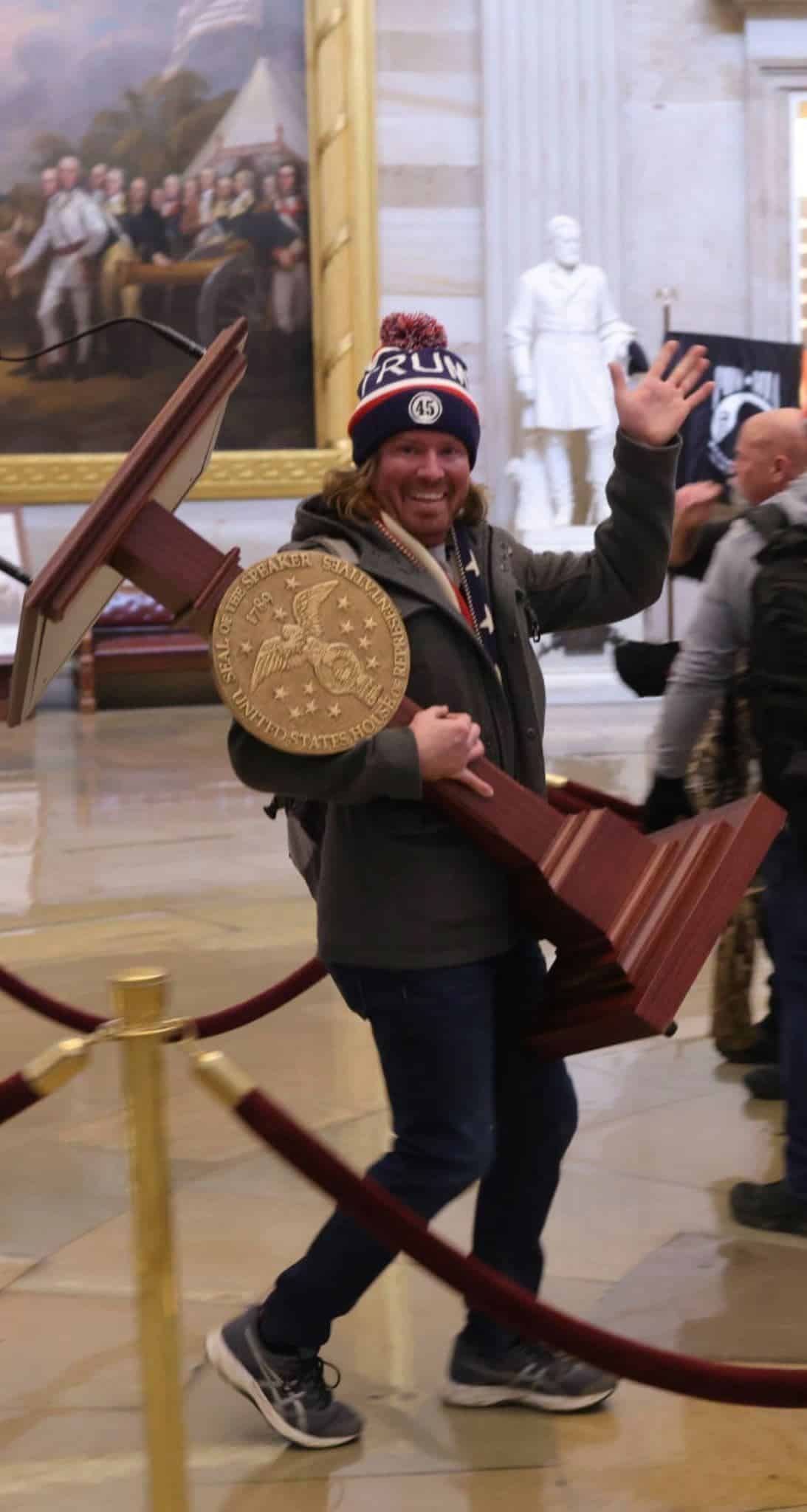 German Foreign Minister Heiko Maas tweeted that “the enemies of democracy will be glad to see these outrageous images,” comparing it to when anti-coronavirus restrictions protesters tried to storm the German parliament building last August. “Inflammatory words turn into violent acts — on the steps of the Reichstag, and now in the #Capitol. The disdain for democratic institutions is devastating.”

Maas added: “Trump and his supporters should at last accept the decision of the American voters and stop trampling on democracy.”

European Commission President Ursula von der Leyen said: “I believe in the strength of US institutions and democracy. Peaceful transition of power is at the core. @JoeBiden won the election. I look forward to working with him as the next President of the USA.”

European Council President Charles Michel described the U.S. Congress as “a temple of democracy” and said “We trust the US to ensure a peaceful transfer of power” to Biden.

French Foreign Affairs Minister Jean-Yves Le Drian said: The violent acts against American institutions are a grave attack against democracy. I condemn them. The will and the vote of the American people must be respected.”

EU Commissioner for Economy Paolo Gentiloni described the scenes as “images we never wanted to see,” while European Parliament President David Sassoli said it was “deeply concerning,” adding: “Democratic votes must be respected. We are certain the US will ensure that the rules of democracy are protected.”

Ivan Korcok, Slovakia’s foreign minister, tweeted: “I am concerned over the developments at Capitol Hill in Washington D.C. This is the moment when the democratic process and rule of law must be respected.” 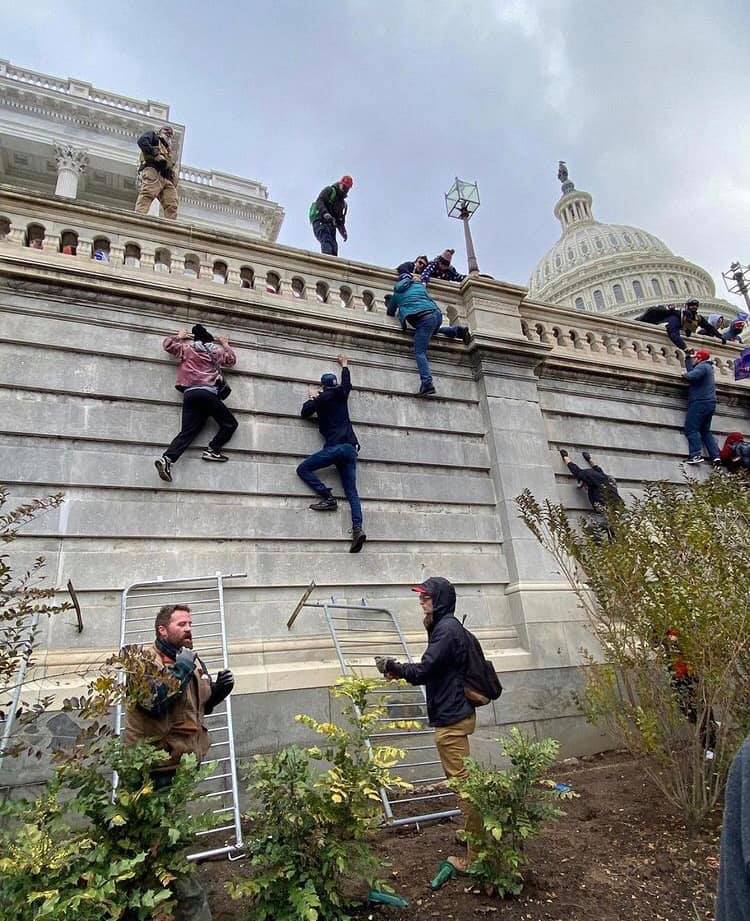 Denmark’s Foreign Minister Jeppe Kofod called the scenes in Washington “highly disturbing” and “unpleasant,” but said he expects American democracy to come down “on the right side this time too.”

“Denmark supports democratic transition in the United States. I am very much looking forward to working with the Biden administration,” Kofod added.

In the U.K. the chair of the House of Commons’ foreign affairs committee, Tom Tugendhat, a Conservative, wrote: “The US Republic has inspired millions. Not today.

Today many will watch the screens fearful of the power of demagogues who claim to speak for the powerless but tear apart the laws that constrain the strong and protect the weak. The actions of [Donald Trump] threaten us all.”

Tobias Ellwood, another senior Tory MP and chair of the defense committee urged Trump to “Call your people off.”

Trump himself has addressed the protests in two different tweets, calling for “everyone at the U.S. Capitol to remain peaceful. No violence! Remember, WE are the Party of Law & Order – respect the Law and our great men and women in Blue. Thank you!”

Earlier Wednesday, Trump encouraged his supporters at a rally outside the White House to march on the Capitol. He told them that “you’ll never take back our country with weakness,” and that “you have to show strength.”

Biden gave a televised speech from Delaware, urging Trump to address the nation and “demand an end to this siege.” 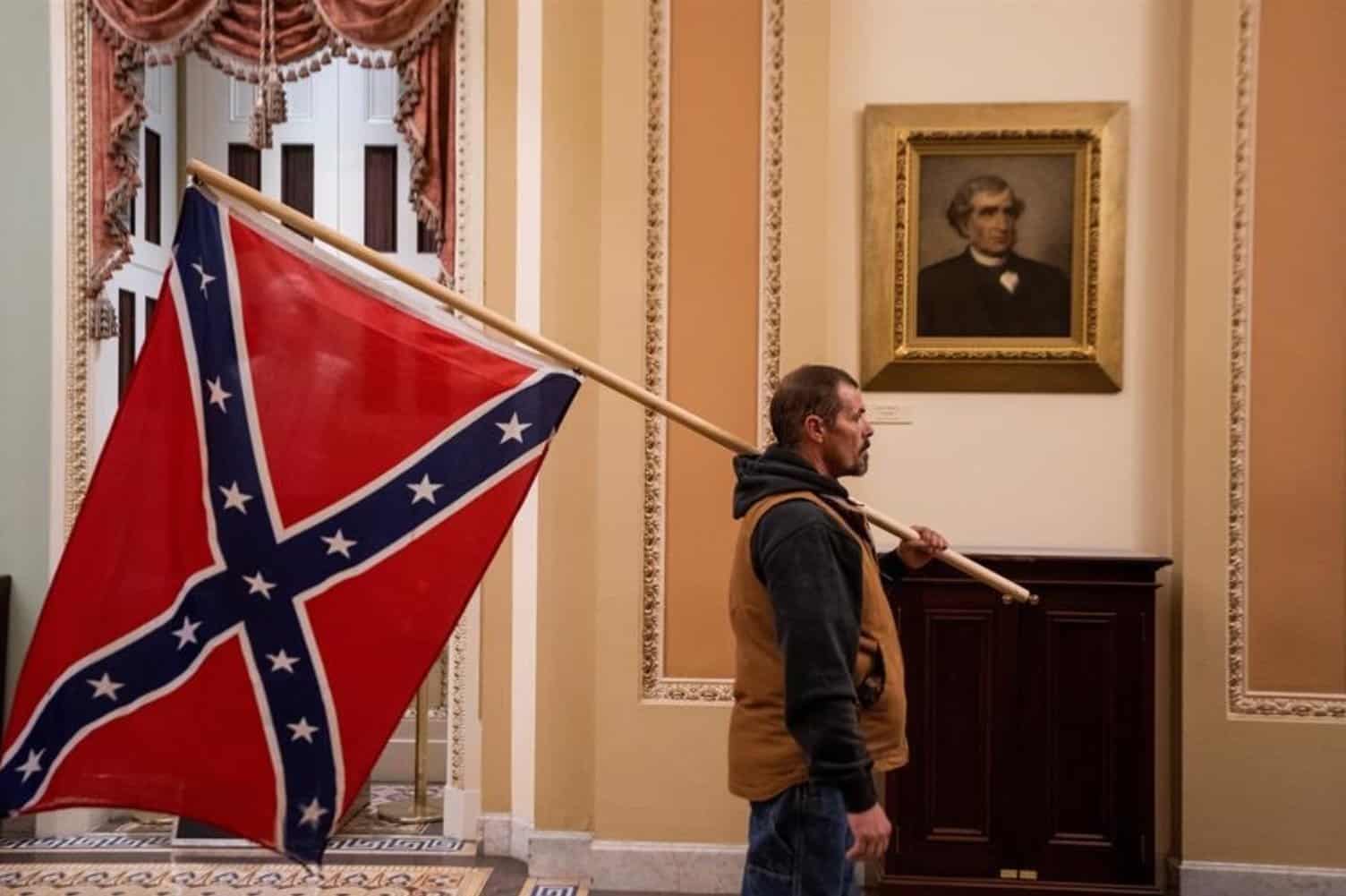