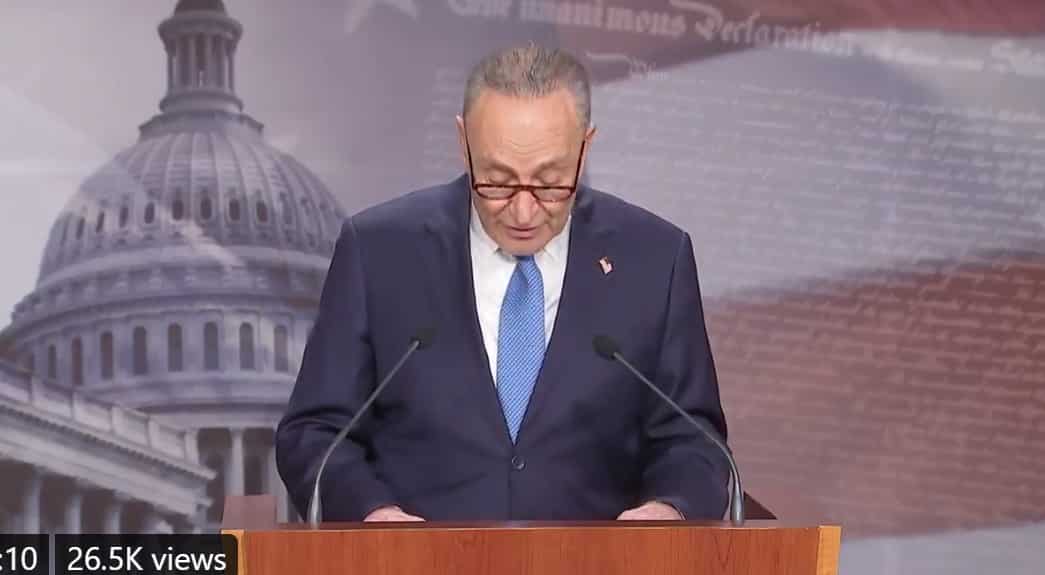 Senate Democratic Leader Charles Schumer (N.Y.) on Wednesday declared himself Senate “majority leader” and asserted that Democrats have regained control of the Senate even though one of two Senate runoff races in Georgia has yet to be called.

pictured: schumer walking into the majority leader office to kick mitch out (2020) pic.twitter.com/oHXHAmuen0

“It feels like a brand new day. For the first time in six years, Democrats will operate a majority in the United States Senate — and that will be very good for the American people,” Schumer said in a statement released Wednesday morning even as the race between Democrat Jon Ossoff and incumbent Republican David Perdue is still undetermined.

Anticipating control of the White House and both chambers of Congress, Schumer signaled that Democrats plan on passing another major coronavirus relief package soon, promising “help is on the way.”

“America is experiencing one of the greatest crises we have ever faced, and the Senate Democratic Majority is committed to delivering the bold change and help Americans need and demand. Senate Democrats know America is hurting,” he said.

Schumer also thanked “everyone in Georgia and across the country who volunteered their time, donated what they could, and worked so hard to elect new leadership in Washington.”

The Democratic leader promised to work closely with the Biden administration.

“As majority leader, President-elect Biden and Vice President-elect Harris will have a partner who is ready, willing and able to help achieve a forward-looking agenda and deliver help and bold change to the American people,” he said.