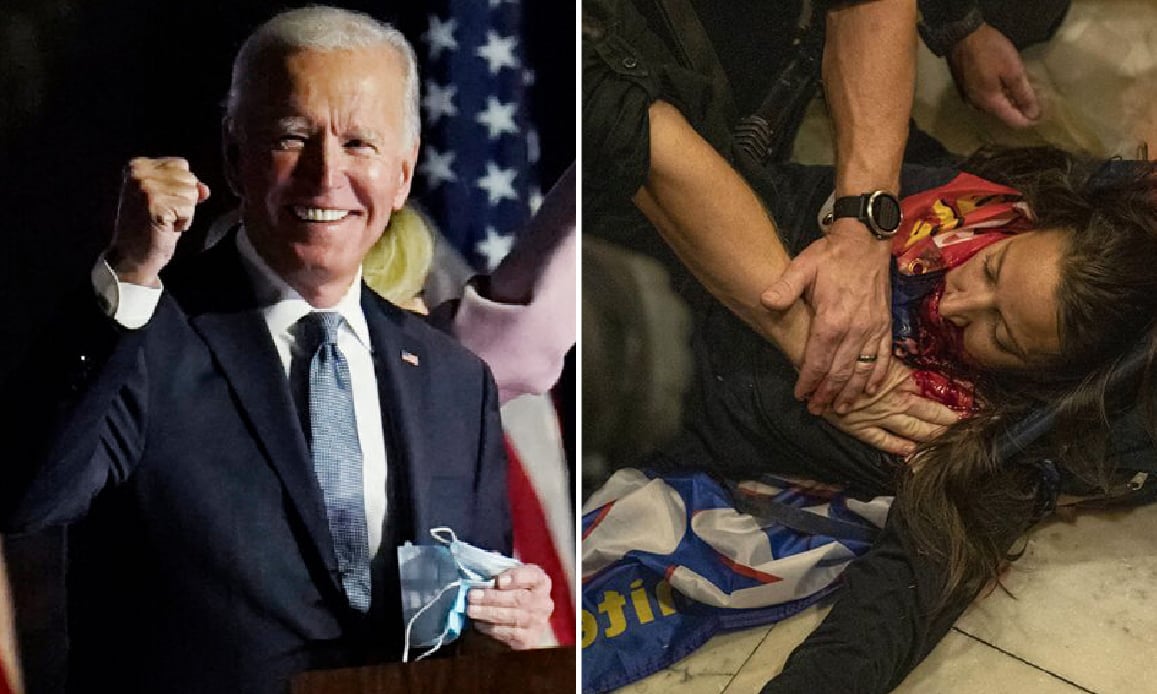 The Congress, protected at the Capitol Hill headquarters by a massive deployment of military and federal agents, concluded the planned works by certifying the victory of the Democrat Joseph Biden who thus becomes the 46th president of the United States of America. Republican rival Trump has announced an orderly transition. But in the meantime in Washington the dead are counting.

The woman killed by a gunshot of some secret service agent in black suit inside the Capitol, identified as Ashli Babbit, 35, an Air Force veteran and fervent Trump supporter, was joined by three other victims, who died in hospitals for the medical complications caused by injuries sustained in the scuffles. The US is still in shock.

The feelings towards the first victim Ashli Babbit are split on social networks between those who mourn her, who fell in the seat of Congress after having survived dangerous missions in Iraq and Afghanistan, and those who offend her memory by defining her as a “domestic criminal”.

It is the emblem of an American society by now irremediably divided between two apparently irreconcilable opposing sides. Democrats are pressing on the accelerator by demanding the application of 25 Amendment of the Constitution for an immediate removal of Trump before January 20, the official date of Biden’s inauguration.

This happens when we don’t even know what really happened. It is not known why the young military veteran was hit; but above all why whoever shot did it not only at man’s height, as in the first instance every police force must not act, but even aiming in the face and hitting the woman and mother in full face, at neck, causing its inevitable death.

Will all those Americans who knelt for the convicted George Foyld, surely killed in an act of bestial violence by a policeman, kneel for Ashli who just wanted to protest the electoral fraud?

The supporters of politically correct and mainstream, in fact, blame the republican president for having denounced the electoral fraud against him, holding him responsible for the invasion of the Capitol, as if the right of opinion and speech were no longer granted in the USA.

While they do not give any weight to the fact that the Democrats, and the judges in their favor, have rejected any further verification of the votes as if they really had something to hide …

This happened despite Biden’s ability to hatch shady plots, including international ones thanks to the coverage of the so-called Deep State has clearly emerged in the past in Ukraine, where it fomented the coup in Kiev that caused the Donbass civil war with 10 thousand dead, and even in the plot of the new world order that hides behind the pandemic virus.

MORE IN ITALIAN VERSION WITH MACHINE TRANSLATING IN ENGLISH