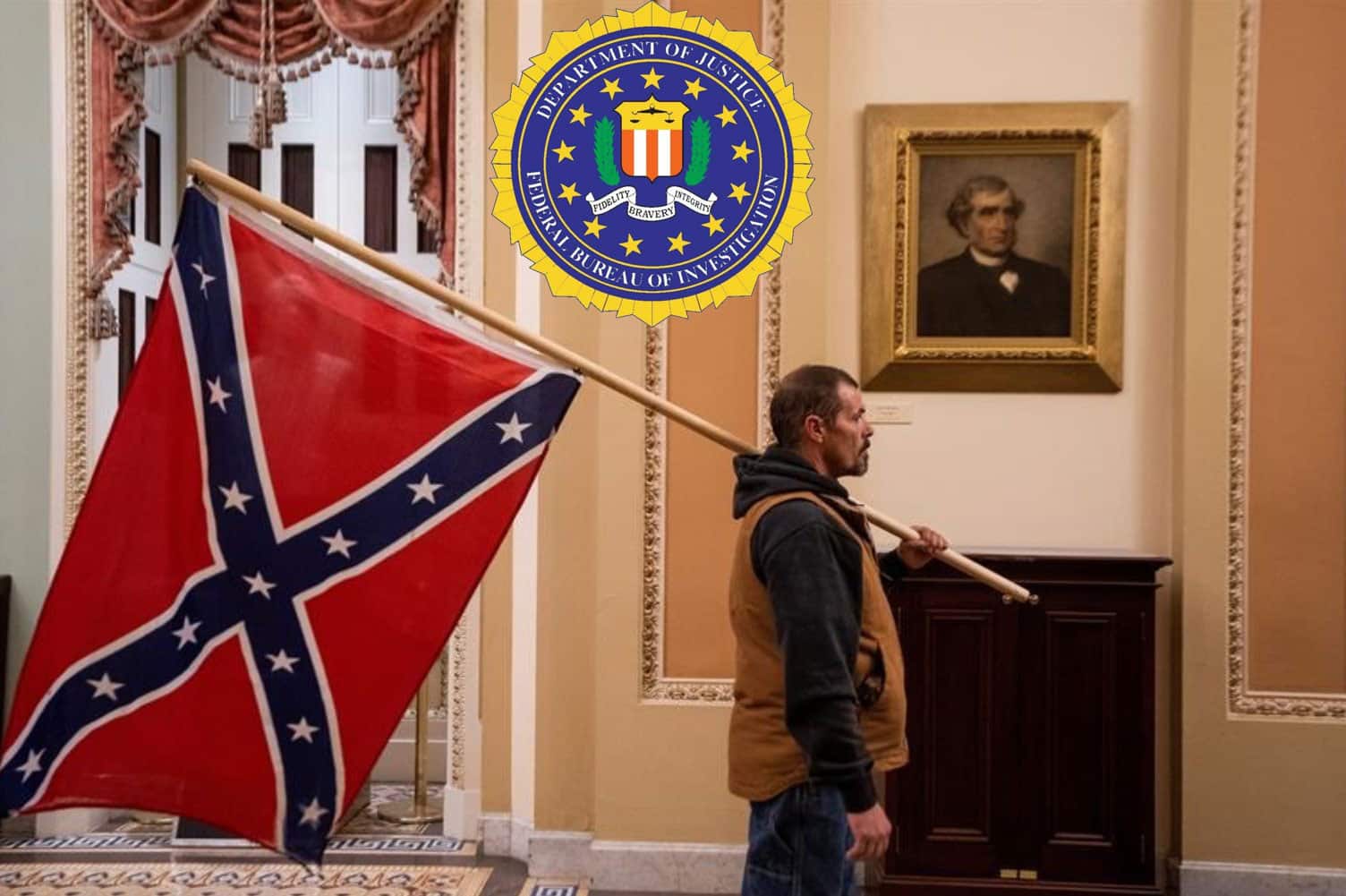 OUR FBI NEEDS YOUR HELP!

VT: Start with arresting DHS and the Capitol Police and then ask why 364 National Guard members ordered to protect the Capitol failed to show up for over 3 hours…

then this guy, from ABC News:

A West Virginia lawmaker was among the people — mostly pro-Trump protesters — who broke into the U.S. Capitol on Wednesday.

Del. Derrick Evans took a video of himself and others rushing into the building after attacking Capitol police. In it, he is seen wearing a helmet and yelling, “We’re in! Keep it moving, baby!”

He has since deleted the video from his social media.

WASHINGTON D.C. (WJHL) – The Federal Bureau of Investigation is attempting to identify people responsible for violence at the nation’s Capitol on Wednesday.

According to a tweet from the FBI, the identities of instigators are being sought through various means.

The FBI is accepting tips and digital media that depicts the rioting and violence at Washington D.C. following a pro-Trump rally.

On their tips page, “FBI Seeking Information Related to Violent Activity at the U.S Capitol Building”, they say;

If you have witnessed unlawful violent actions, we urge you to submit any information, photos, or videos that could be relevant at fbi.gov/USCapitol.

Please use this form to submit any images, videos, or other multimedia files you have related to possible violations of federal law committed. Our goal is to preserve the public’s constitutional right to protest by protecting everyone from violence and other criminal activity.

URGENT: If you support MAGA, lay down your arms, burn your hats, put your Trump flags in the trash. We understand you supported policies that would help our country to which we say YES! But a line has been crossed. Reject the gear of terrorism NOW! Be An American! Stand with Democracy!

VT will be doing its duty and reporting all admitted and proud criminals who have publically openly and proudly violated the law and engaged in open insurrection against the United States of America by storming the U.S. Capitol. If you have any information, please report to FBI immediately and send us a note here to [email protected]

Terrorist and Capitol rioter who put feet on Pelosi’s desk got PPP loan
Richard Barnett, the Capitol rioter photographed with his feet on a desk in House Speaker Nancy Pelosi’s office, received a $9,300 forgivable loan under the Paycheck Protection Program last April, records show.
An independent glass and glazing contractor in Gravette, Arkansas, Barnett was an early participant in the federal program that aimed to help small businesses survive COVID-related shutdowns and continue paying their employees. In his PPP application, Barnett, 60, said the loan would preserve one job, presumably his own, and was based on total payroll costs of $44,640 at his enterprise. Barnett did not mention receiving government assistance when he bragged to The New York Times about breaking into Pelosi’s office and leaving her a nasty note.  Efforts to reach Barnett were unsuccessful.