[ Editors Note: Rep. Adam Kinzinger is a cool customer who should have a long career ahead of him, one which began with his becoming a county commissioner while he was in college.

His next challenge will be salvaging what is left of the Republican party that is worth saving after the necessary culling that needs to happen with the rabid Trumpers who are not going to disappear after the election unless Trump does.

What we need now is a silver political bullet to send Trump on his way via the 25th amendment, which in a perfect world would include those like the Congressman who was with the Trumpsters as they broke into Congress. You just can’t make this stuff up.

That this idiot (name lost in all the fast moving action) was not arrested today is a travesty in itself, but I fear that Congress will not want to dent its immunity protections.

I have no feel whether a top down effort from Pence would make it easier to do, or would it be better for the Congressmen to push him toward that effort, where a majority would give him more credibility for making that move.

We must try to undo some of the Banana Republican damage to the US reputation, evidenced by most of the world leader statements today, even including countries like Iran. But beneath the surface I sense a sigh of relief that Trump will not be president for four more years.

The best way to get through this Trump inflicted wound is to cauterize it. The 25th amendment being used now would set a modern precedent to use against anyone in the future trying to pull another Trump ‘wide spread fraud’ attack on our democracy in the future to steal a lost election.

I would even take off the table his having Secret Service protection after he leaves. What for? It would be honoring him for his attempted treason. But maybe I am just an old meanie. Let me know what you think in the comments… Jim W. Dean ] 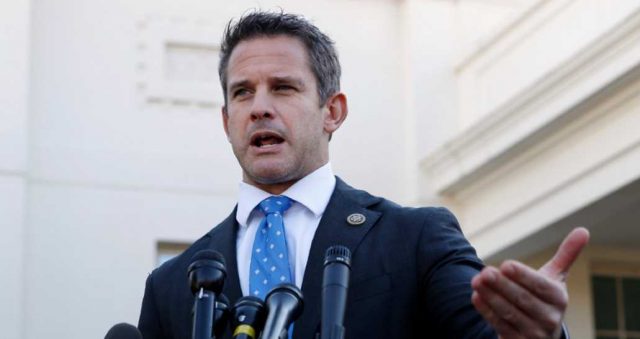 After becoming the first Republican to call for Trump’s removal, Rep. Adam Kinzinger (R-IL) joins Hallie Jackson and Stephanie Ruhle on why he thinks the 25th amendment should be invoked.