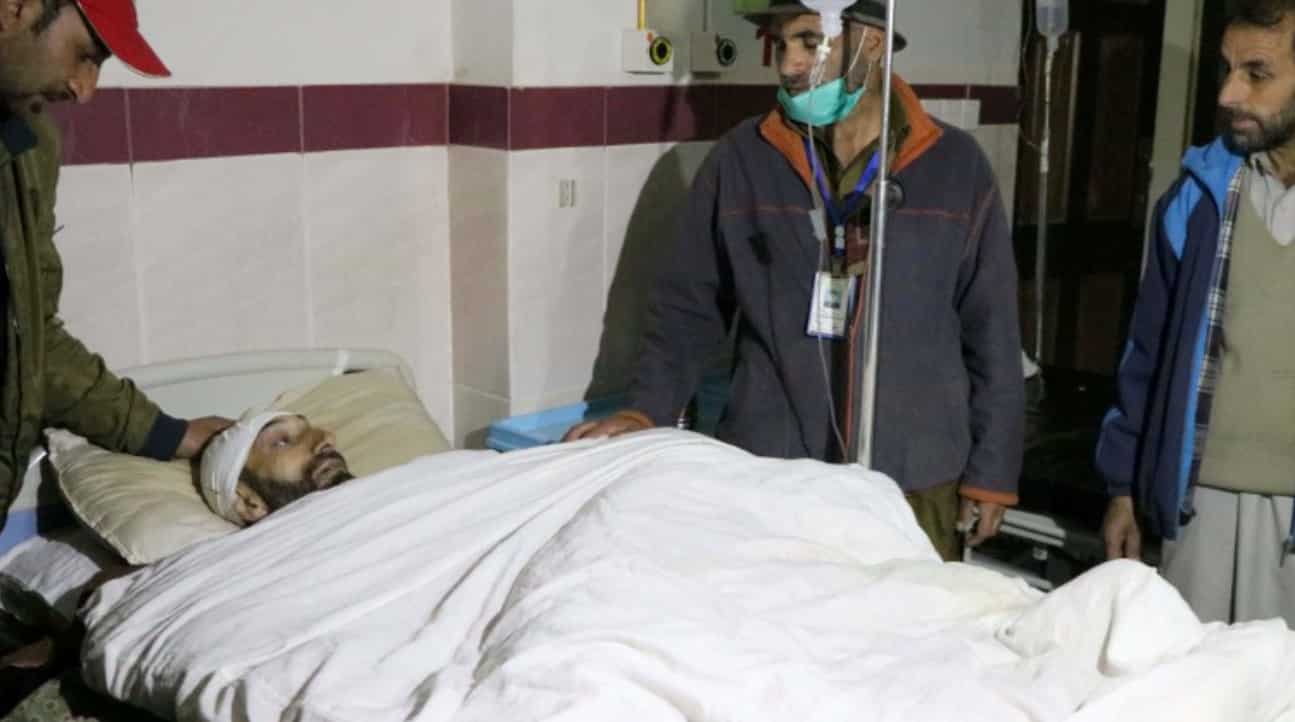 Article 55 & 56 of the Geneva Convention—IV state that the occupying power must ensure sufficient hygiene and public health standards as well as the provision of food and medical care to the population under occupation.

Since August 5, 2019 when Indian Parliament revoked articles 35A and 370 of the Constitution, which gave a special status to the disputed territory of the Indian Illegally Occupied Jammu and Kashmir (IIOJK), Indian fanatic Prime Minister Narendra Modi’s government led by extremist ruling party BJP took various moves to turn Muslim majority into minority there.

In this regard, deployment of more than 900,000 military troops in the IIOJK, who have martyred thousands of the Kashmiris, including women and children through brutal tactics-fake encounters—closure of mosques, shortage of foods, medicines for the patients and coronavirus-affected persons, the use of pellet guns and phosphorus bombs show worst form of India’s state terrorism. Now, more than 16 months have been passed. But, Indian strict military lockdown in the IIOJK continues unabated.

Besides these human rights violations, India denied medical treatment to the Kashmiri leaders who are in jails and those ones who are under house arrest.

In a statement, the Ministry of Foreign Affairs (MOFA) of Pakistan on December 28, last year said that Pakistan voices its deep concerns over health conditions of the jailed Kashmiri leaders.

The statement elaborated: “These Kashmiri leaders have been illegally arrested over malicious, false and fabricated charges by the Indian government through invoking draconian laws promulgated in Indian Illegally Occupied Jammu and Kashmir…These leaders include Asiya Andrabi, the founding leader of Kashmiri organization Dukhtaran-i-Millat, Shabbir Ahmed Shah, the leader and founder of the Jammu and Kashmir Democratic Freedom Party, and prominent leaders…Yasin Malik, Masarat Alam Bhat, Mohammad Ashraf Sehraie, and others who have been languishing under squalid conditions in the midst of the COVID-19 pandemic in New Delhi’s infamous Tihar jail and others…Many other senior Kashmiri leaders, including Syed Ali Shah Geelani [the late] and Mirwaiz Umar Farooq are also under house arrest.”

The statement added: “Imprisonment and torturing of Kashmiri leaders on the basis of their political ideology and struggle against illegal Indian occupation is a true reflection of the extremist mindset of the RSS-BJP regime which has no respect for the human rights of the Kashmiri people…Islamabad urged the international community, particularly the UN, and human rights and humanitarian organizations to take notice of the Indian government’s inhuman treatment of the Kashmiri leaders…raises its voice for their immediate release from illegal Indian detention.”

In this respect, Farooq Ahmad Bhat, the uncle of Hurriyat leader Masarat Alan Bhat stated:  “He did not expect the Indian government to keep us informed about Masarat’s health…I haven’t visited him since corona pandemic erupted. I have learnt he is not well.”

Mujahid Sehraie, the son of Hurriyat leader Mohammad Ashraf Sehraie who is 76 years old, pointed out that the prison authorities did not allow him to meet his father. He talked to his father through phone, who told that he had fever and suffers from multiple ailments, but he has not been taken for specialized check-ups.

Particularly, media reports disclosed that Hurriyat leader Syed Ali Shah Geelani died in the occupied Jammu and Kashmir due to serious illness on December 30, last year. He was also not provided with appropriate medical treatment.

Notably, in a report, Human Rights Forum for Jammu and Kashmir said: “After the government revoked Jammu and Kashmir’s autonomous constitutional status and split it into two federally governed territories, the Indian authorities imposed restrictions on freedom of movement, banned public meetings, shut down telecommunication services and educational institutions, and detained thousands of people…hundreds of people remain detained without charge, critics are threatened with arrest, and access to the internet is limited…the government announced the COVID-19 lockdown.”

He explained: “Even as the pandemic [COVID-19] is forcing the world to address discrimination and inequality, the Indian government is persisting with its repression of Kashmiri Muslims…The government should reverse its abusive policies and provide remedies for those whose rights were violated.”

It is mentionable that under the guise of coronavirus, Indian rulers have been imposing various kinds of restrictions on the Muslims. Modi’s government and the health ministry claimed that Muslims are spreading this virus. As a result, Hindu extremists have set off a series of assaults against Muslims across the country.

In this context, in the recent past, Western media reported: “Indian authorities had allegedly linked cases of COVID-19 to Tablighi Jamaat that had held its annual conference in Delhi in early March [2020]…Muslims have been beaten up, nearly lynched, run out of their neighborhoods or attacked in mosques…Hindu extremists are scapegoating the country’s entire Muslim population for deliberately spreading the virus through “corona jihad”, Indian hospitals segregates Muslim and Hindu coronavirus patients…In what many are calling a case of “apartheid” during a global pandemic…made separate wards for Hindu and Muslim patients. It is a decision of the government.”

Acting upon the similar anti-Muslim policies, IIOJK has become special target of the Indian fanatic rulers. In this connection, New Delhi has also accused Pakistan of spreading coronavirus in the Indian Occupied Kashmir.

In fact, under the cover of this novel virus, Modi-led extremist regime has accelerated persecution of the Kashmiris and their leaders in order to suppress the war of liberation which continues unabated, as Kashmiri people are fighting for their right of self-determination which was recognized by the UN-related resolutions.

Undoubtedly, Indian denial of medical treatment to the Jailed Kashmiri leaders and their maltreatment is clear violation of article 55 & 56 of the Geneva Convention—IV and the International Committee of the Red Cross (ICRC).

Therefore, Islamabad has called upon the international community, especially the United Nations, the ICRC, human rights and humanitarian organizations to take notice of the Indian government’s inhumane treatment of the Kashmiri leaders and raised its voice for their immediate release from illegal Indian detention.