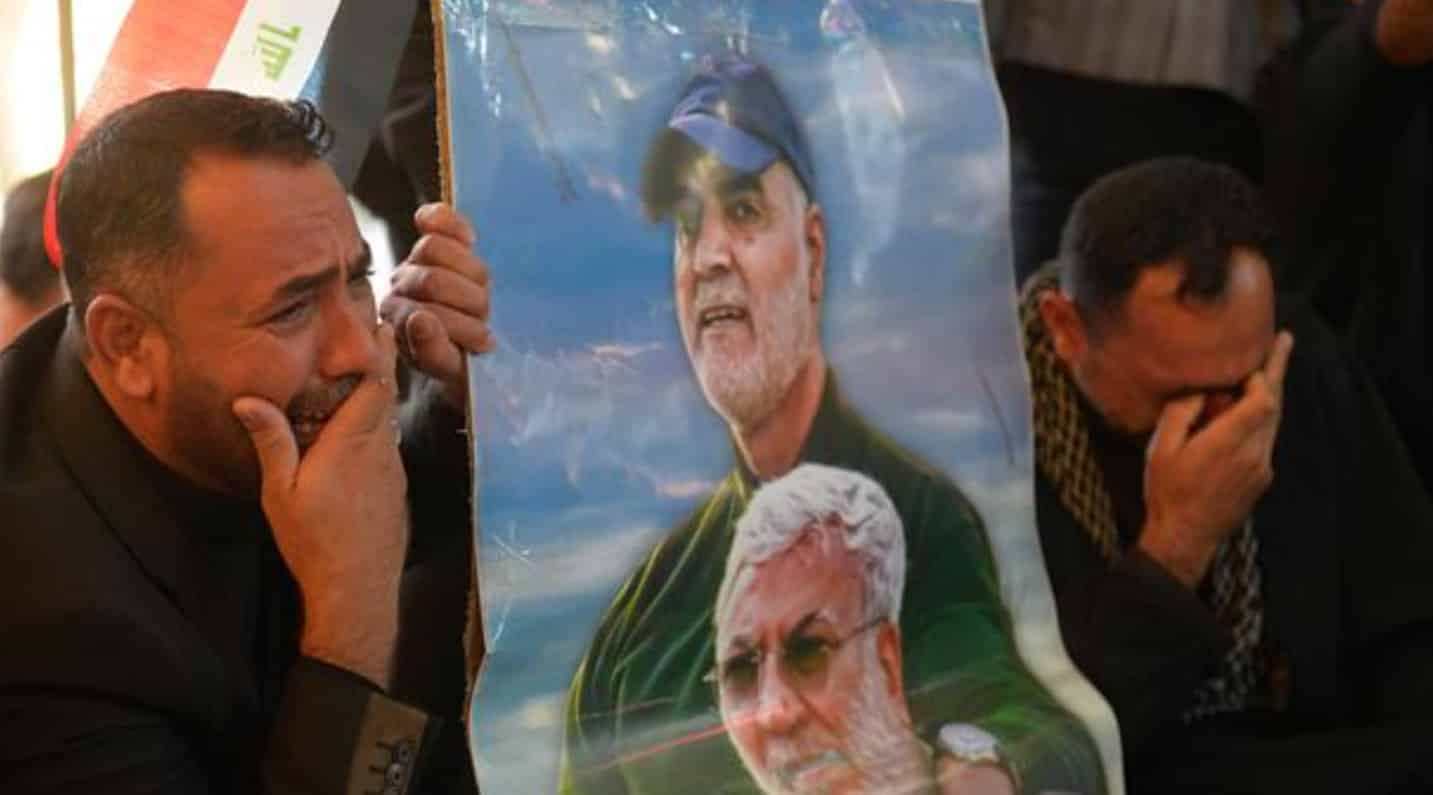 Guardian: A Baghdad court has issued a warrant for the arrest of the US president, Donald Trump, as part of its investigation into the killing of a top Iraqi paramilitary commander.

The strike on their motorcade was ordered by Trump, who later said it had taken out “two [men] for the price of one”.

Press TV: An Iraqi court has ordered the arrest of outgoing US President Donald Trump as part of its investigation into the assassination of top Iranian anti-terror commander Lieutenant General Qassem Soleimani and his Iraqi trenchmate Abu Mahdi al-Muhandis in a US drone strike near Baghdad International Airport on January 3 last year.

The arrest warrant, issued by Baghdad’s Rusafa investigation court, applies to Trump under Article 406 of the Iraqi penal code, which provides for the death penalty in all cases of premeditated murder.

The court said the preliminary inquiry had been completed but “investigations are continuing in order to unmask the other culprits in this crime, be they Iraqis or foreigners.”

Iran has issued a red notice request to Interpol for the apprehension of the US president and 47 others in connection with the assassination of top Iranian anti-terror commander Lieutenant General Qassem Soleimani in the Iraqi capital Baghdad last year.

General Soleimani, the commander of the Quds Force of Iran’s Islamic Revolution Guards Corps (IRGC), and Muhandis, the deputy head of Iraq’s Popular Mobilization Units (PMU), were assassinated along with their companions in a US terror drone strike authorized by Trump near Baghdad International Airport on January 3, 2020.

Iraqi lawmakers approved a bill two days after the attack, demanding the withdrawal of all foreign military forces led by the United States from the country.

Both commanders were admired by Muslim nations for eliminating the US-sponsored Daesh Takfiri terrorist group in the region, particularly in Iraq and Syria.

The US assassination drew a wave of condemnation from officials and movements throughout the world, and triggered huge public protests across the region.

A top UN human rights investigator says the US assassination of General Soleimani was a “nail in the coffin of international law”.

Early on January 8 last year, the IRGC targeted the US-run Ain al-Assad air base in Iraq’s western province of Anbar to retaliate the assassination of General Soleimani.

According to the US Defense Department, more than 100 American forces suffered “traumatic brain injuries” during the counterstrike on the base. The IRGC, however, says Washington uses the term to mask the number of the Americans who perished during the retaliation.

‘Calls or the expulsion of the terrorist troops of America had not been made prior to the assassination.’

Iran has described the missile attack on Ain al-Assad air base as a “first slap.”

Head of the Iranian Judiciary’s High Council for Human Rights Ali Baqeri-Kani announced on December 28 last year that the country had identified and was prosecuting 48 individuals for masterminding and conducting General Soleimani’s assassination.