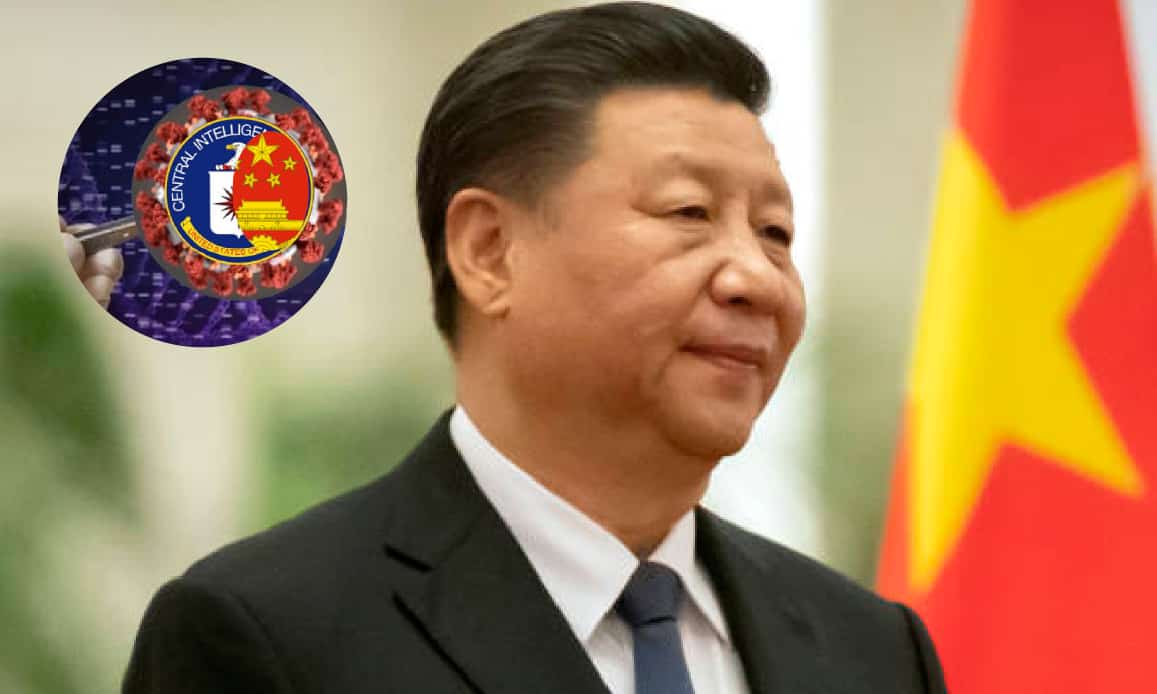 First, the People’s Republic of China opposed an international investigation into the origins of the SARS-Cov-2 virus requested above all by the United States of America. Then he accepted, in spite of itself, the mission of the World Health Organization requested by over one hundred nations, delaying the necessary authorizations in any way. Finally, yesterday, January 5, 2020, the government of President Xi Jimping (in cover pics) with a bureaucratic excuse prevented access to the first two envoys of the UN health agency’s task force although the trip had been expected and agreed for months.

The sensational news was reported with prominence by Reuters and the BBC which gave space to the disappointment of the WHO director general, Tedros Adhanom Gebreyesus. The Geneva official had used all his diplomacy to overcome China’s resistance, so much so that he was accused by some countries of being a “puppet” of China as well as of Bill Gates, the main sponsor of the UN health agency.

Gebreyesus, in fact, in the years in which he was Minister of Health and Foreign Affairs in Ethiopia he initiated numerous financial partnerships with the great Asian nation by virtue of common communist roots as a member of the government controlled by the Marxist-Leninist extremists of the TPLF (Tigray People Liberation Front).

This sensational decision was taken by China just as in Hubei province, where the first Covid-19 outbreak occurred in December in Wuhan, and around the capital of Beijing, new restrictions were imposed for a second wave of the pandemic. But the stop to the WHO delegates has been officially justified due to visa problems, even if there is a clear attempt to obstruct an international investigation into a virus that many virology and intelligence experts believe to be built in a laboratory.

The diplomatic incident occurs a few days after the conviction of the city reporter Zhang Zhan, who ended up in prison and tortured for having told the dramatic events in Wuhan since the outbreak of the pandemic with a different narrative from the official one of the Chinese Communist Party. The sentence aroused international outrage and the request for the immediate release of the reporter by the US, the EU and the UK, which obviously fell on deaf ears.

«A World Health Organization (WHO) team due to investigate the origins of Covid-19 in the city of Wuhan has been denied entry to China. Two members had already set out on their journey – one has now turned back and the other is in transit in a third country» reports BBC.

«The WHO said the problem was a lack of visa clearances. The long-awaited probe was agreed upon by Beijing in December after many months of negotiations with the WHO. The virus was first detected in Wuhan in late 2019, with the initial outbreak linked to a market» adds the site of the television broadcaster. According to British network and Reuters, WHO chief Tedros Adhanom Ghebreyesus said he was “very disappointed” that China had not yet finalised the permissions for the team’s arrivals «given that two members had already begun their journeys and others were not able to travel at the last minute».

«I have been assured that China is speeding up the internal procedure for the earliest possible deployment» he told reporters in Geneva on Tuesday, explaining that he had been in contact with senior Chinese officials to stress «that the mission is a priority for WHO and the international team».

WUHAN-GATES – 27. Scandal in SARS-Cov-2 Inquiry! Inside WHO Task-Force a Gates’ Partner who funded in Wuhan & US Chimera Viruses Tests

«We trust and hope that is just a logistic and bureaucratic issue that can be resolved very quickly» he said of the trip, developed with Beijing. The mission was due to be led by Peter Ben Embarek, WHO’s top expert on animal diseases that cross the species barrier, who went to China on a preliminary mission last July.

«Ahead of the trip, Beijing has been seeking to shape the narrative about when and where the pandemic began, with senior diplomat Wang Yi saying “more and more studies” showed that it emerged in multiple regions. Ryan has previously called this “highly speculative”. China has dismissed criticism of its handling of early cases that emerged in late 2019, although some including U.S. President Donald Trump have questioned Beijing’s actions during the outbreak» writes Reuters.

Washington, which has announced plans to leave the WHO during Trump administration, has called for a “transparent” investigation and criticised its terms under which Chinese experts conducted the first phase of research.

A FARCE MISSION IN CHINA

But as Gospa News revealed in the WuhanGates 27 report, there are many suspicions that the investigation by the WHO task force could turn into an expensive farce. Firstly because the mandate of the investigators of the UN health agency is linked to the search for the zoonotic origin of the virus and therefore excludes the hypothesis, increasingly accredited, that it has escaped a biological laboratory, such as that of the Wuhan Institute of Virology where dangerous experiments have been carried out on SARS viruses originating from Chinese horseshoe bats (such as SARS-Cvo-2) for decades.

The WHO mission was prompted during the general assembly in May by a resolution of the European Union which has every interest in avoiding investigations into the possible artificial origin of the pathogen of the pandemic because – as revealed in the WuhanGates investigations of Gospa News – was the first to fund those researches since 2004, conducted in Wuhan even with the construction of very powerful recombinant chimeric superviruses with SARS genotypes infected with HIV, the AIDS virus.

Secondly, because the investigations of the UN health agency’s task force will be based on the analysis of the results already filtered by Chinese scientists.

Finally, because among the 10 members of the WHO team there is also the Anglo-American zoologist Peter Daszak, president of the EcoHealth Alliance of New York, the NGO that has financed for years the PREDICT projects on Emerging Pandemic Threats (EPT) wanted by the Obama-Biden administration, and funded by the government agency USAID, often a financial instrument in the operations of the Central Intelligence Agency, under the supervision of the Pentagon’s DTRA agency, which specializes in the search for biological weapons.

That project, supported by the Bill & Melinda Gates Foundation, was involved in monitoring hundreds of coronavirus strains of Chinese bats and contributing to the dangerous experiments of Chinese researcher Shi Zhengli, not surprisingly nicknamed bat-woman, also for the construction of superviruses. in the laboratories of Wuhan but also in that of Chapel Hill of North Carolina University and in the National Microbiology Laboratory of Canada in Winnipeg, to name the three most famous.

The PREDICT initiative was supposed to have served to ward off new lethal and rampant infections: but in light of the new Covid-19 pandemic, it leads us to believe virologists like Luc Montagnier and whistleblower Li-Meng Yan, the Chinese researcher who fled Hong Kong in the USA where it has been placed under protection by the FBI, who believe SARS-Cov-2 is a genetically modified organism built in the laboratory.

Like them, retired Lieutenant Colonel Dr. Dany Shoham, a bio-chemical warfare microbiologist and former senior intelligence analyst for the Israel Defense Forces (IDF) and the Israeli Ministry of Defense, thinks as well.

The officer believes that this is well known to all intelligence agency in the world and brings to mind the prophecies about the Covid-19 pandemic made by former CIA deputy director Avril Haines, an expert in bio-weapons during Obama’s PREDICT project, candidate to become US Director of National Intelligence in the Biden administration. This is just another coincidence in a pandemic that lawyer Robert F-Kennedy jr believes “planned for decades by Bill Gates and Anthony Fauci”.