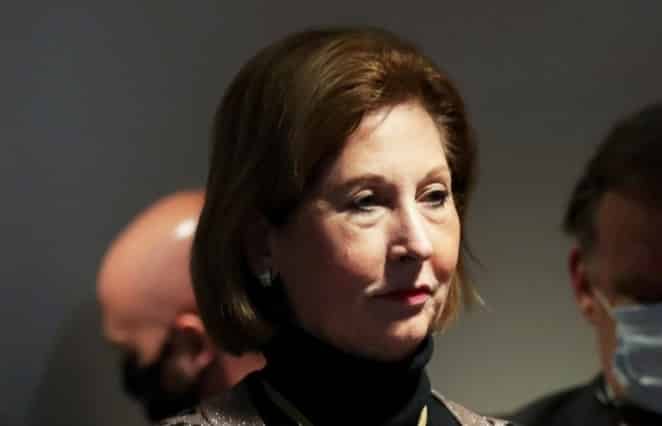 NBC News: Dominion Voting Systems, one of the biggest election equipment manufacturers in the U.S. and the subject of numerous incoherent conspiracy theories about the 2020 election, has sued lawyer Sidney Powell, who pushed President Donald Trump’s attempts to overturn election results, for defamation.

“Powell falsely claimed that Dominion had rigged the election, that Dominion was created in Venezuela to rig elections for Hugo Chávez, and that Dominion bribed Georgia officials for a no-bid contract,” the lawsuit states.

Powell didn’t immediately respond to a request for comment.

Dominion is requesting damages of more than $1.3 billion, saying it has spent millions on security for its employees and on damage control to its reputation, and risks losing future business.

A Dominion employee who was harassed by Trump supporters previously sued Powell and others. In December, Dominion sent cease-and-desist letters to some conservative media outlets that pushed the election theories, including Fox News and OAN, which led to them walking back their claims.

Claims of voter fraud have been widely rejected.

Election experts have uniformly declared that the 2020 election was conducted fairly. A union of every senior federal and state official who oversaw the election declared it “the most secure in American history.” Election security experts, many of whom popularized the notion of hacking voting machines to increase awareness of the vulnerabilities in election systems, found that “in every case of which we are aware, these claims either have been unsubstantiated or are technically incoherent.”

That has not stopped Trump and his supporters from making a variety of evidence-free claims that the election was stolen. Some of the most widespread claims targeted Dominion, which supplied voting systems to 28 states.  read more…