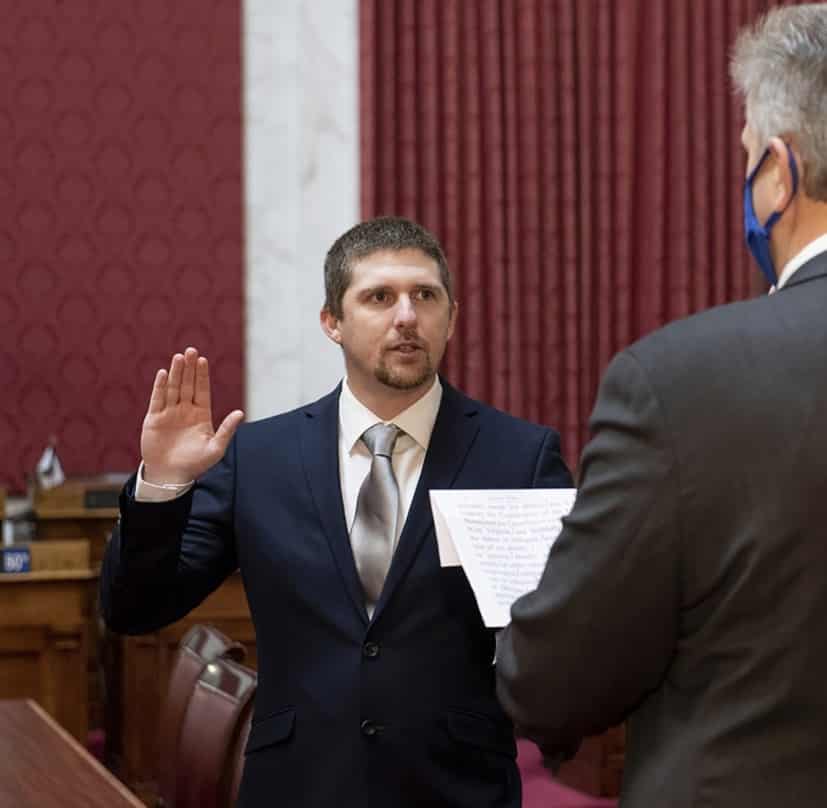 Six Republican lawmakers were part of the mob. https://t.co/bXfo6tNN81

Derrick Evans, a newly elected legislator in West Virginia, has been arrested on federal charges related to the violent riot at the Capitol.  Evans uploaded a video bragging showing him leading a violent gang assaulting the Capitol…then chickened out and deleted it, but not before the FBI made a copy and hauled his ignorant white trash ass away.

He’s charged after allegedly entering a restricted area of the US Capitol with rioters Wednesday.

A woman saying he was his grandmother came out telling us to leave as he was put in a car. #WSAZ pic.twitter.com/wK2RqFcaF7

Others being sought are listed here:

Meet Meshawn Maddock from Michigan. She is about to become co-chairman of the Michigan Republican Party. She repeatedly made baseless claims that the election was stolen from Trump along with Giuliani. She organized buses to DC and participated in the attack on the Capitol!! pic.twitter.com/fy9t9m2pVB

A reporter for the local NBC affiliate WSAZ shared a video of Evans, who serves in the West Virginia House of Delegates, being taken into federal custody.

A woman who identified herself as Evans’ grandmother confronted the reporter as he was put in a car.

Asked for a comment about the arrest, the woman said, “He’s a fine man, and thank you, Mr Trump, for invoking a riot.”