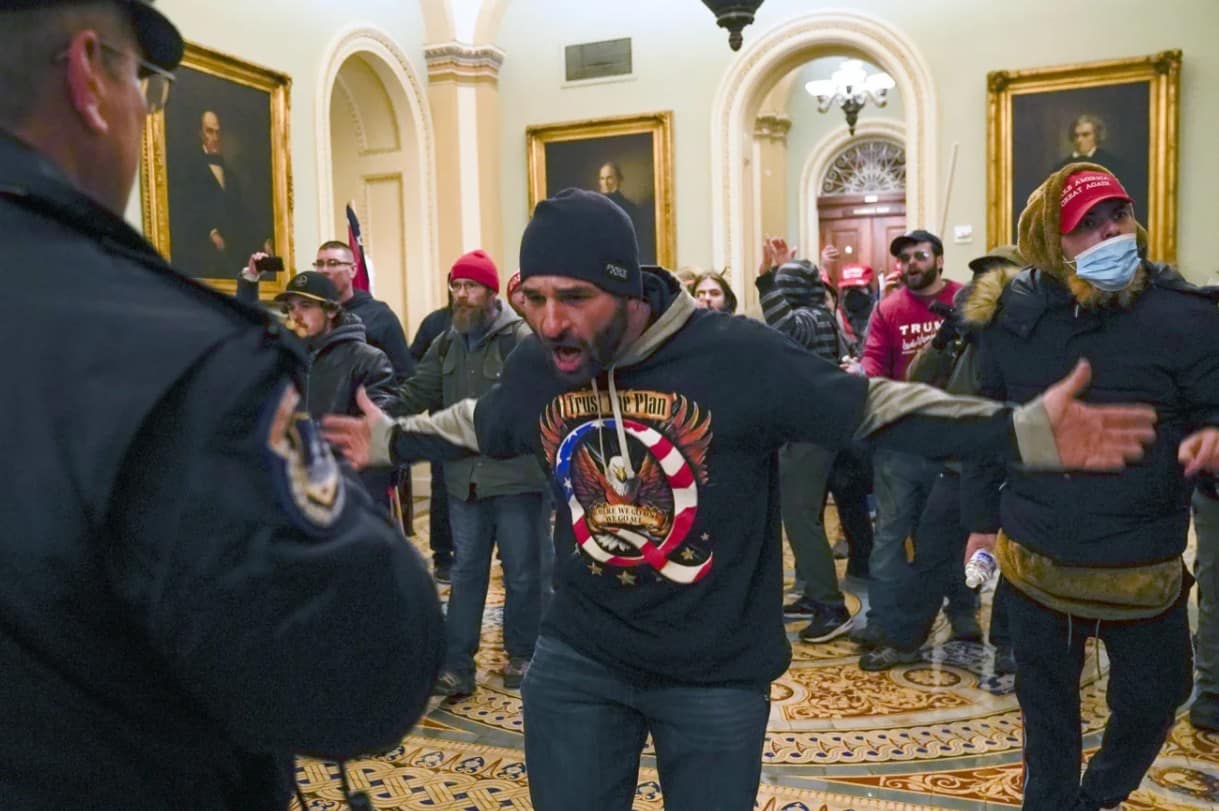 Des Moines Register: Doug Jensen, a 41-year-old Des Moines man who was photographed among the mob that invaded the U.S. Capitol, has been arrested and is in custody in the Polk County Jail, Sgt. Ryan Evans of the Polk County Sheriff’s Office confirmed Saturday morning.

He was booked into the jail at 1 a.m.

In a video posted by Igor Bobic, a politics reporter for HuffPost, Jensen appears to be one of the first people attempting to push past a police officer and into the Capitol. Jensen is at the front of the crowd and follows the officer up a staircase, running behind the officer, who is trying to keep the crowd from entering the second floor.

KCCI Des Moines: KCCI has confirmed that Doug Jensen, of Des Moines, is a former employee of Forrest & Associate Masonry in Des Moines. President & CEO Richard Felice told KCCI Jensen was a laborer at the masonry company. He has worked there for at least a few years. Felice said the company does not agree with the actions of their employee. On Friday, the company announced that Jensen has been let go.