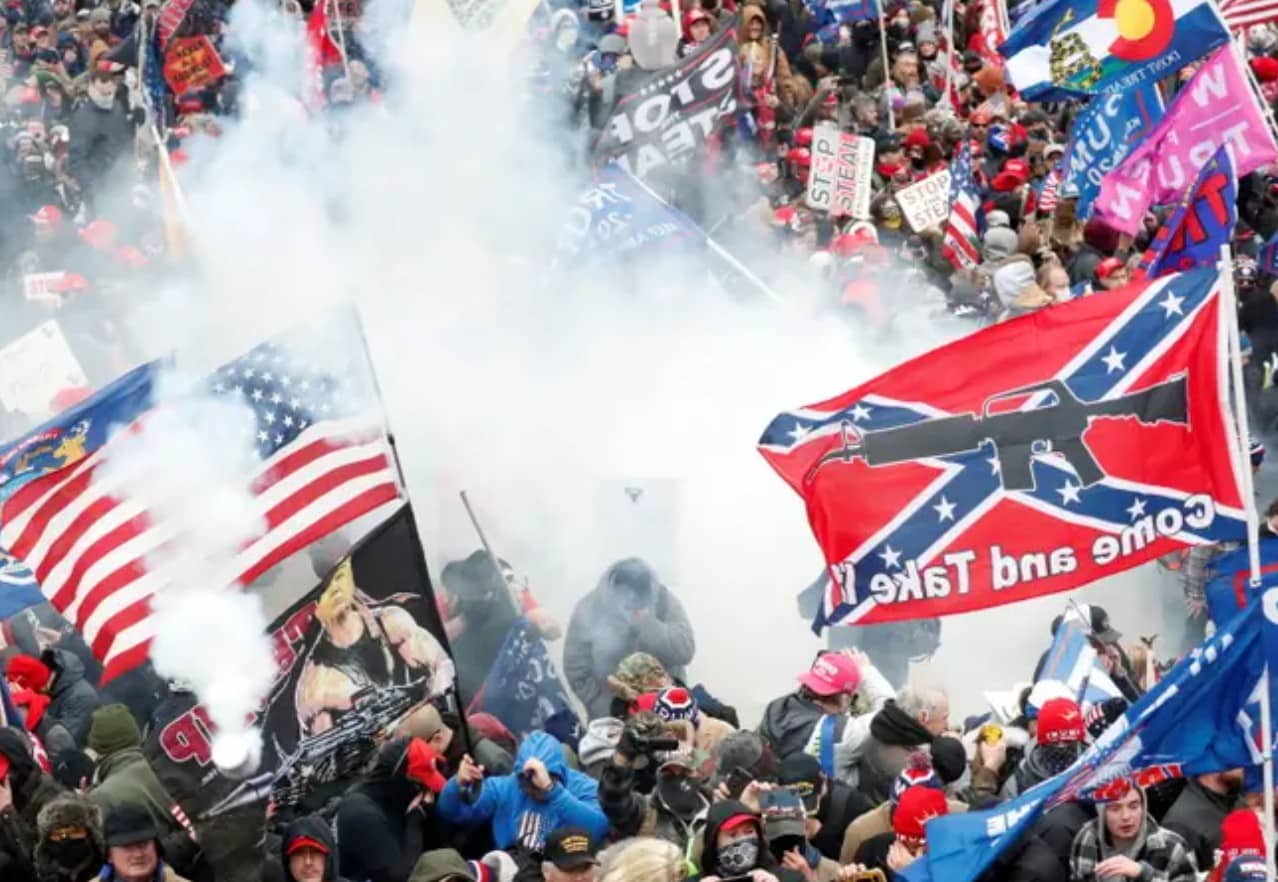 VT: While the FBI has very publicly arrested a handful of goofs and malcontents, reliable reports come in from Capital Officers who tell us that the attackers were, primarily, military’s trained with full equipment and police officers wearing their badges.

One of the largest criminal groups to join with the Proud Boys and Oath Keepers is MS 13, which has taken over several US military bases in Texas and California and maintains ties between Trump’s Russian connections and the Sinaloa and Gulf Cartels which partner with GOP power brokers in the SouthWest.  The recording below outlines these relationships in full.  The voices are Gordon Duff and an FBI official “on the record.”

Additional reports have GOP members of congress and their staffers opening doors and directing the highly organized paramilitary groups through the capitol building.  The same scenes, GOP legislators aiding insurrectionists, were repeated in state capitols around the country.

Buzzfeed News: While some of the images from that day appeared to show officers standing by to let the mob into the Capitol building, the veteran officer said that they had fought them off for two hours before the attackers eventually gained access.

The officer said that many of the widely spread images of smiling marauders, wandering the halls dressed in absurd costumes, had the effect of downplaying how well prepared some of the rioters were to overtake the building, and even to capture and kill Congress members.

“That was a heavily trained group of militia terrorists that attacked us,” said the officer, who has been with the department for more than a decade. “They had radios, we found them, they had two-way communicators and earpieces. They had bear spray. They had flash bangs …

They were prepared. They strategically put two IEDs, pipe bombs in two different locations. These guys were military trained. A lot of them were former military,” the veteran said, referring to two suspected pipe bombs that were found outside the headquarters of the Democratic National Committee and the Republican National Committee.

The officer even described coming face to face with police officers from across the country in the mob. He said some of them flashed their badges, telling him to let them through, and trying to explain that this was all part of a movement that was supposed to help.

“You have the nerve to be holding a blue lives matter flag, and you are out there fucking us up,” he told one group of protestors he encountered inside the Capitol. “[One guy] pulled out his badge and he said, ‘we’re doing this for you.’

Another guy had his badge. So I was like, ‘well, you gotta be kidding.’”  read more…