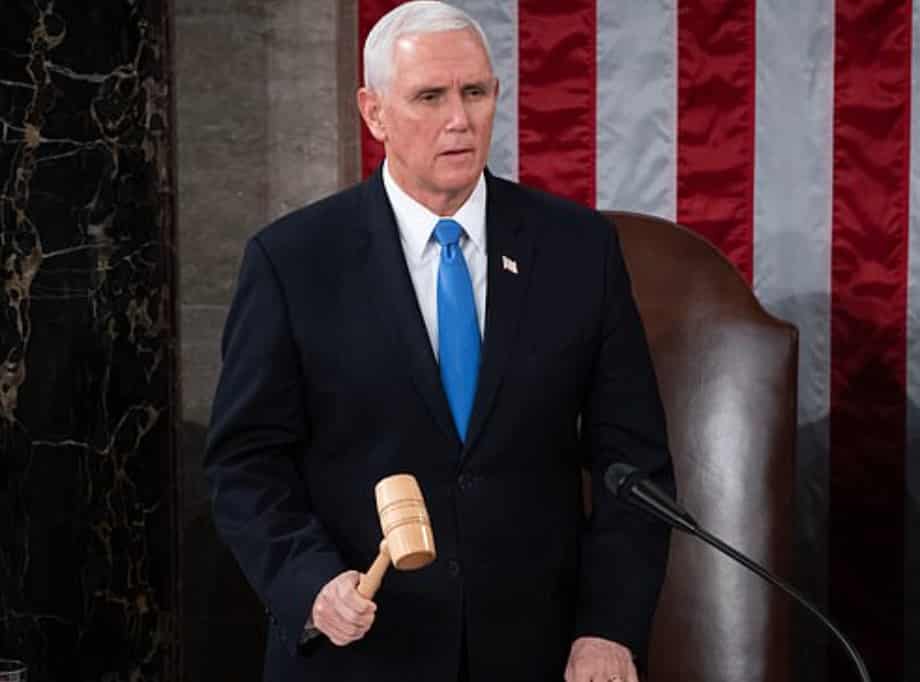 Pence decides to reopen 25th Amendment removal of Trump as McConnell tries to block impeachment until January 21…too late to stop Trump’s next attack on Washington. 3 GOP senators will join 50 Democrats at that time and Chuck Schumer as Senate Majority Leader. Trump will be impeached, opening him for criminal convictions with jail time and loss of all presidential rights and privileges.

UK Daily Mail: Mike Pence has not ruled out using the 25th Amendment to remove Donald Trump from office in the wake of Wednesday’s riot on the US Capitol that left five dead, according to a source.

Senator Chuck Schumer and Speaker Nancy Pelosi urged Pence Thursday to declare Trump unfit for office after he riled up crowds telling them to ‘fight’ moments before a mob stormed the Capitol.

The Vice President refused to take their calls and he has not spoken publicly since Wednesday’s events, leading the Democrats to begin an impeachment process as an alternative option to remove Trump from office.

But an insider told CNN that – despite Pence’s silence – the Vice President is keeping the move to invoke the 25th Amendment very much on the table for if or when Trump becomes more unstable in the days leading up to President-elect Joe Biden‘s inauguration.

The latest twist in this week’s events comes as it was revealed Pence sheltered in a bunker with his family during the Capitol riot and Trump didn’t check in on his safety.

The source said Pence’s team is concerned the president could take action that would risk national security if either the Vice President pursues the 25th Amendment or Democrats push forward with their impeachment plans.

Pence has finally seen ‘a glimpse of POTUS’s vindictiveness’ and is disappointed and saddened by it, a source told CNN.

After his numerous attempts to overthrow the presidential election through unfounded claims of mass voter fraud failed, Trump pushed the blame for his defeat onto Pence.

The president repeatedly and incorrectly claimed the Vice President could put a stop to the certification of Joe Biden’s victory in the Electoral College.