WOW. Miya Ponsetto’s outrageous attack on 14yo Keyon Harrold Jr was enabled by @ArloHotels, owned by Quadrum Global. They must also be held accountable! Individual acts of racism are given power by cops & companies like @ArloHotels that ratify and proliferate structural racism. pic.twitter.com/aR3jxCquCx

VT: We not only have our own questions but we my ask what the hell this “22 year old girl” was doing in New York or Las Vegas.  We have our own ideas, based on her behavior and we think its about time we learned how she actually earns a living. 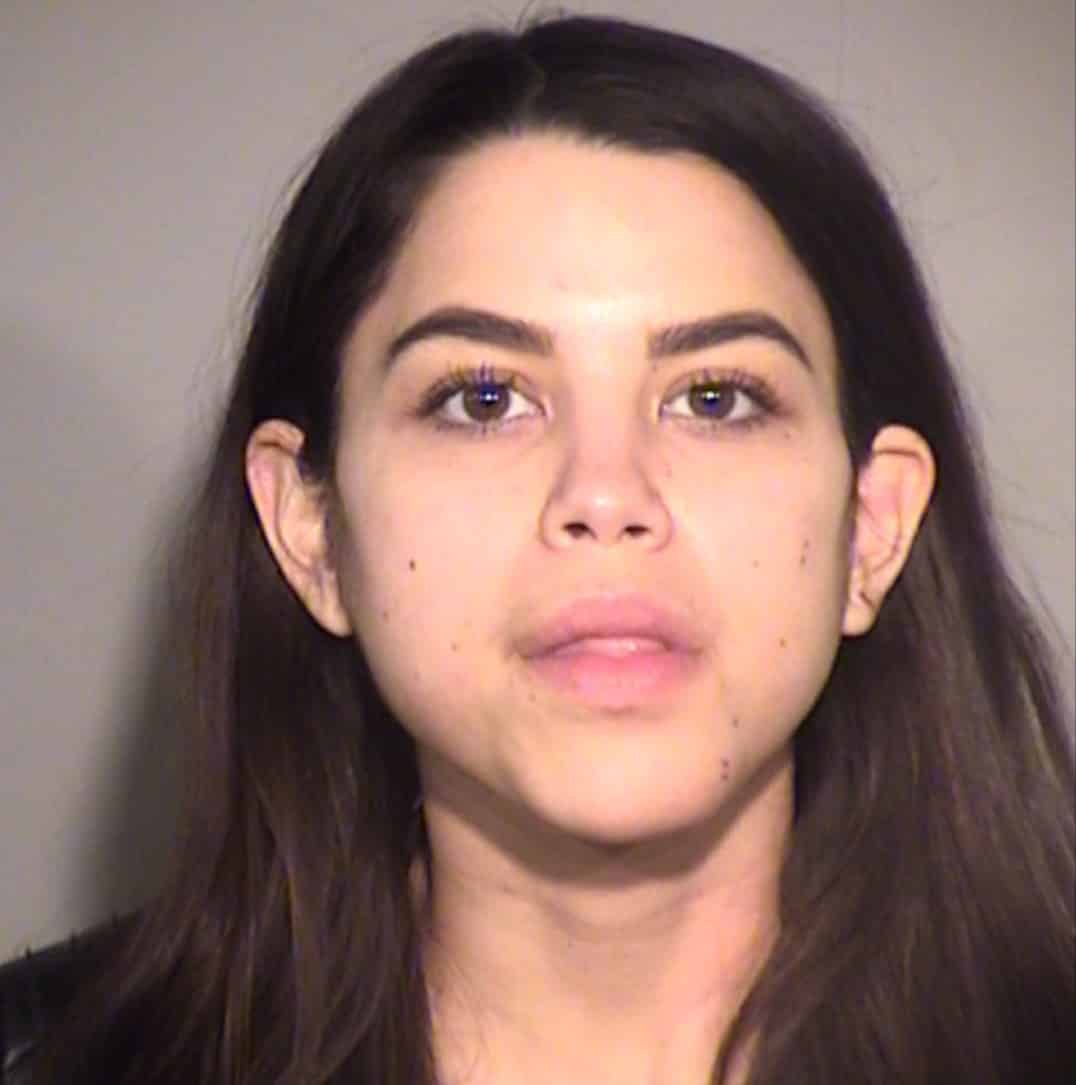 Guardian: A 22-year-old California woman who wrongly accused a Black teenager of stealing her phone and tackled him at a New York City hotel in a widely seen video was charged after returning to the city on Saturday.  From her social media, a photo that looks like it might be advertising goods and services:

Miya Ponsetto was charged with attempted robbery, grand larceny, acting in a manner injurious to a child and two counts of attempted assault, according to city police. NYPD detectives flew to California on Thursday with a warrant for the Piru resident’s arrest.

Ponsetto’s confrontation with 14-year-old Keyon Harrold Jr on 26 December at the Arlo Hotel in Manhattan was recorded and posted online by the boy’s father, jazz trumpeter Keyon Harrold.

The video shows an agitated woman demanding the teenager’s phone, claiming he stole it. The phone was found soon afterwards, in an Uber.

Security video released by police shows Ponsetto frantically grabbing at the teenager as he tried to get away from her through the hotel’s front door.

The charges follow more than a week of intense media coverage and demands by the teen’s family and activists that she face criminal charges.

Ponsetto apologized but defended herself in a television interview conducted before she was arrested in California.