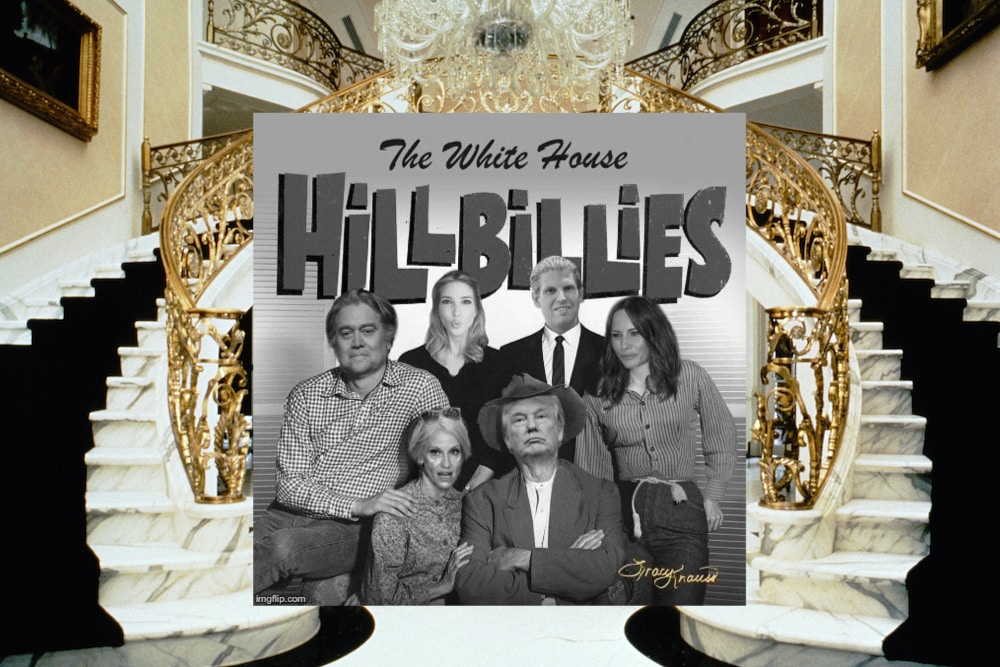 Somebody asked: WTF is up with Trump’s clownish coup d’etat maga-fail?  I answered:

Trump was always a false flag whose purpose was to discredit populism. (And hand Likkud everything it wants.)

The Congressional-invasion carnival was the final episode of the reality TV show “President Trump”—a remake of Beverly Hillbillies, with a dimwitted Russian-mob-owned dufus striking electoral oil and incongruously moving into the Oval Office and hilariously screwing everything up.

This final act was a 9/11 style spectacle casting populism as the evil enemy we must spend the next 100 years annihilating.

Here’s the theme song we’ve been hearing subliminally every night for the past four years:

Come and listen to my story about a man named Don
Unlike Dersh he couldn’t keep his undies on,
Jeffrey Epstein filmed him doin’ something really crude
Bibi said “you’re Zionism’s kind of dude

Well the first thing you know ol Don’s a president,
Russian mob said “Hell, this is heaven-sent!
Ol Washing-tooney is the place ya oughta be”…
So they loaded up the Trump truck and drove it to DC

The Diss-tricked, that is. Congress-critters, Freemasons.

Old Don bought a White House, lordy it was swank
Next door neighbor owns the Fed & World Bank.
Lotta folks complainin’ but the people found no fault
‘Cause all Trump’s tax returns was locked up in a vault

Well now it’s time to say good bye to Don and all his kin.
And they would like to thank you folks fer kindly droppin in
To Congress like barbarians to loot & smash & steal
Reality show’s over…so now’s time to get real: