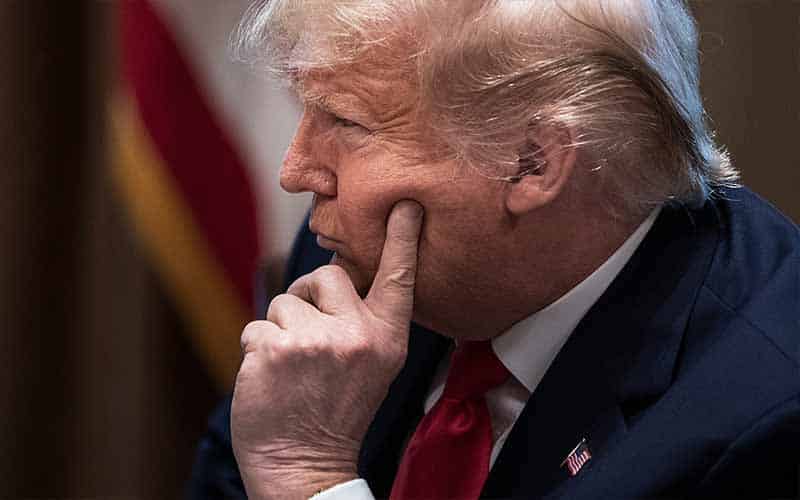 The Presidency of Donald J. Trump is over. He’s kicked and screamed against it more than any other American President in history and caused untold damage to faith in American democracy on his way out, but he’s finally at the end. His court challenges have failed. The attempted insurrection he played a hand in raising against the country on January 6th didn’t get him anywhere. After January 20th, Trump will be gone, and all things being well, the United States of America will finally begin the long, arduous journey toward recovering from this chaos we’ve been subjected to.

As things are finally now at an end, we thought it would be a good time to reassess the promises Trump made to the American electorate before his first term and appraise his success. This probably won’t count as a spoiler to most people, but it isn’t going to read well. It turns out that Trump doesn’t stick to his promises. That shouldn’t come as a surprise to the majority of people. This is a man who managed to go bankrupt with a casino in Atlantic City. Granted, Trump didn’t get the opportunity to make money through online slots in the same way that most casino operators can today, but that’s still a shocking failure. He’s actually become the first serving US President to star in an UK casino – “Rocket Men,” to be precise, but he’s never made money from one. It should have been easier to make money with a casino in the time before online slots, not harder. America should have seen this catalog of failures coming.

Let’s get this litany of failure underway.

The existence of Obamacare was one of the biggest bugbears of Trump supporters in the run-up to the 2016 election (doesn’t that feel like a long time ago now?), mostly because it felt too much like socialized health care for their liking. Among the many criticisms leveled at it, Obamacare was described as “a job killer” (which turned out to be incorrect), too costly for businesses, and an imposition on the private health care arrangements of citizens and the medical professionals who treated them. Republicans wanted it gone, and Trump promised he would make it happen.

While Trump’s most ardent supporters will tell you he delivered on this promise, the reality is that Republicans never managed to pass a repeal bill or a reform bill and quickly gave up on the idea when it became increasingly apparent there was no appetite to do so. Instead, they’ve hacked away at Obamacare and challenged it in court, but the matter is still with the Supreme Court as we head toward Biden’s inauguration. Obamacare survived the duration of Trump’s presidency.

Mexico Will Pay For A Border Wall

This was the loudest and most oft-repeated of all Trump’s pre-election promises. His supporters chanted it at rallies. A wall was going to be built across the entire US-Mexican border, and Mexico was going to pay for it. It didn’t matter that there was no means of compelling Mexico to do so – the hope appeared to be that if Trump said it often enough, it would magically become true.

Here in 2021, 194 miles of wall exist across the border, but only three of those miles are new. The rest of the construction work has focused on replacing or reinforcing walls that already existed. Mexico hasn’t spent a dime on it. Even some of the Republicans who vociferously supported the idea of a border wall have since backed away because of the associated costs. Trump’s demand for five billion dollars of taxpayer money to fund his wall led to a government shutdown in December 2018. It’s thought that the total cost will eventually exceed twenty billion dollars, assuming that construction work continues under Biden. That’s far from guaranteed, and in any event, the fact that Mexico didn’t pay for it means this promise was broken.

Trump, has he repeatedly told us on his way into office, was a successful businessman. If anyone knew how to clear America’s colossal national debt without harming the public of the country’s infrastructure, it was him. At the time he took office, the national debt stood at around nineteen trillion dollars. That’s no small amount, and it was always a big ask for anyone to clear it in the eight years (two terms) that Trump promised. Still, though, he ‘knew Wall Street better than it knows itself,’ so he was capable of it.

Trump will never get a second term, and so we don’t know if he’d have been able to achieve this. The signs aren’t good, though. Debt has increased exponentially during his term, reaching twenty-seven trillion at the time of writing. The pandemic certainly hasn’t helped, but the debt wasn’t reducing even before that point. Add this one to the broken promise pile.

Here’s another one that was chanted a lot at rallies. “Lock her up” may well go on to be viewed as history’s great ironies if events continue to trend in their current direction, but we’ll see. Before the election and even during debates, Trump promised to instruct his attorney general to appoint a special prosecutor and ‘look into’ Clinton’s situation.

Hillary Clinton is still a free citizen, and no special prosecutor was ever appointed. Trump appeared to back away from this promise the moment he entered office and never picked up on it again. By November 2016, his official line was that he’d decided not to pursue a special investigation because he wanted to help Mrs. Clinton “heal,” whatever that meant. Hillary Clinton was never locked up. The promise was broken.

There were a few successes among all these failures. He slashed regulations that some businesses felt were impeding them (although whether you believe backing out of the Paris Agreement on climate change was a good move is down to you). He increased military spending, and moved the Israeli embassy to Jerusalem. He was also oversaw bombing campaigns that significantly reduced the threat of ISIS. These were lower-tier promises, though. The ones that made the headlines are the ones he failed to deliver on – and those failures – among many others – are probably what he’ll be remembered for.