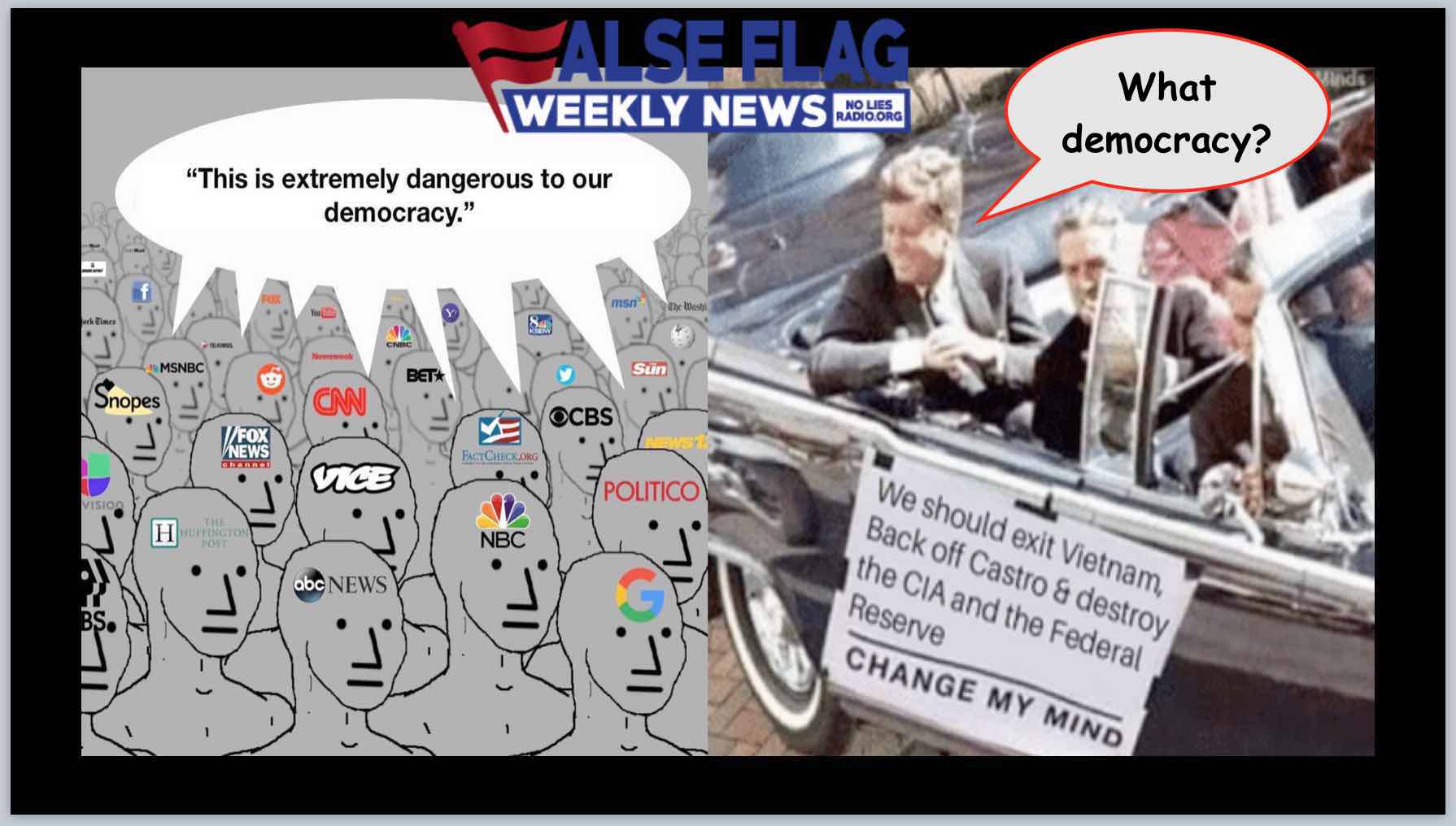 This week’s False Flag Weekly News (click HERE for links to the 41 stories we covered) included an anti-Q-Anon PSA with a smattering of profanity (who can resist swearing at those d*mbf**ks) and a few of the same violent images of the Capitol riot that were shown on network news. Normally that level of naughty language and newsworthy violence wouldn’t merit age restriction. But FFWN is strongly anti-Zionist and anti-censorship, and both positions are basically illegal these days. So they apparently used the age restriction gimmick as an excuse to harass us and limit viewership, the same way they gave me a bogus strike for “impersonation” (whatever that means) a few months ago.

The tech oligarchs’ post-2016 censorship riot is the single biggest factor driving destabilization of the US political system and a looming civil war. As the MSM tells us, “conservatives don’t feel they’re treated fairly on social media” (and in the rest of the MSM). And as all my conservative friends tell me, because of this perception of EXTREME unfairness, they have stocked up on combat weapons and ammo and are all set to start shooting. “Can’t shoot my mouth off any more? OK, guess I’ll have to start shooting other things.” For an illustrious but far from atypical example of this attitude, check out my recent interview with Dr. Alan Sabrosky.

They wouldn’t feel that way if social media platforms (as opposed to publishers) had continued to respect the First Amendment by treating all Constitutionally protected speech equally. Prior to the mid-2010s, it would have been unthinkable not to. But ADL-fueled hysteria about confederate nazis, and the rise of Idiot Trump, set off the censorship avalanche that is about to cause a violence avalanche.

Censorship IS violence. Censorship by a monopoly and de facto public utility functioning as the de facto national town square is worse than violence: It’s treason. Resistance to censorship, by any means necessary, is laudable self defense.

That’s why, at the end of the day, as much as I loathe Trump, if it came down to having to either live under a Trump dictatorship with a free speech internet (with all platforms legally bound to follow the laudable pro-1st-Amendment policies of Gab and Parler) or the current Zionist-internet-oligarch-ruled censorship dystopia, I would hold my nose and join the revolution.